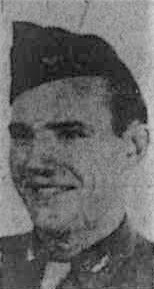 The Knoxville Journal, June 11, 1944
Second Lt. Jack M. Thames, son of Rev. And Mrs. R.H. Thames,  has received his wings and commission as aerial navigator at an AAF Traning Command School located in a Southern State. As graduate of this school, he was transferred to operational and replacement training unit, where he will train for combat with his future battlemates.

The Johnson County, News, September 14, 1944
Lt. Jack M. Thames, son of the Rev. And Mrs. R.H. Thames, of Morristown, Tenn., formerly of Mountain City, was reported as missing in action over Germany since August 24. Lt. Thames is Navigator on B-17 and was based in England. He has been overseas only two months and at the time of entering service resided in Mountain City. Rev. Thames served as pastor of the Mountain City Methodist Church, and last October was moved to Morristown. 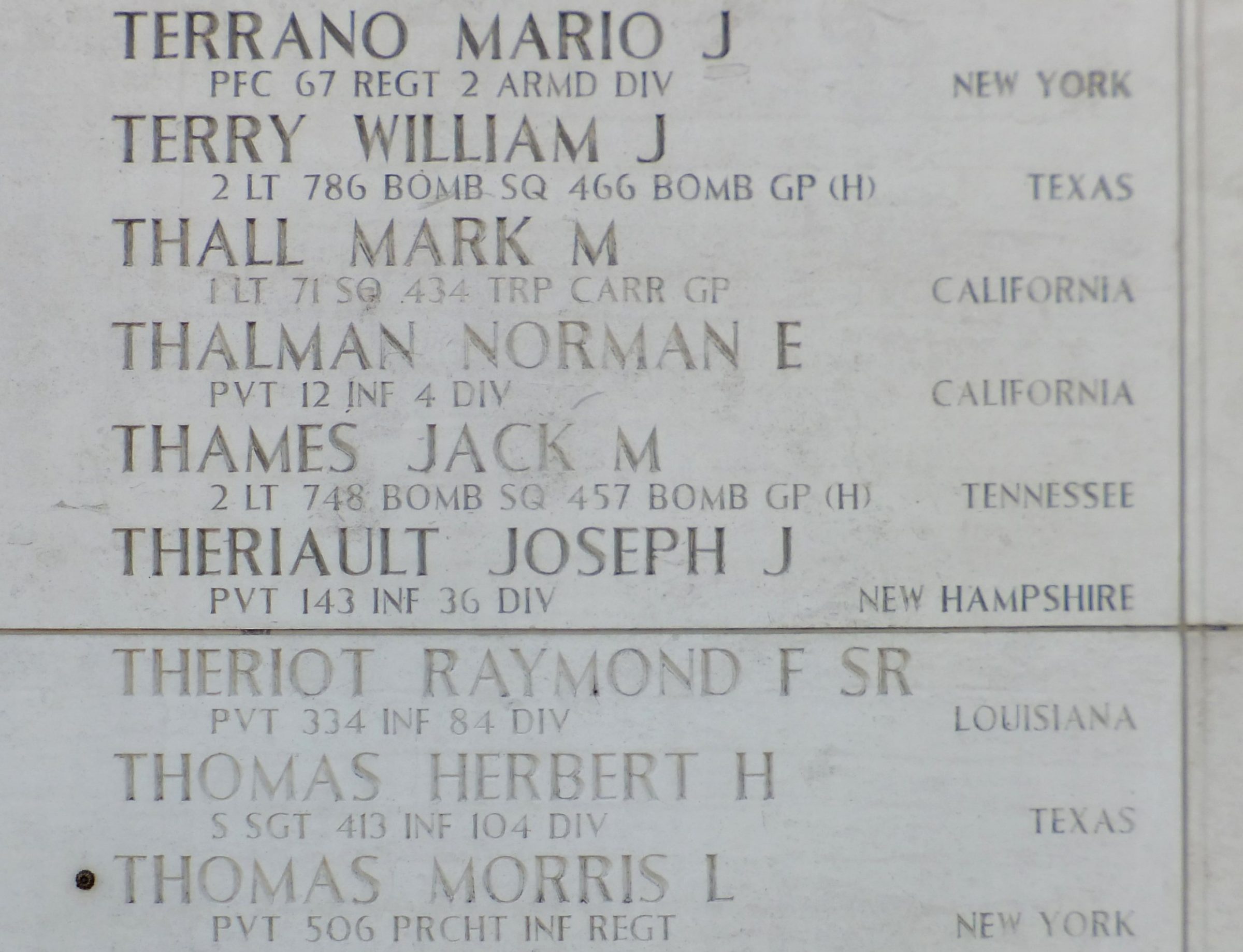 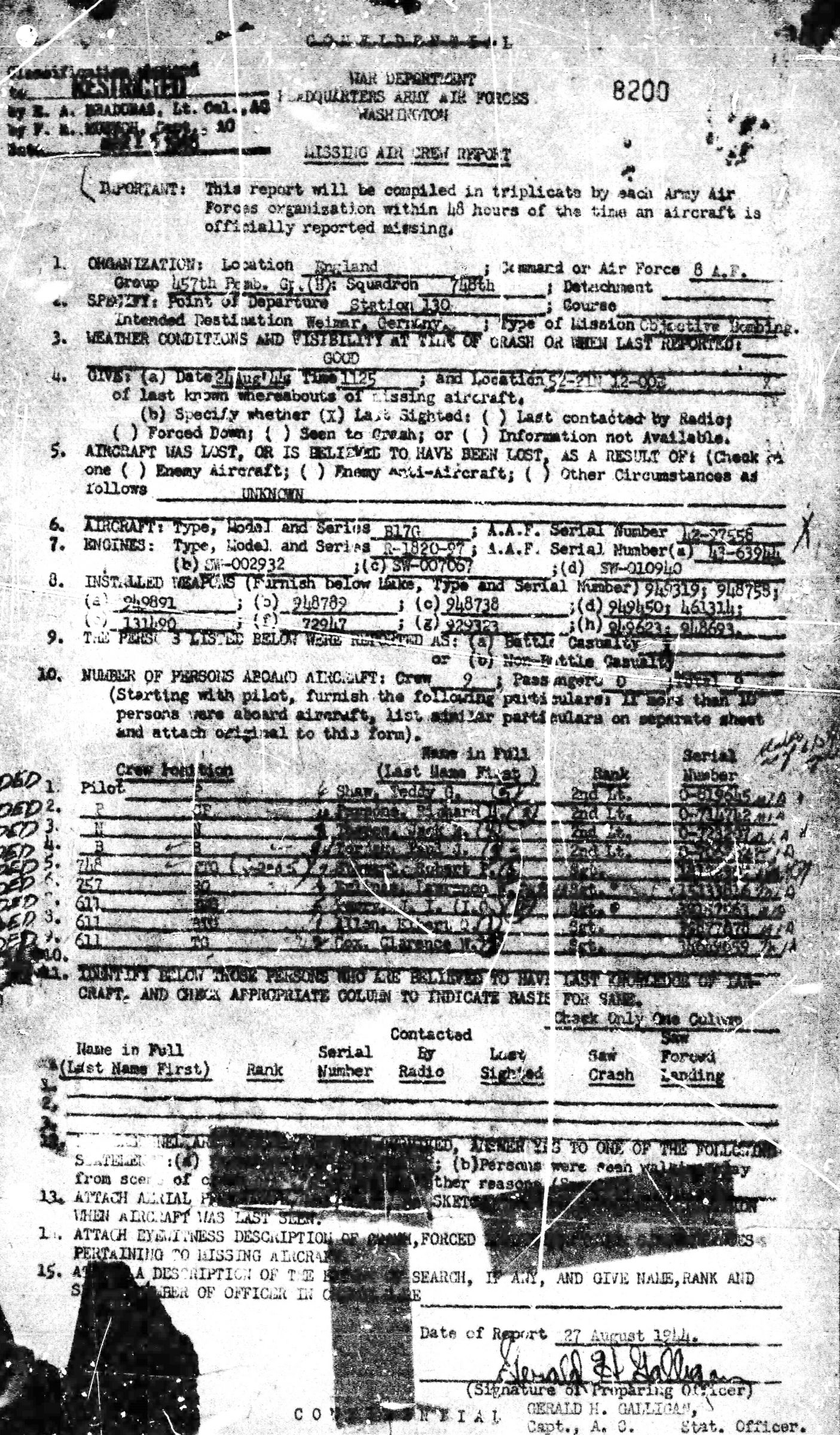 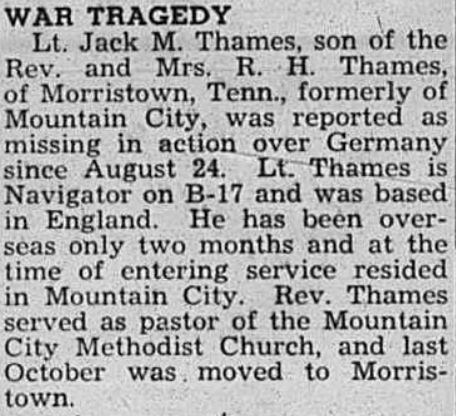