Second Lieutenant Brock was the pilot of a F-80C Shooting Stat fighter interceptor with the 8th Fighter Bomber Squadron, 49th Fighter Bomber Group. On February 20, 1951, while on a combat mission, his aircraft received a direct hit by anti-aircraft fire, burst into flames, crashed and exploded. His remains were not recovered. HIs name is inscribed on the Courts of the Missing at the Honolulu Memorial.

The Knoxville News-Sentinel, 20 Feb. 1952
A McMinn County Air Force pilot, Lt. Jack M. Brock, has been killed in action in Korea, the Defense Department reports. He was the brother of Newell H. Brock of Englewood. Lt. Brock was a pilot of a F-80 Shooting Star. He was reported missing in action Feb. 20, 1951, while on a strafing run on an enemy installation. He was one of eight brothers who saw service in World War II. 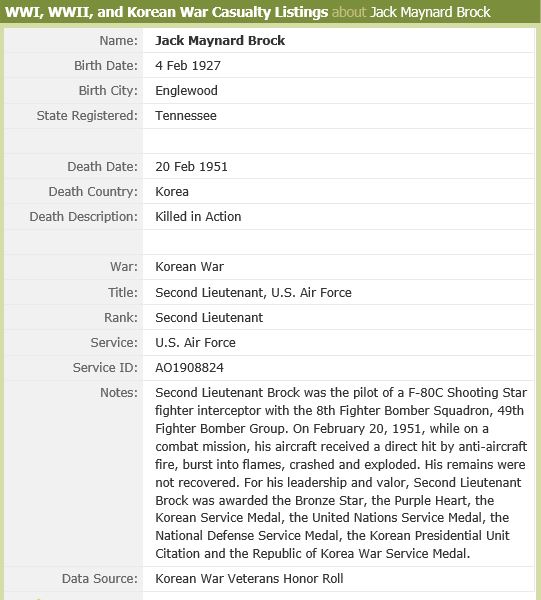 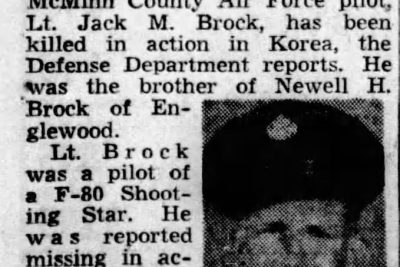 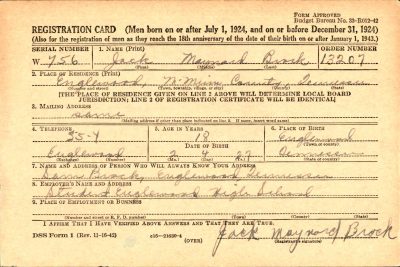