He was killed in action and is listed on the Tablets of the Missing, Netherlands American Cemetery, Margarten, Netherlands.

According to a German report the plane was shot down into the sea 20 Km north of Wangerooge one of the Frisian Islands, and Norman Goodwin was recovered from the sea, taken to a hospital on the Island of Norderney where an amputation of his left thigh was performed. Goodwin was subsequently returned to the U.S. John Brown was also picked up from the sea and sent to a hospitial at Sanderbusch. Both Frank Podbielski and William Lucas were recovered by Coastguard boat at 10h00 and transfered to Dulag Luft, Oberursel on 26 June 1943.

A statement made by Frank Podbielski in which he described the final minutes of his aircraft says, in part, “After 30 minutes of combat action, the top turret guns were silent. TSgt Beck could have been wounded or killed. SSgt Goodwin lay wounded on the floor of the radio room. Sgt Russo lay wounded to the right of the ball turret after administering first aid to Goodwin. According to email received by Ed Cox, Lt Cox’s nephew, Lt George Mutt Cox survived the bailout but died later in the POW camp. Also in the email, Lt Cox’s sister states that Lt Cox told her the name of the aircraft was Bar Fly. 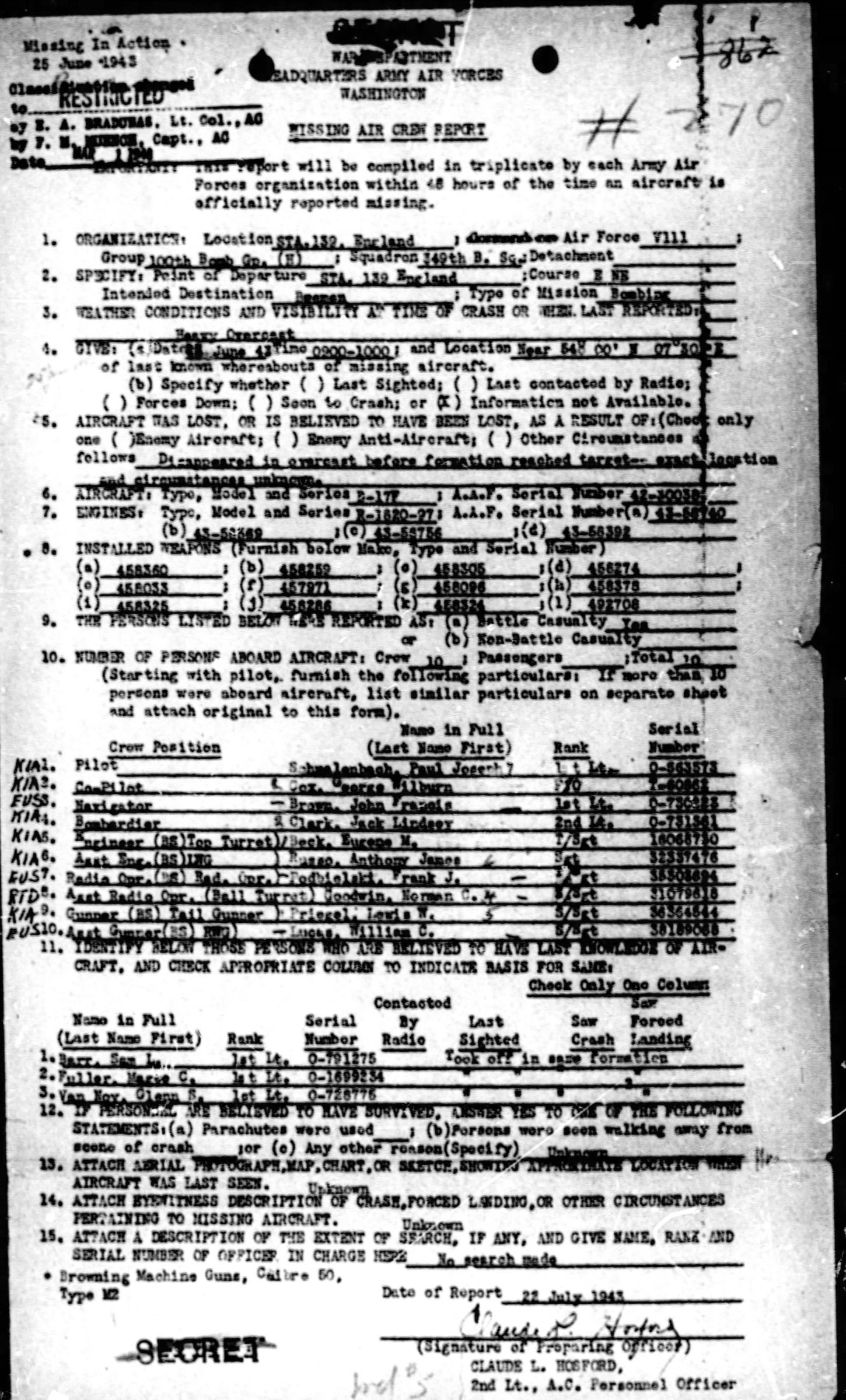 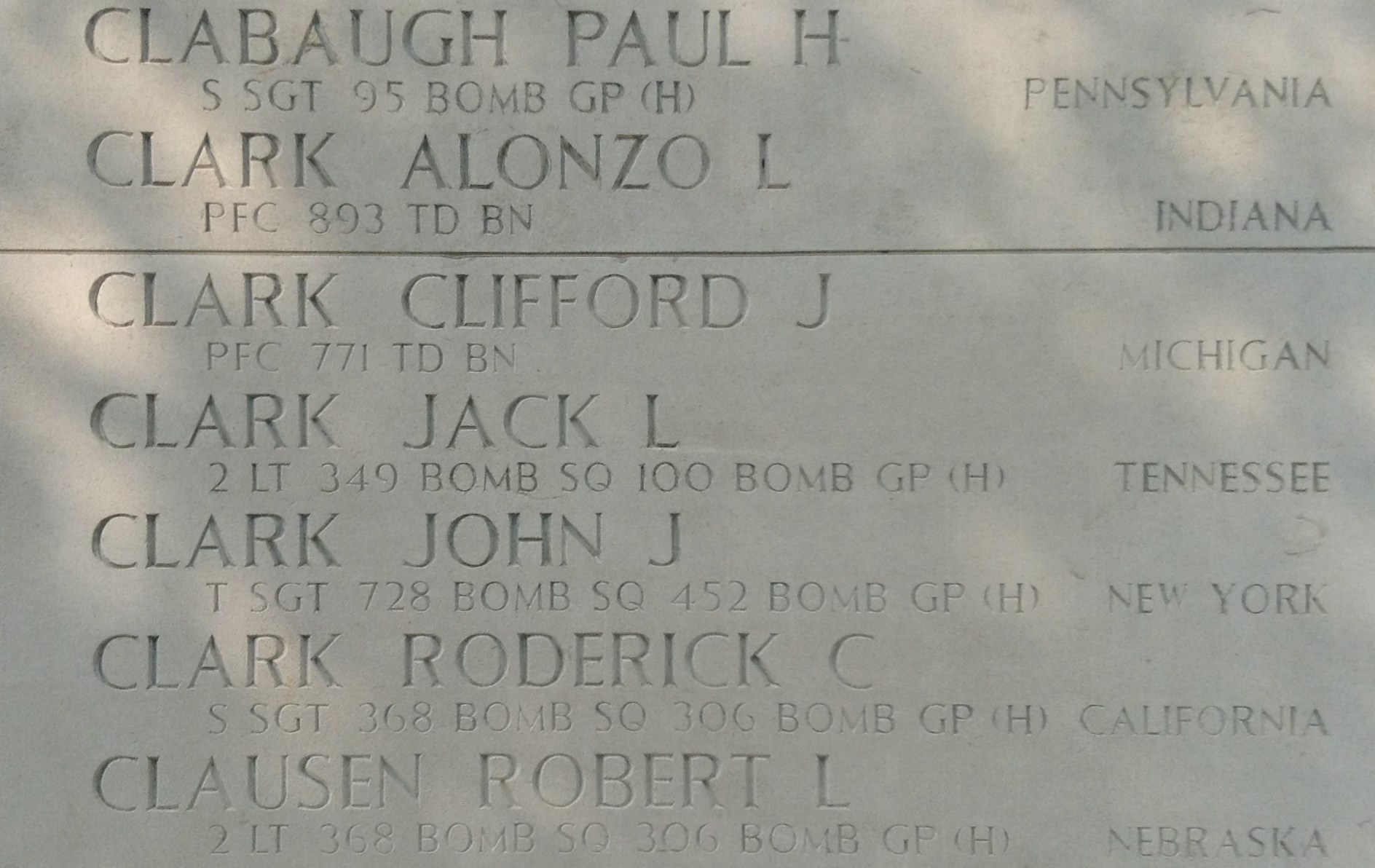