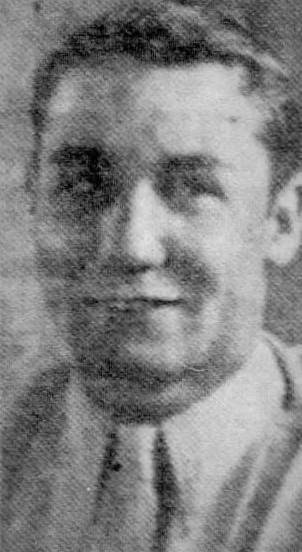 Jack Leonard Bowers was born on 29 January 1925, son of James Bowers and Ella Cleo Daugherty Massengill. Pfc Bowers served in the European Theater of Operations under General Patton. He was killed in action at the Battle of the Bulge on 3 January 1945
Buried at Highland Memorial Cemetery, Knoxville, TN.

The Knoxville News-Sentinel, January 24, 1945
Mrs. W.H. Massengill, 2606 Division Street, received a letter from her son, Pfc. Jack L. Bowers, the same day that she received a telegram from the War Department notifying her that the boy had been killed in action Jan. 3 in Belgium. The letter from Pfc. Bowers was dated Dec. 21 and stated that he guessed he would “have Christmas dinner in a foxhole, But I hope to be home soon.” He had been in the Army two years. He has been overseas six months. He had written that he participated in the German invasion.
Surviving besides his mother, are two sisters, Mrs. Minnie Anderson and Mrs. Alice Spencer, Knoxville; a brother, Pvt. Carl O. Bowers, Camp Roberts, Cal., and his step-father, W.H. Massengill; a step-sister, Miss Ida Massengill and a step-brother, James Massengill, all of Knoxville. 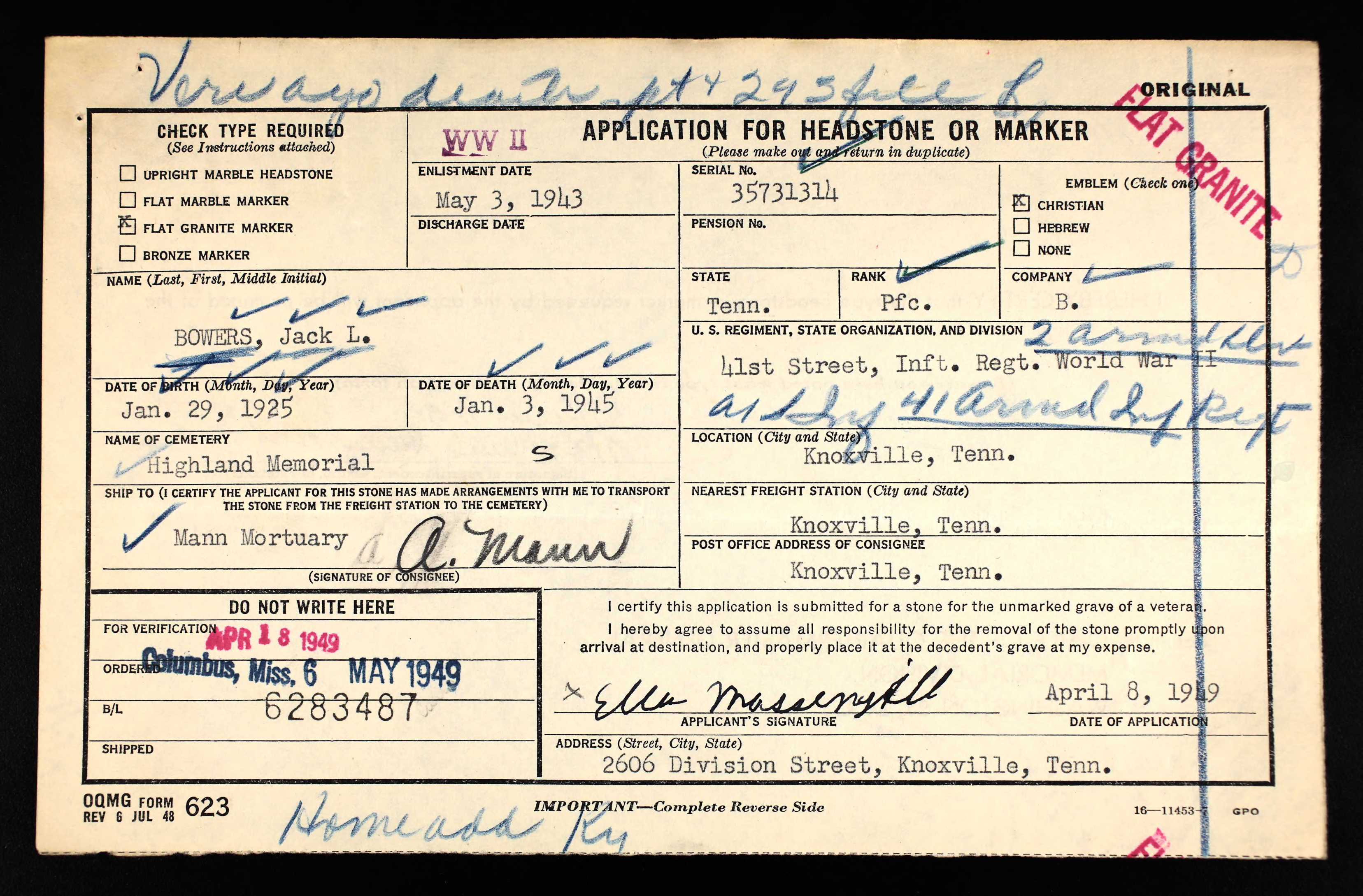 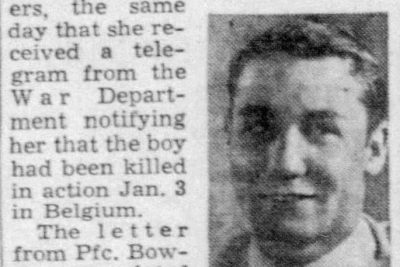 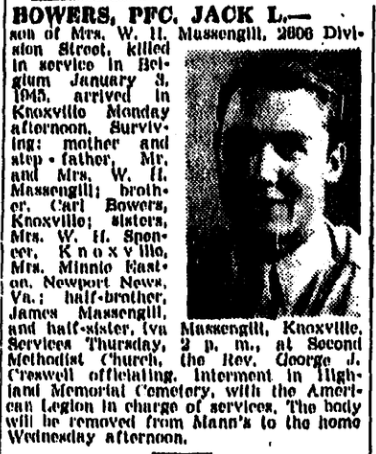