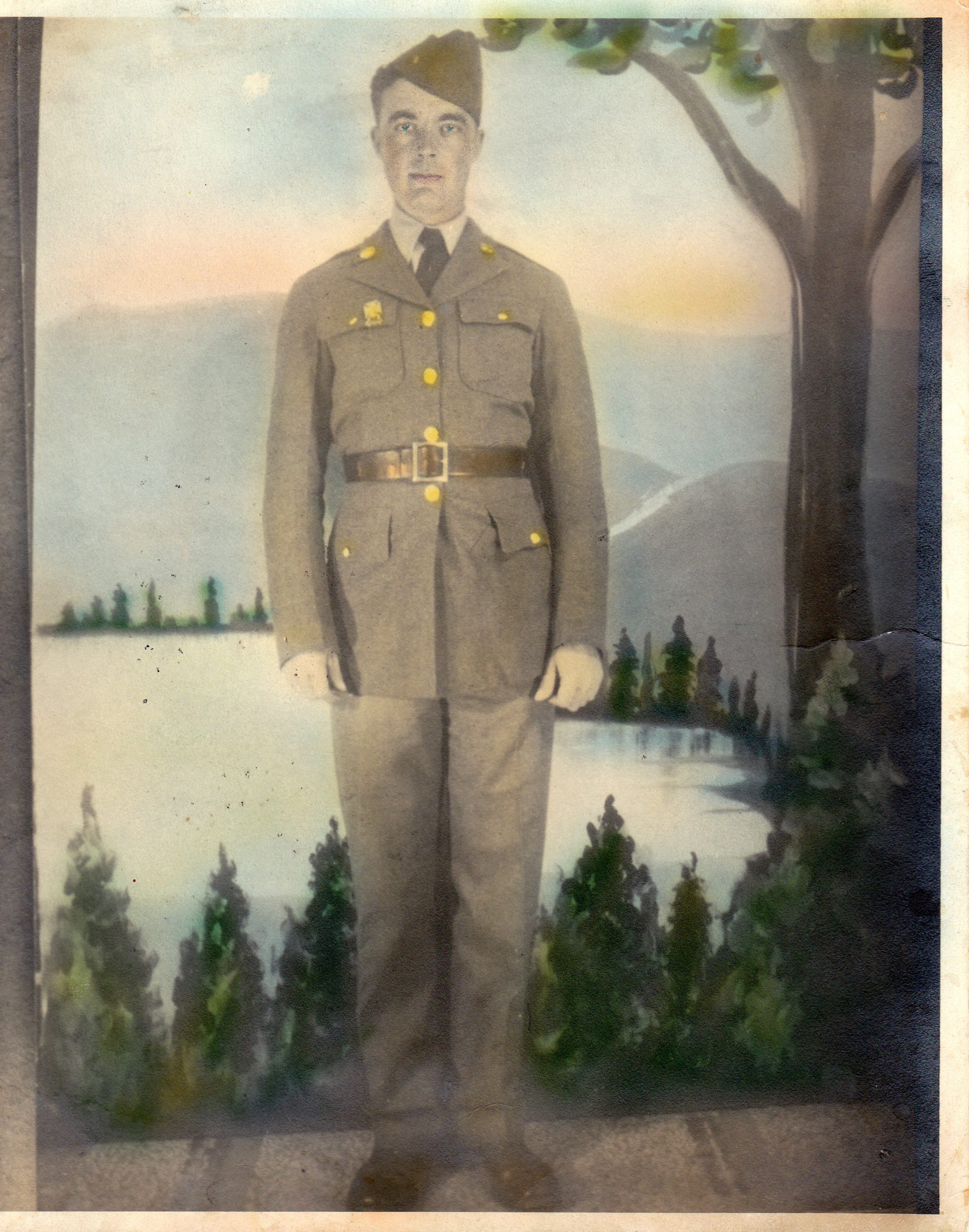 The Knoxville News-Sentinel, February 3, 1944
Mrs. Lula Haire, Washington Pike, Route 6, has received official notice from the War Department that her son, Pfc. Jack Haire was killed in action on New Britain Isles Jan. 16. Pfc. Haire, a member of an infantry detachment, had been in service two years. He is remembered as a caddy at the Municap Golf course here, and as an amateur golfer. He has two brothers in the service, Pfc. Richard Haire, in Camp Butler, and Marine Pfc. Ralph Haire, San Diego, Calif. 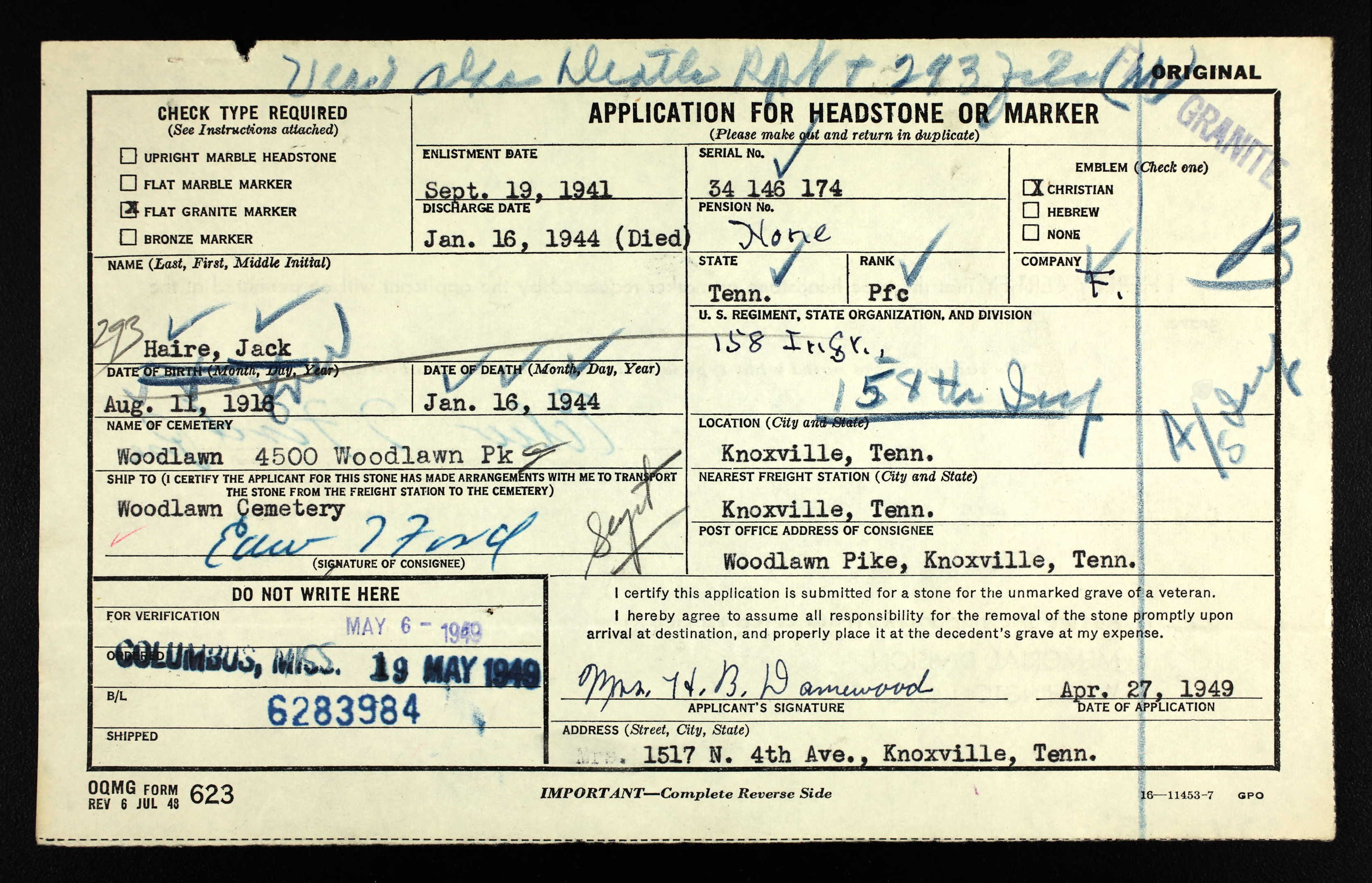 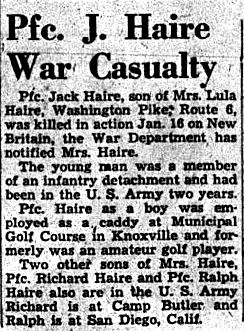 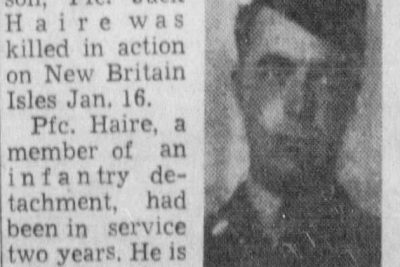