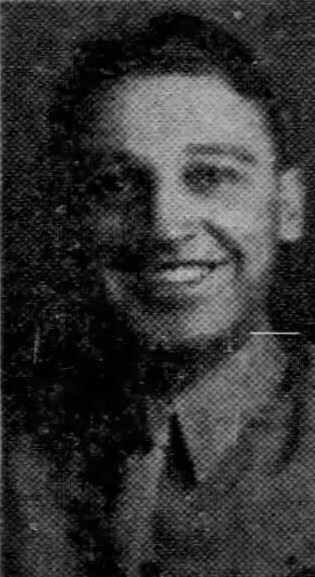 The Knoxville Journal, December 8, 1944
Staff Sgt. Jack Martin, 25, a former football guard at Young High School, and son of Mrs. Bernice Martin, 1514 Woodbine Avenue, was killed in action on Leyte in the Philippines Oct. 20, his relatives have been notified. Staff Sgt. Martin and another rifleman ran close to a pillbox and fired a stream of rifle bullets to keep the Japs busy, while Pvt. Edgar Johnson moved up with a flame-thrower. Later Martin was mortally wounded by the enemy, according to description of the action given by war correspondent on Leyte.
Mrs. Rena J. Martin, wife of Sergeant Martin, and their daughter Jackie Ruth Martin, live at Powell Station. Other  survivors are a brother, Neal Martin at home and another brother, Marine Pvt. Robert L. Martin in Palau Island in the same theater where Sergeant Martin was killed. Two other brothers, Seaman W.E. and Guy C. Martin are in the service. 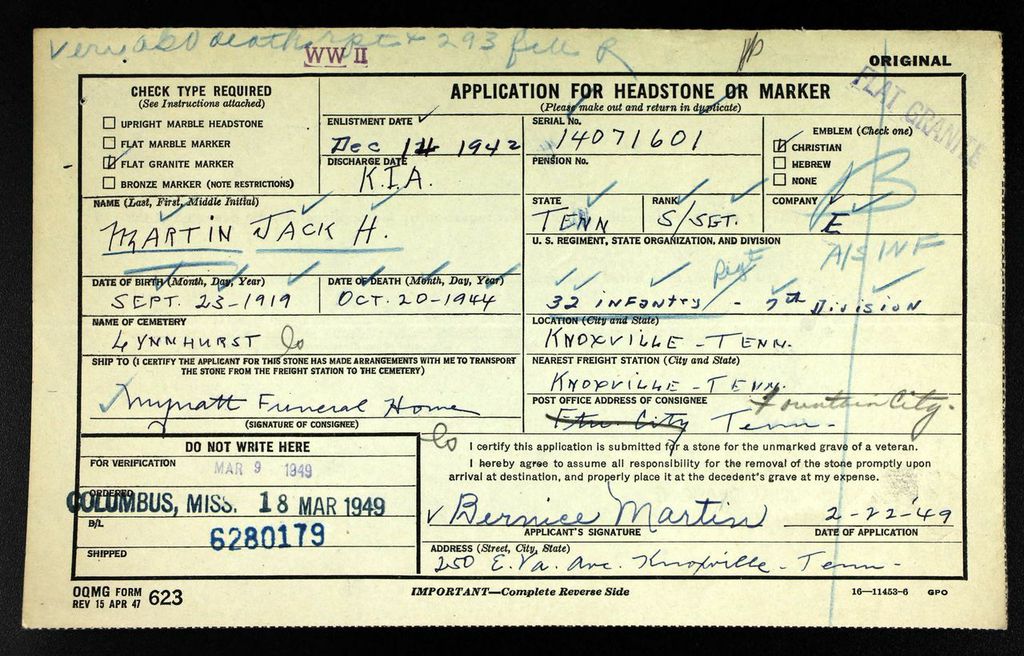 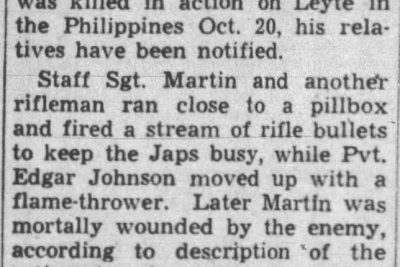