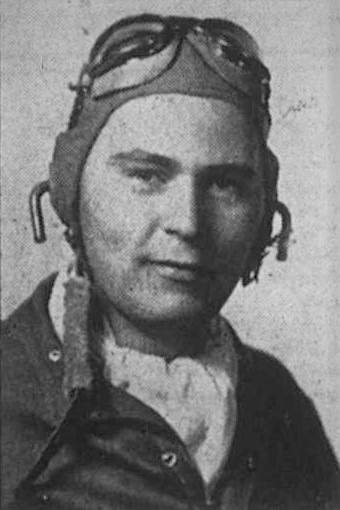 2nd Lieutenant Jack H. Davis, US Army Air Forces, was assigned to the 819th Bomber Squadron, 30th Bombardment Group Heavy flying in B-24s. The unit was based out of Saipan.

He was killed in action on 14 August 1944 and is remembered on the Tablets of the Missing, Honolulu Memorial Cemetery, Hawaii.

Airplane B-24J with serial number 44-40679 departed from Saipan Island on a combat strike mission to Iwo Jima. An explosive type 20 mm shell had struck the radio compass on the roof of the co-pilot’s compartment, It exploded on contact, killing the co-pilot, 2nd Lt Jack H. Davis, wounding Lt. Mosher on the right arm and side, and the Flight Surgeon, Captain Carey A. Stone, on the side of the head.

Statement from Captain Gerard J. Creamer:
At 0530, 14 August 1944, GCT time, at a position approximately 20 miles at a bearing of 290 degrees from Isely AirField, Airplane B-24J, #44-40679, flying at 10,000 feet was observed to make a severe left bank and immediately started to spiral down. At approximately 5,000 feet 3 or 4 men parachuted from the airplane. The airplane went into a spiral and passed beneath our airplane so that we could not see it hit the water, but a few minutes later after we let down we spotted the wreckage. We radiod for crash boats and circled the area. We observed life rafts and life vests on the surface of the water but could not accurately say whether or not men were in them. Other airplanes came to the scene and we returned to our base. Crash boats reportedly picked up 4 survivors.

Rogersville Review, September 21, 1944
Another Hawkins countian has given his life to the god of war. He is Lt. Jack Holston Davis, son of Mr. and Mrs. Robert L. Davis of Rogersville. His parents were notified of his death last Saturday, Sept. 16th. He was killed, probably on Saipan, on August 14th.
Jack, a pilot of a bomber, had only been in action in the Pacific about four months. He had been in service about two years. He would have been 22 years of age on December 6th.
Jack and Ernest Gillenwaters were great friends, and it is a concidence that they were killed only a few days apart. Jack on August 14th and Ernest of August 27th. Ernest was killed in the European theatre.
Jack moved to Rogersville with his parents about five years ago, and was a graduate of Rogersville high school. After finishing school he was associated with his brother and father in the 96 Service Station. His brother, Robert, is in the Navy and has not yet been notified of his brother’s death.
Lt. Davis was a graduate of the Brady Aviation School, Inc. Of Brady Texas. He received his wing in July, 1943. Mr. and Mrs. Davis had received a letter from their son which was dated August 12th, two days before he lost his life. 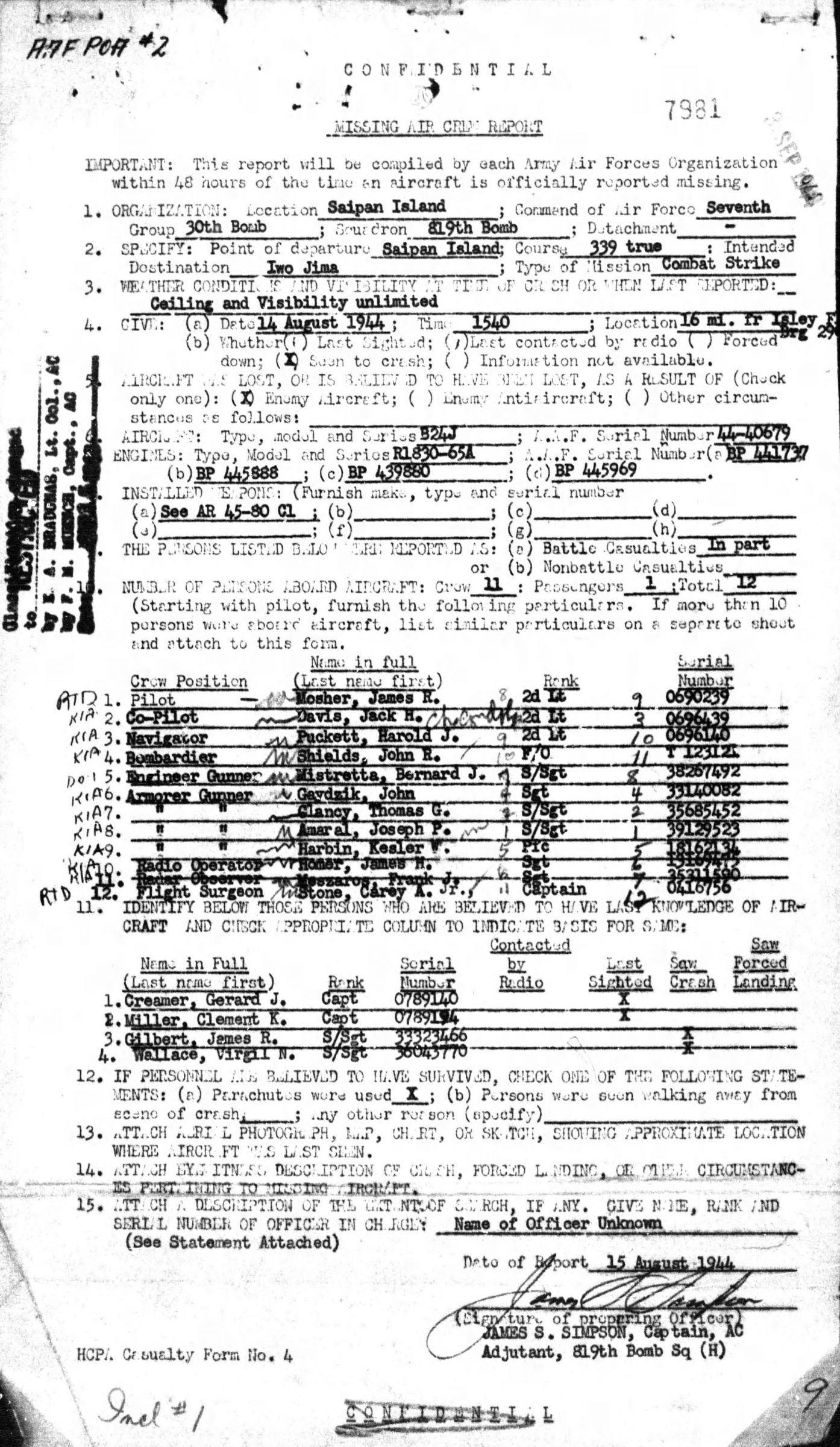