In 1940, Pinion found his power. As well as playing 12 games for the Portsmouth Cubs of the Class B Piedmont League and 32 games with Greeneville, Pinion hit a team high 12 home runs in 66 games with the Tarboro Cubs of the Coastal Plain League, batting .307 with 55 RBIs.

The future for Pinion’s baseball career looked bright, but military service beckoned in May 1941, and the 23-year-old served with the Army Air Corps, stationed at MacDill Field in Tampa, Florida. In August 1941, he played for the MacDill Field Fliers baseball team in the NBC Semi-Pro World Series at Wichita, Kansas.

In 1942, Pinion was on active duty and joined the 330th Bomb Squadron, 93rd Bomb Group in England. On December 7, 1942, Staff Sergeant Pinion’s squadron, along with the 328th and 409th squadrons, left their base at Alconbury, England, on the long flight to Tafarouri Aerodrome, outside Oran in Algeria, North Africa. The 93rd was sent for temporary duty to supplement the newly formed Twelfth Air Force, which had been recently activated in North Africa under the command of General James “Jimmy” Doolittle. Pinion’s crew, flying a Consolidated B-24D Liberator bomber named the “Blastin’ Bastard”, was lost when they crashed into a mountain while attempting to land at Tafarouri Aerodrome. All on board were killed. Personnel at the base had not been alerted that the B-24s were coming in and no plans had been made to light up the runway. Gasoline flares were then lit and the rest of the group landed safely.

Jack Pinion’s body was returned to the United States in 1948, and rests at Chattanooga National Cemetery in Chattanooga, Tennessee.
http://www.baseballsgreatestsacrifice.com/biographies/pinion-jack.html 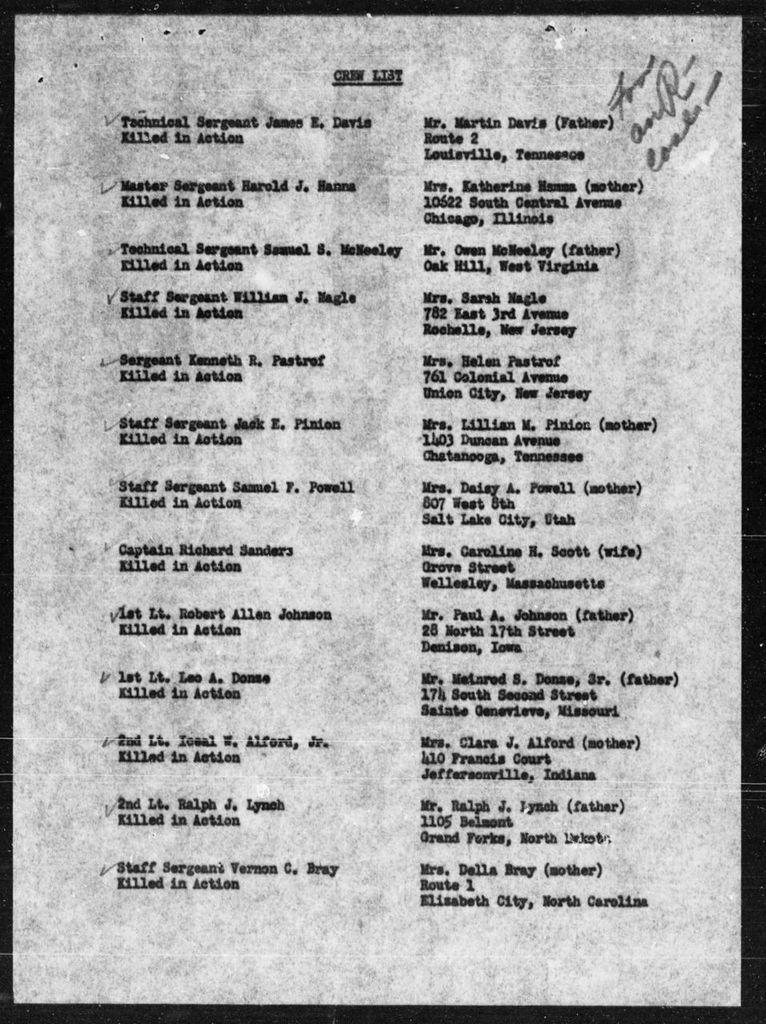 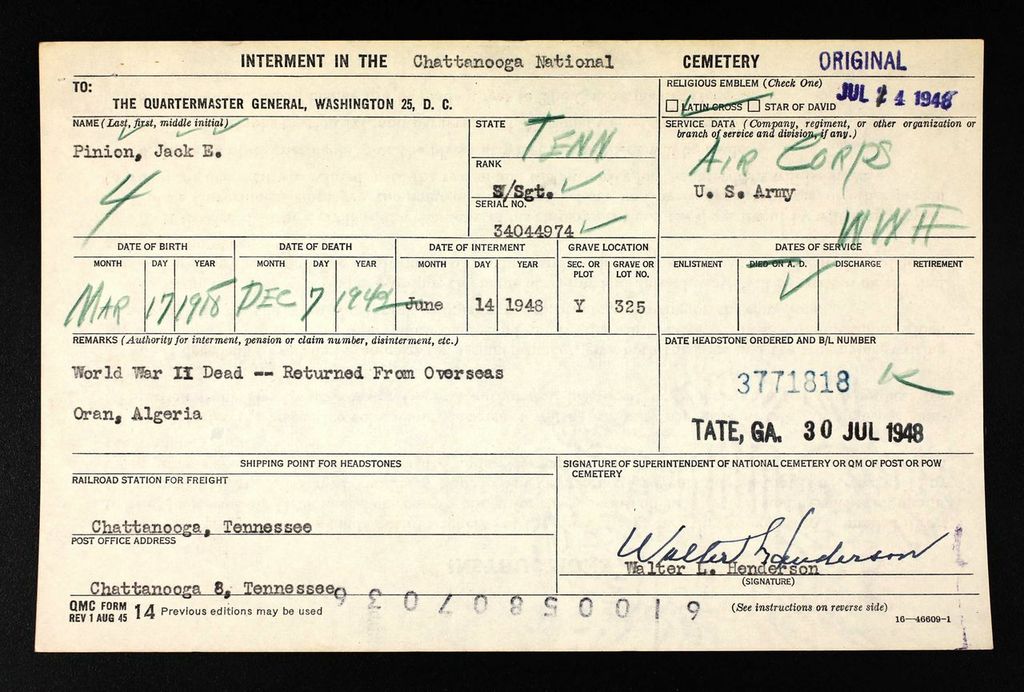 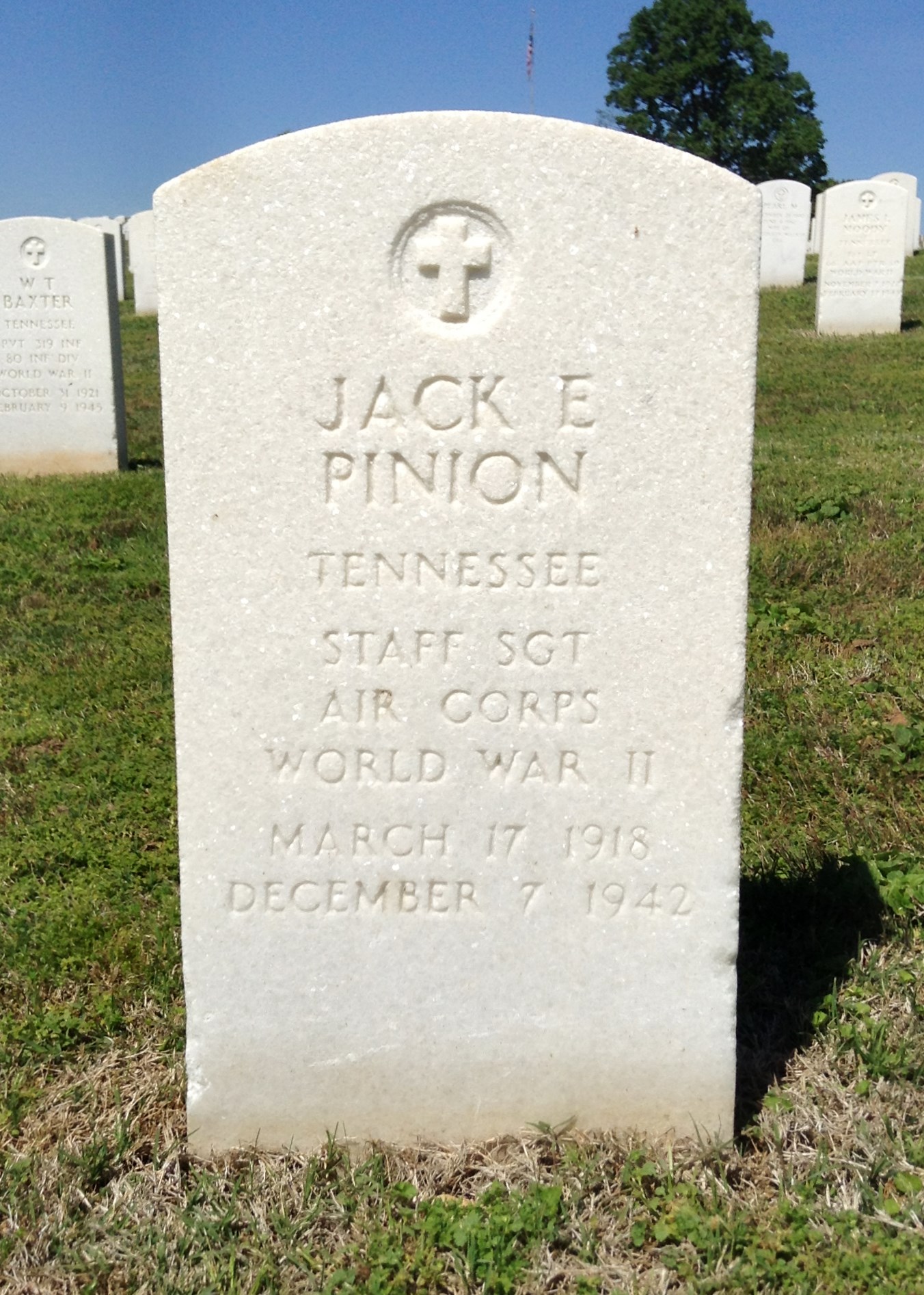 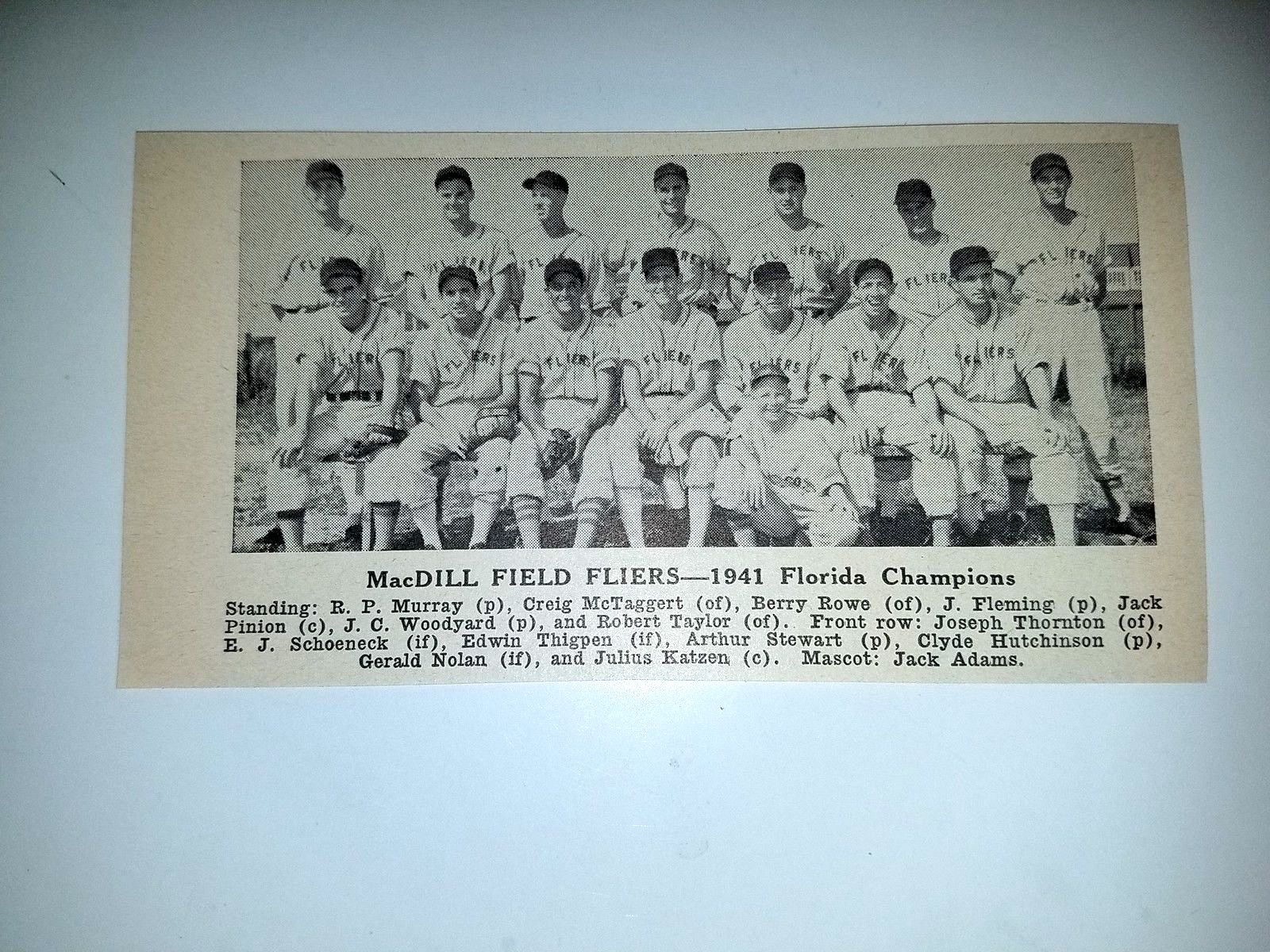