Jack D. Yates was an aerial observer on a C-47 aircraft which crashed near Bohol, Philippines. The aircraft and crewmembers were completely consumed by fire, which occured after the plane crashed. There is a mass grave stone at National Cemetery Jefferson Barracks, St. Louis, MO. 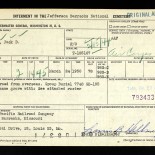 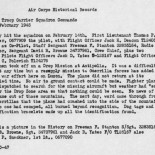 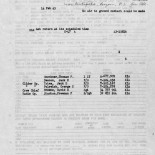