The Knoxville News-Sentinel, July 22, 1944
Sgt. Jack D.   Huff, engineer-gunner, was killed in England July 7, the War Department has informed the parents, Mr. and Mrs. Joel D. Huff, Woodlawn Pike, route 10. Sgt. Huff, who would have been 23 years old today, was a graduate of Young High School and attended the U-T. His father is assistant superintendent of mails at the Post Office here. The telegram does not say in what manner he was killed. The parents think it may have been by a robot bomb. Sgt. Huff had been on 23 missions over enemy territory. The parents had a letter from his yesterday, which was written July 7, two days before he was killed. He said he was all right, and all members of his crew were all right.
In addition to his parents, he leaves a brother, William V. Huff, Ordnance Corps, Camp Gruber, Okla.; and two sisters, Mrs. Jess Pearman, Harriman and Mrs. Pierce Pease Jr., Knoxville. 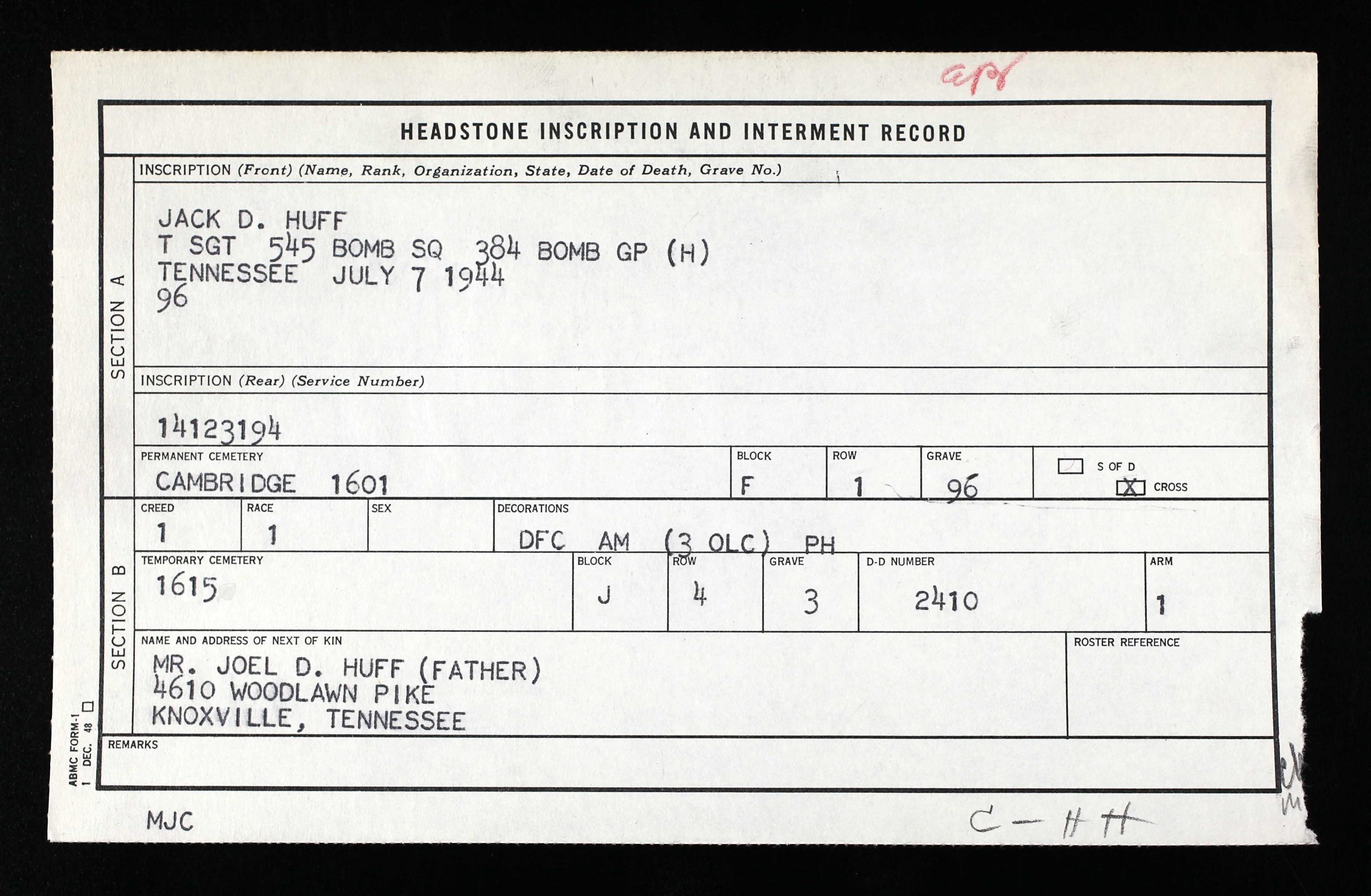 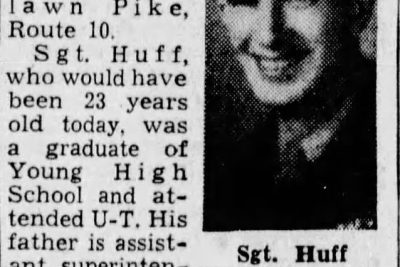 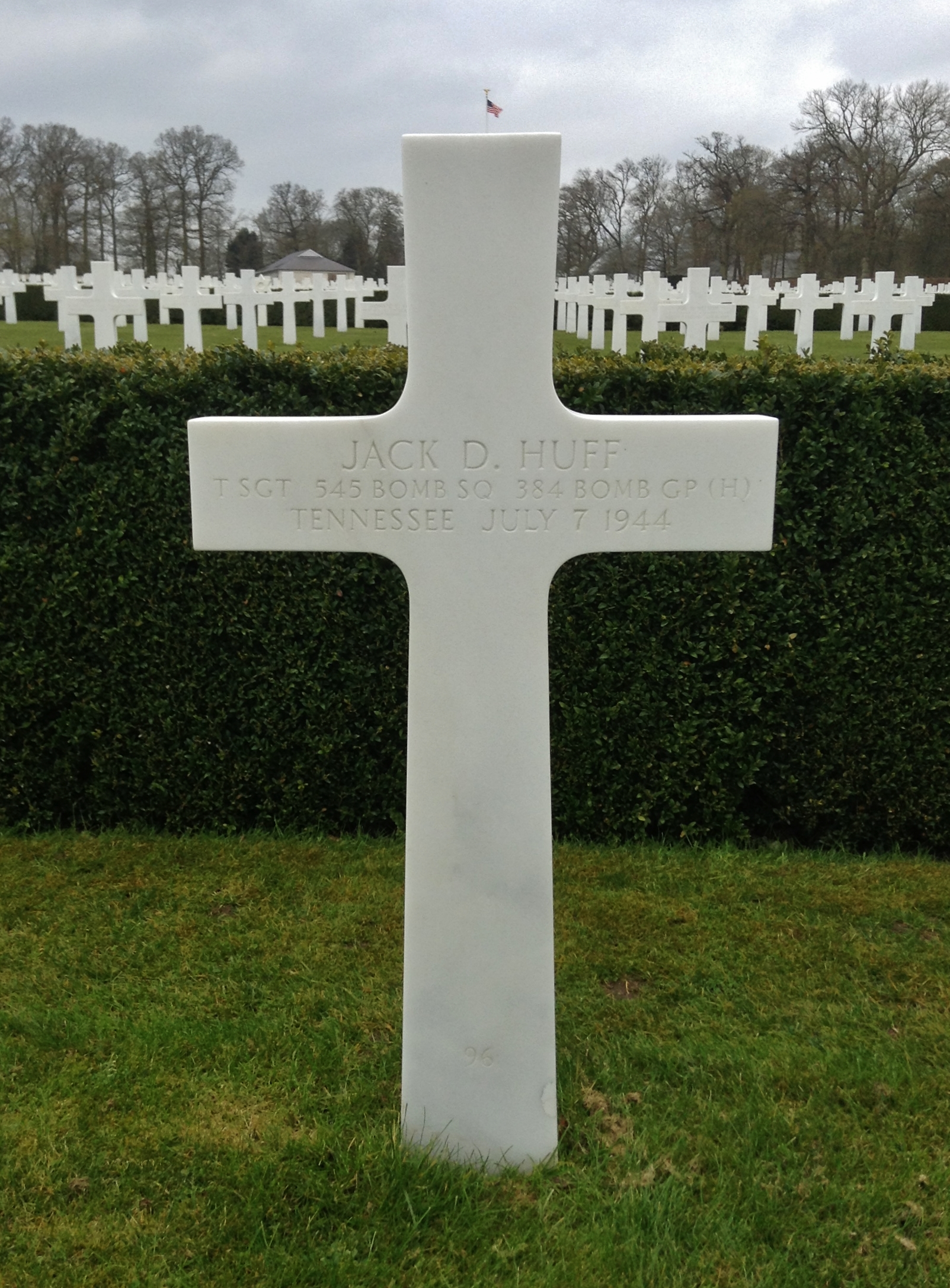