Staff Sergeant Jack Bowman was assigned to the 405th Bombardment Squadron, 38th Bomber Group M flying B-25’s out of New Guinea. He was given a finding of death on 2 September 1943, and is listed on the Tablets of the Missing, Manila American Cemetery, Philippines.

Aircraft B-25D-1 with serial number 41-30319 departed fron Durand Strip in New Guinea on a strike mission to Wewak in New Guinea. The right engine, fuselage and bomb-bay were seen to be on fire from ack-ack. The aircraft was seen to crash in the sea, off shore at Wewak and sink rapidly. 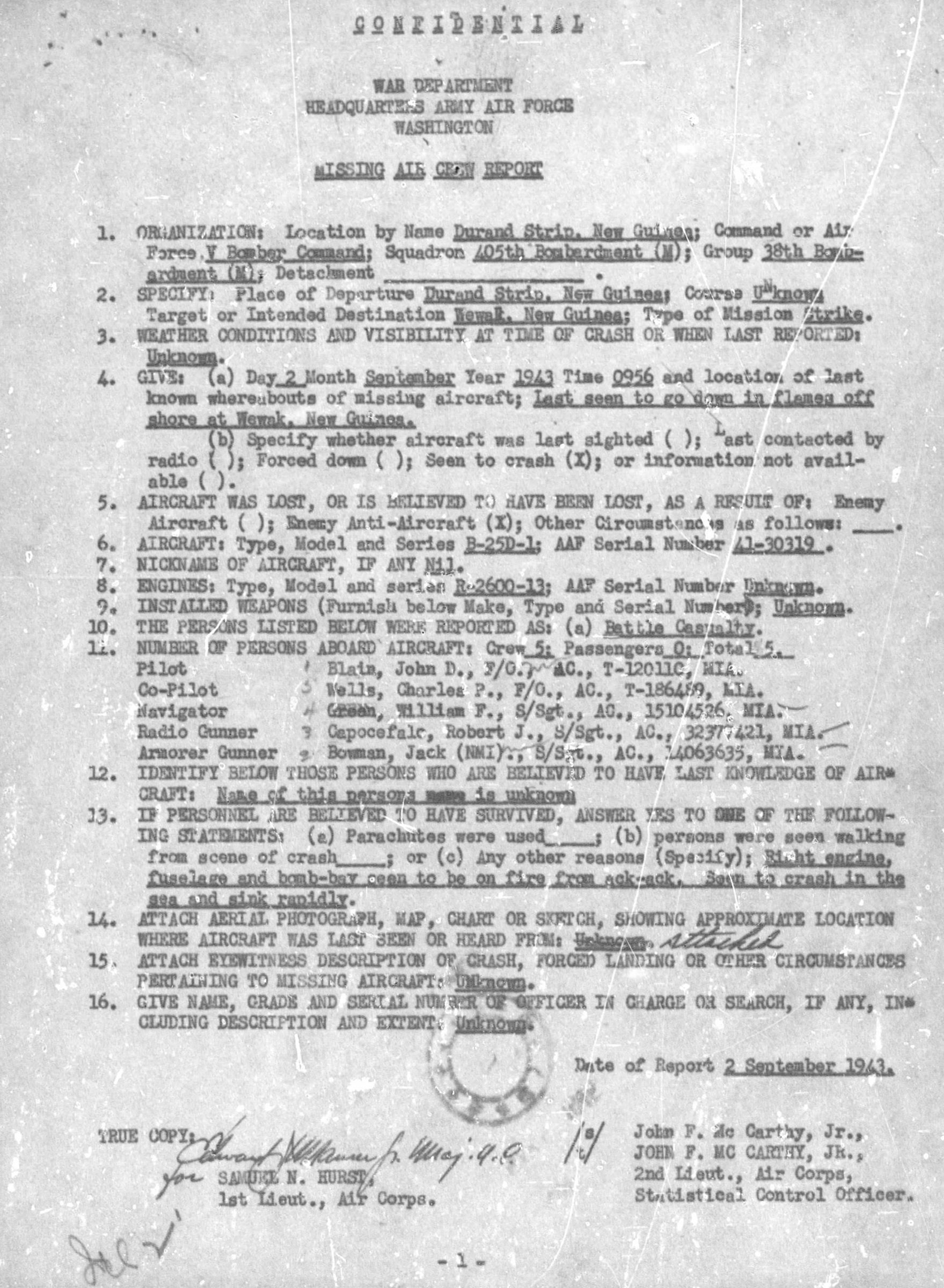 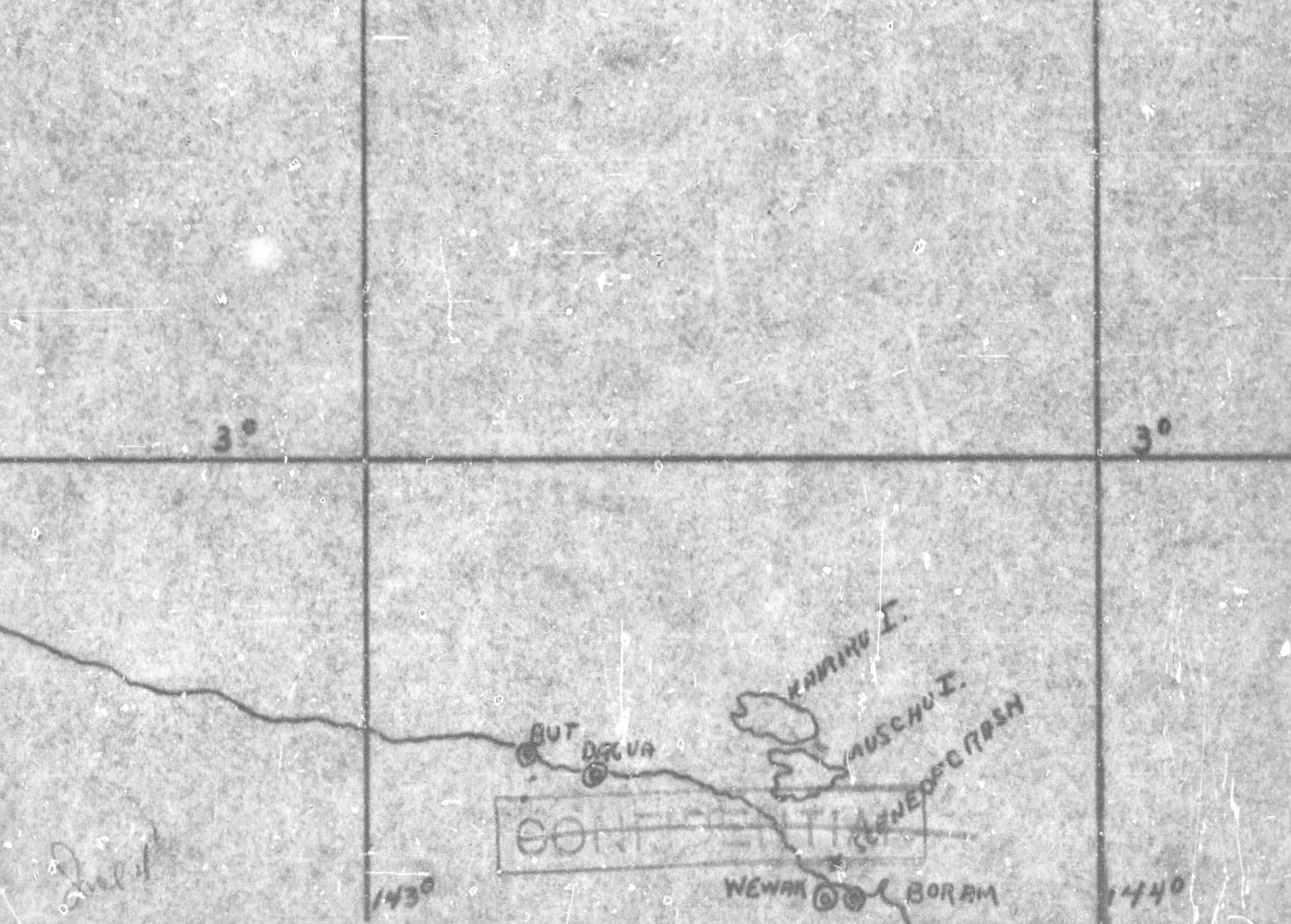