J.V. Russell entered the US Navy on 11 June 1942. He was an Apprentice Seaman on board the USS Ingraham DD-444. This ship collided with the USS Chemung causing the USS Ingraham to instantly explode. The date was 22 August 1942. The year and a day rule says that since the body was not found, that his death date was 23 August 1943. The USS Ingraham was sunk in the North Atlantic. J.V. Russell is memorialized at the Tablets of the Missing at East Coast Memorial, New York.

From Dictionary of American Naval Fighting Ships:
USS Ingraham DD-444
During 1942 she escorted convoys between the US, Iceland, and the United Kingdom….
On the nightof 22 August 1942, she was investigating a collision between the USS Buck DD-420 and a merchant vessel, and the Ingraham collided with the oil tanker USS Chemung AO-30 in heavy fog off the coast of Nova Scotia and the Ingraham sank almost immediately. Depth charges on her stern exploded. Only 11 men out of a crew of 208 survived the the collision.

From Campbell County military website. Provided to the site by Darryl L. Chapman. 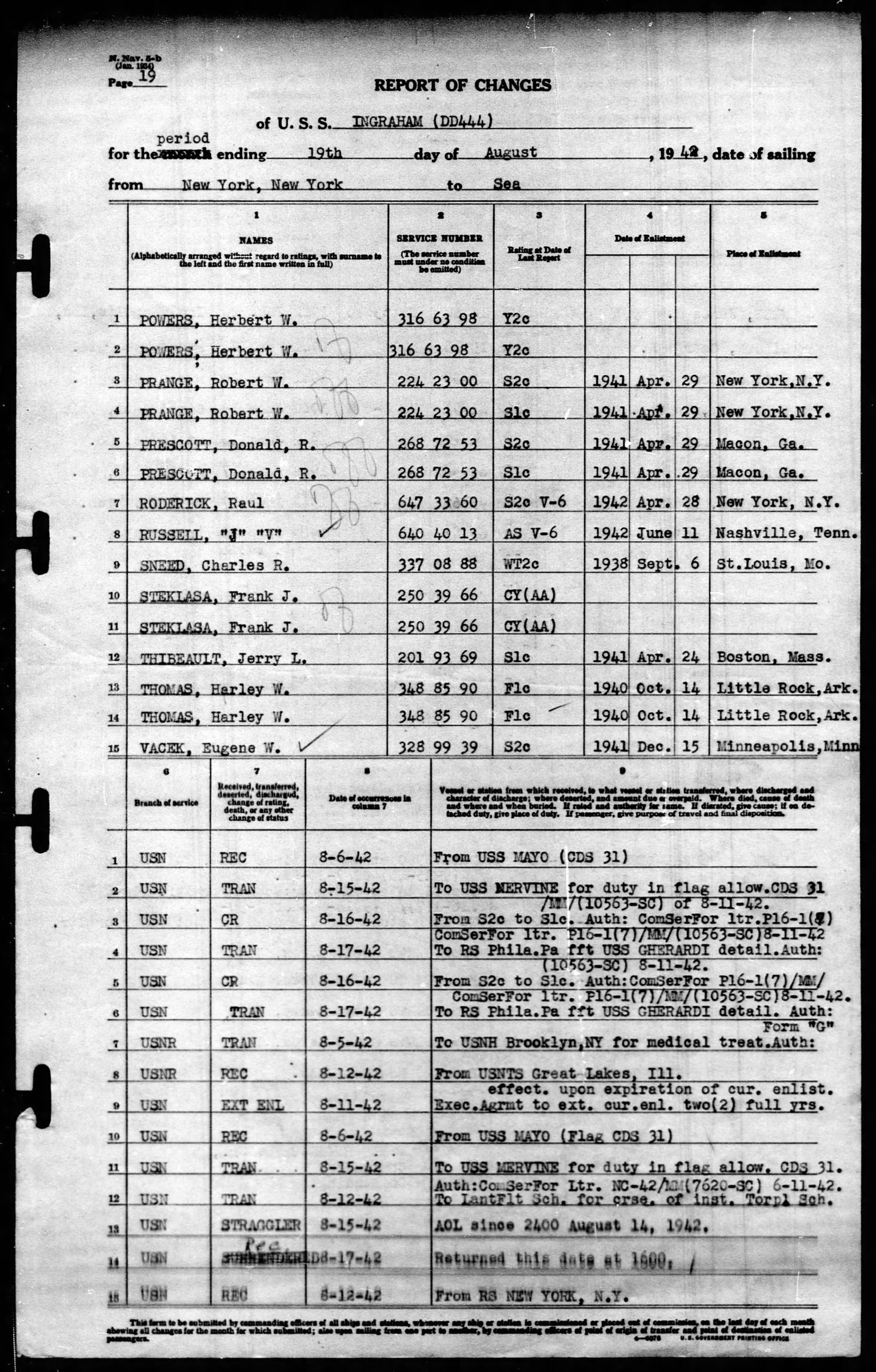