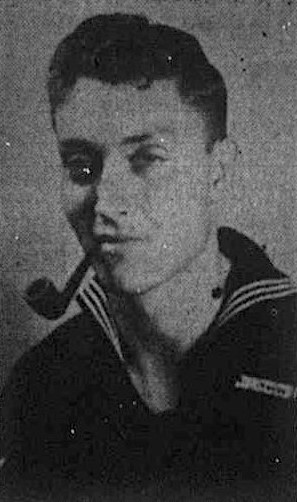 The Greeneville Sun, September 14, 1945
JM Franklin Hartman, Gunners Mate First Class who was wounded 10 July, while serving on an aircraft carrier in the Pacific, was reported later, by Vice Admiral Jacobe to have died of these wounds on July 20, while in the services of his country.
Gunners Mate Hartmand enlisted in the Navy Sept. 13, 1940. He was aboard one of the first ships to be sunk by the Japanese during their attack on Pearl  Harbor, Dec. 7, 1941, at which time he was reported missing in action. Later this was proven to be a mistake and since that time had seen action in every theater of operations of this war.
Hartman held the Presidential Unit Citation, the Asiatic theater ribbon with nine bronze stars, the American Defense with one Bronze Star (denoting action at the time of the attack on Pearl Harbor). He also wore the American theater ribbon with a “Duce” denoting two major anti-submarine operations, the navy good conduct and other ribbons not know by his relatives as of yet.
Hartman was born Nov. 24, 1919 in Greeneville and spent most of his early life in and near Greeneville. He was a graduate of Greeneville High School. Later he was employed by the International Mineral and Chemical Co., both here and in Wilmington, N.C., until the time of his enlistment with the Navy. He was married to Doris Jean Westrich of Belleville, Ill., at the Cumberland Presbyterian Church in Greeneville by Rev. Louis Cholson and Rev. James Hankins on March 26, 1944.
Besides his wife he is survived by a one son, JM Steven, four months old, his parents, Mr. and Mrs. L.C. Hartman of Greeneville and two brothers, Billie and Charlie. Burial has been made in the U.S. Naval Cemetery, Cuzco Beach, Guantanamo Bay, Cuba. 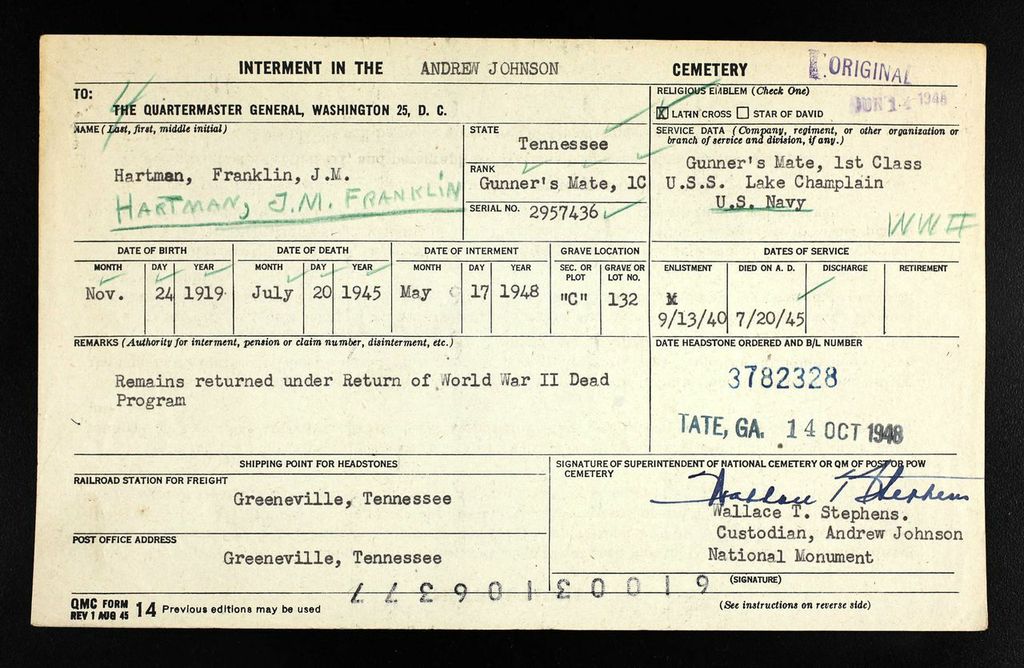 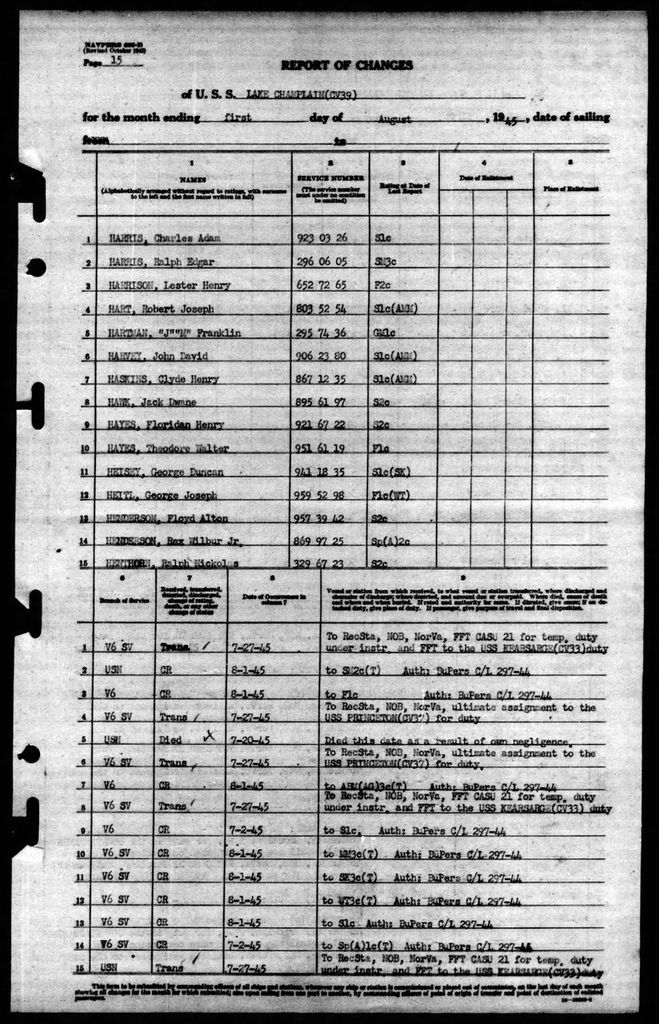