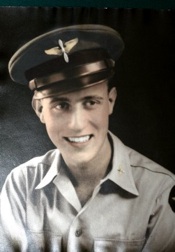 Died on a B-24 named “Lillie Bell” March 6, 1944. He was not a regular crew member, but was filling in for Lt. Thom, who was sick in the hospital with a severe cold. Only Lt. Gerald J. Cyr survived the crash into the North Sea.

Second Lieutenant Halliburton was a Navigator in the US Army Air Forces. He was the son of Dannie Cawood and Joseph Grayson Halliburton. His sister was Mary Gladden Halliburton.

Aircraft B-24H with serial number 42-52191, nicknamed Lillie Bell, was on a operational mission to Genshagen in Germany. The aircraft ditched in the North Sea on the return flight after being badly damaged.

The Knoxville Journal, March 25, 1944
Mr. and Mrs. J.G. Halliburton of 2311 Louise Avenue received word yesterday from the War Department, saying their son, Second Lt. Joseph G. Halliburton, age 19, was killed in action over Germany, March 6. He was a navigator on a B-28 Liberator. He attended Knoxville High School and was captain of Company B, ROTC. He graduated at University of Tennessee in 1942. He enlisted for service in November, 1942, and had been in England three months. He formerly worked for his father who operates a service station at Glenwood Avenue and North Broadway. Survivors: wife, Mrs. Carolyn Parker Halliburton, formerly of Dallas, Texas; his parents; one sister, Miss Mary Gladden Halliburton; grandparents, Mr. and Mrs. John Cawood, Knoxville and Mrs. Sarah Halliburton of Miami, Fla. 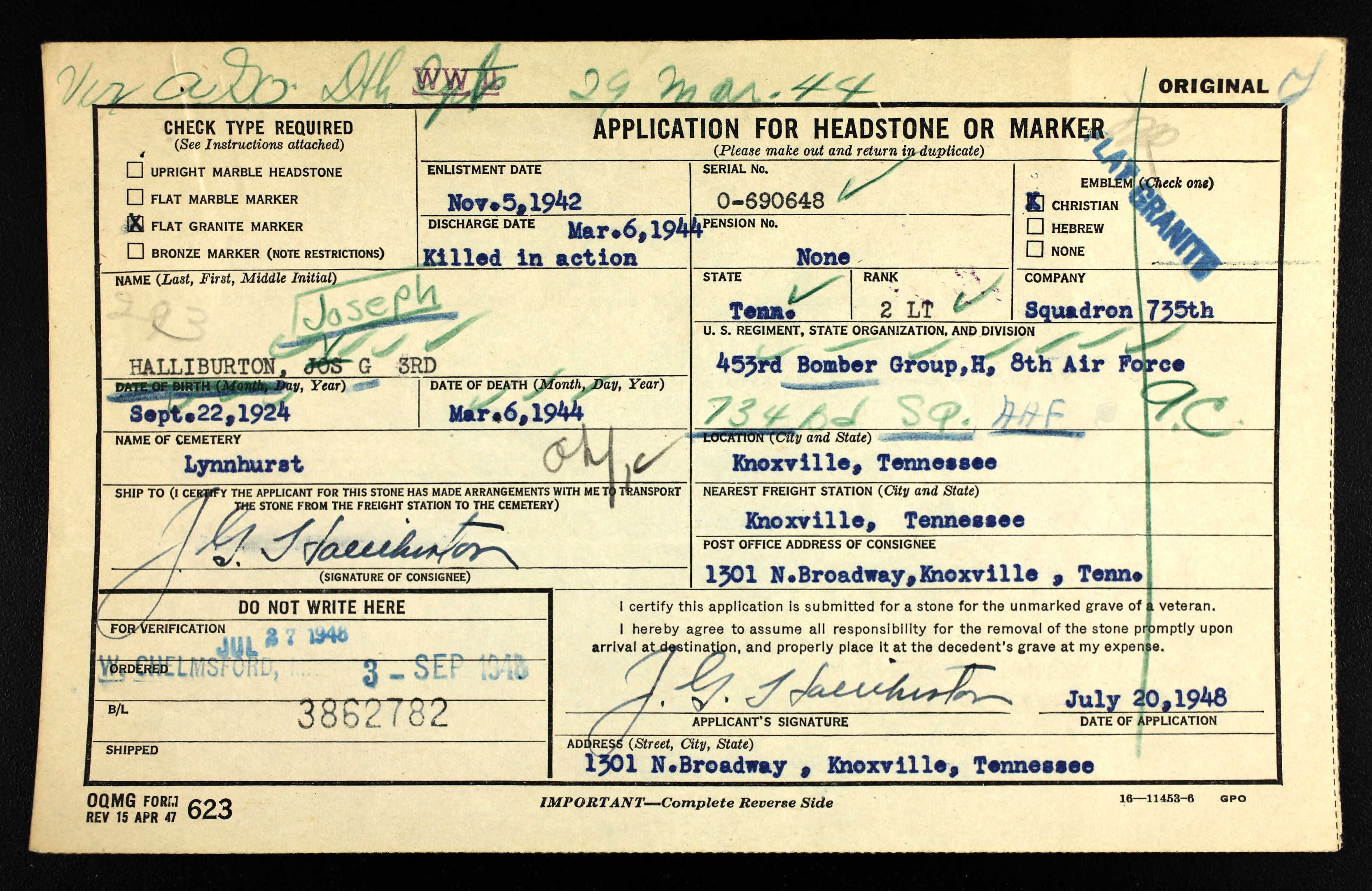 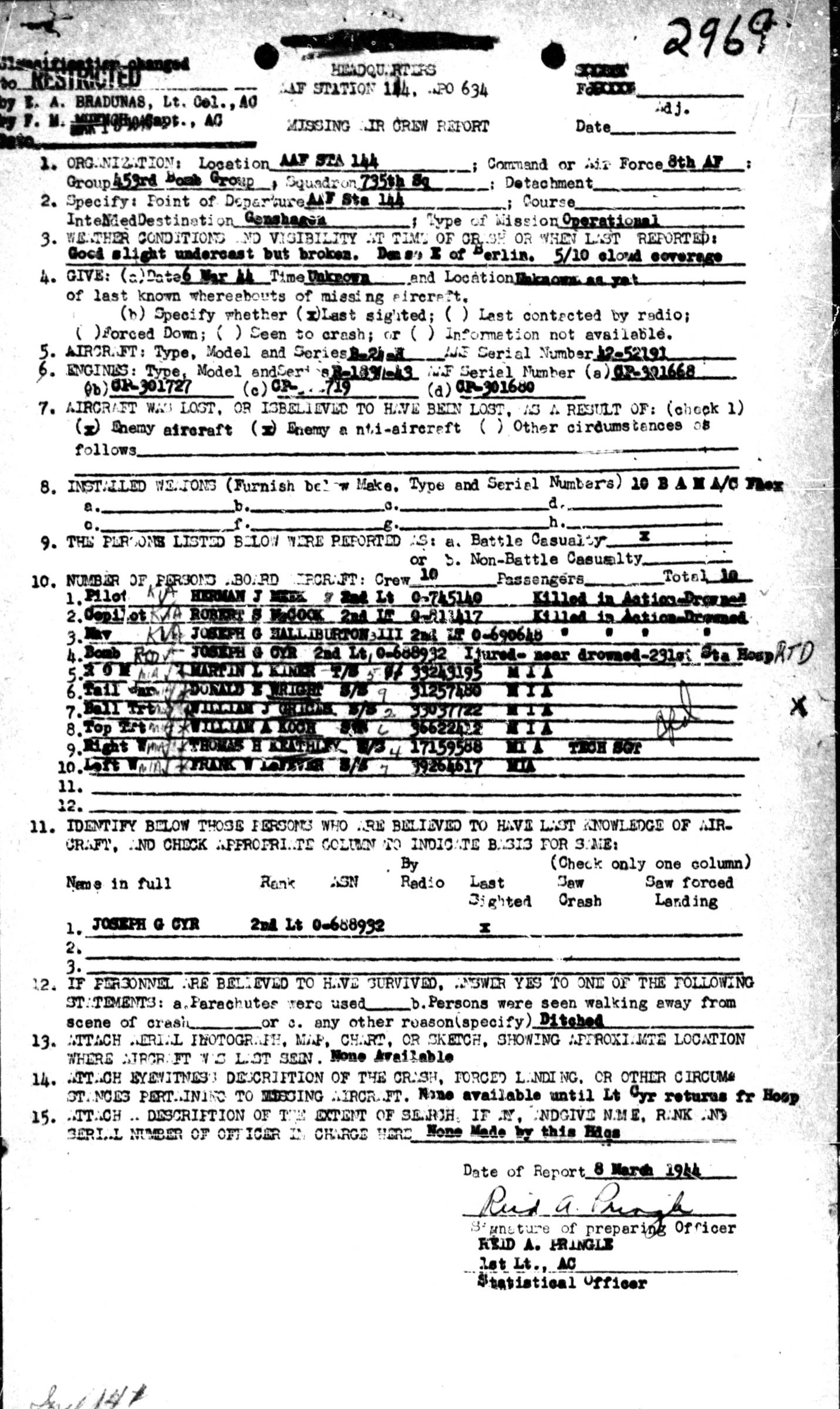 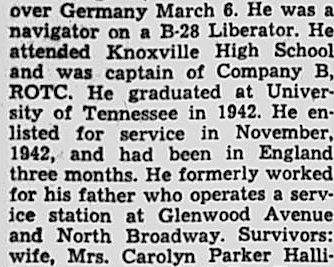