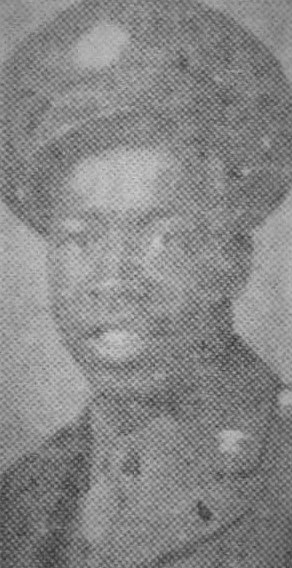 The Knoxville News-Sentinel, October 23, 1945
Pvt J.D. Sanders was killed in an accident in Germany on August 28, according to word received by his mother, Mrs. Pearl Sanders, 511 East Church Street. Ne Details of the gunshot wound which caused his death were learned by his family. Pvt. Sanders had been in the service more than two years and had been overseas about 18 months. He was a truck driver with Gen. George Patton’s Third Army. Two brothers, Pfc. Thomas W. Sanders and Cpl. L.C. Sanders, are still in the service overseas. 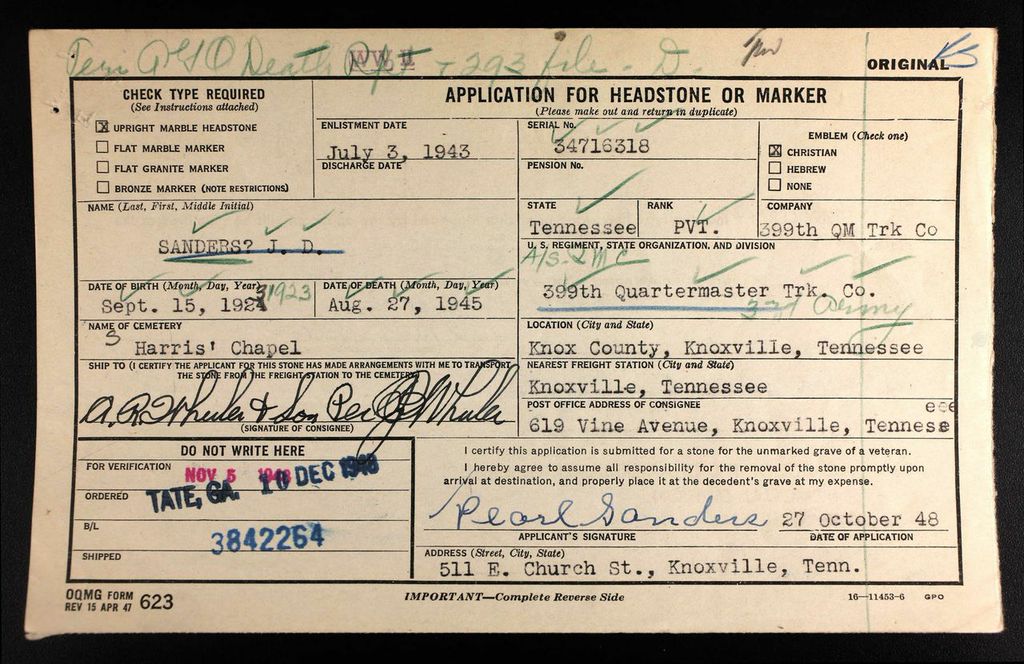 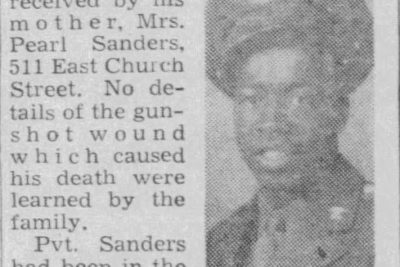 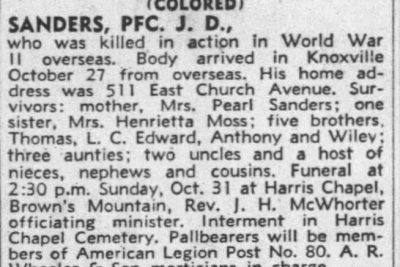