Navy Cross Citation
The President of the United States of America takes pride in presenting the Navy Cross Posthumously to Pharmacist’s Mate Second Class J D Harris, Jr. NSN 6415087, United States Naval Reserve, for extraordinary heroism and conspicuous devotion to duty while serving as a Medical Corpsman with the 1st Battalion, 5th Marines, 1st Marine Division, in action against enemy Japanese forces at Okinawa in the Ryukyu Islands, on 3 May 1945. As his platoon was assaulting a heavily defended, strategic ridge, intensive small arms and mortar fire, as well as hand-to-hand fighting with bayonets and grenades, inflicted heavy casualties on the Marines. With utter disregard for his own personal safety, Pharmacist’s Mate Second Class Harris continued treating wounded Marines, despite the fact that he had been critically wounded by a fragment from an enemy grenade. Unable to move one of the wounded men to safety and realizing the serious condition of the Marine, he began administering blood plasma. Just as he finished his task, thereby saving the life of the Marine, he was severely wounded again by a shot from an enemy sniper. Pharmacist’s Mate Second Class Harris’ courageous and extraordinary devotion to duty in the face of devastating enemy fire was in keeping with the highest traditions of the United States Naval Service. 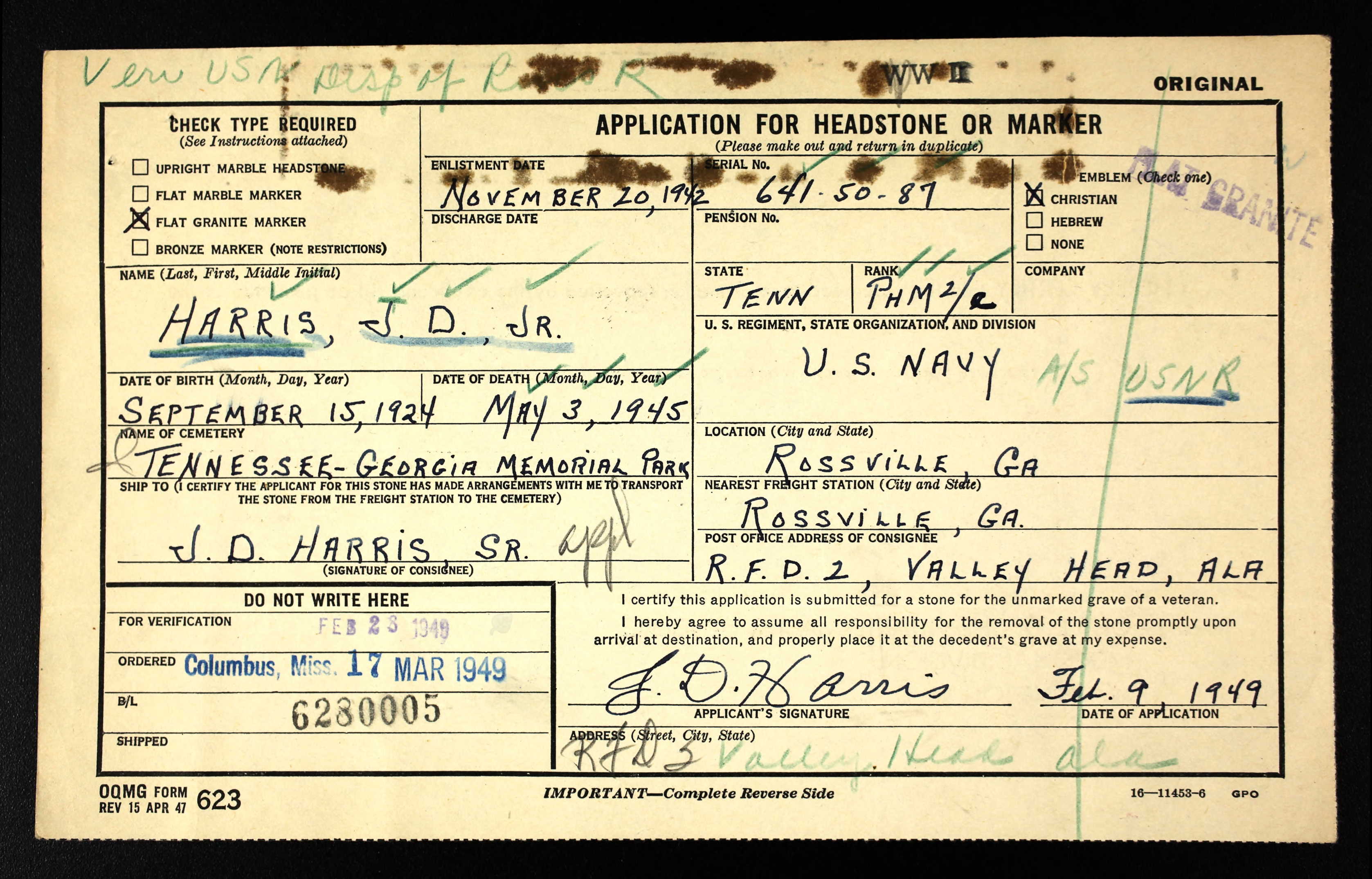