Seaman 1st Class Joseph Hugh Donald Ellison, United States Navy Reserve, served on the U.S.S. LeRay Wilson (DE-414). He died on the 10th of January 1945. He is remembered on the Tablets of the Missing, Manila American Cemetery, Philippines.

On 10 January 1945 she was hit by Japanese suicide attacks. The port side gunners noticed an enemy two-engine bomber dead ahead and about 25 feet off the water. The gunners maintained a barrage of deadly gunfire, which diverted the plane enough to save the ship. However, as the plane crashed, its starboard wing crashed into the port side, killing six gunners and seriously wounding seven more.

Boero, Ellison, Jodoin, Kimble, Bryant and White were manning guns no. 5 and 7 on the starboard or unengaged side. Of these Boero, Ellison and Kimble are missing in action. Bryant was killed instantly.  Koapke and Boggess died at their post of duty. 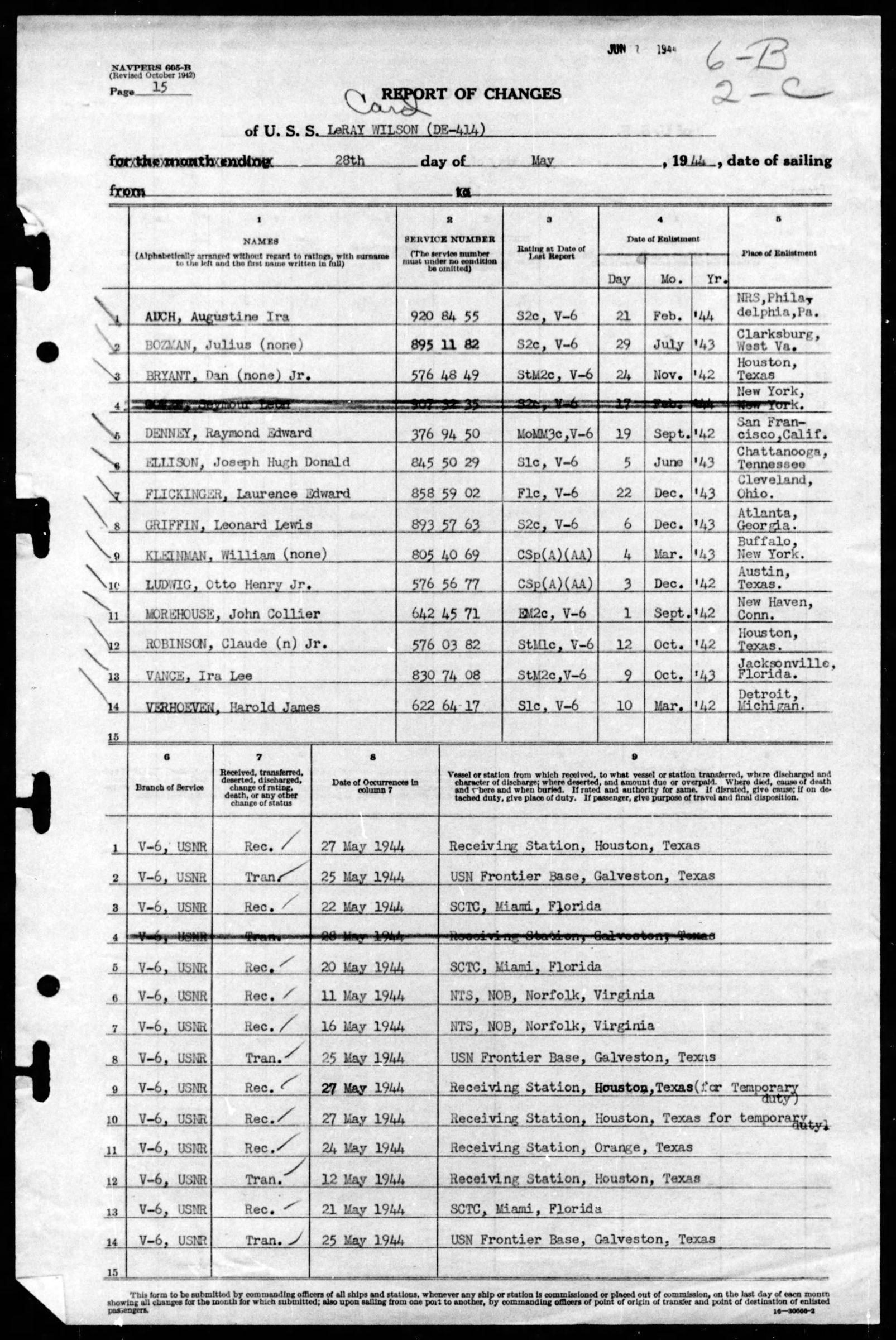 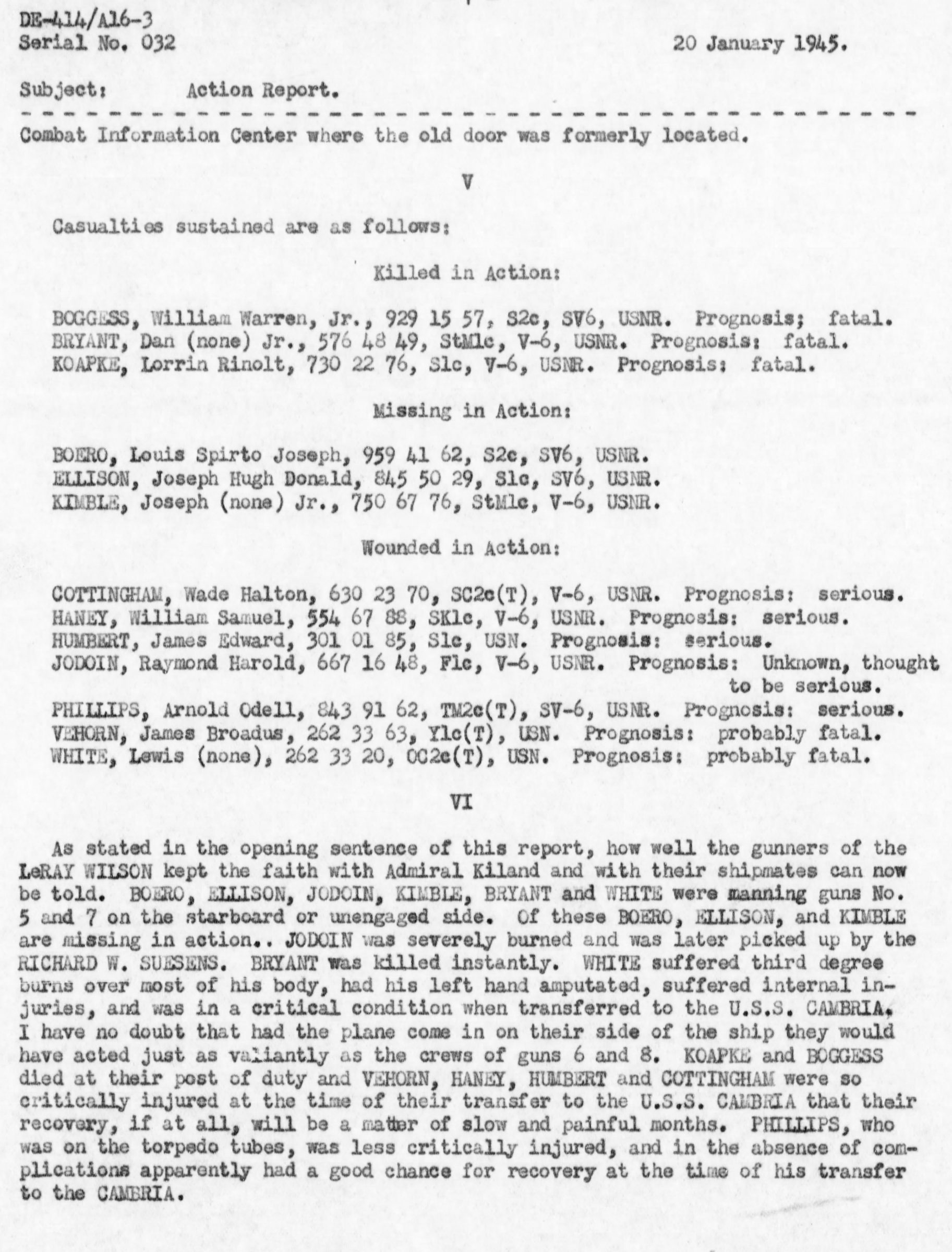 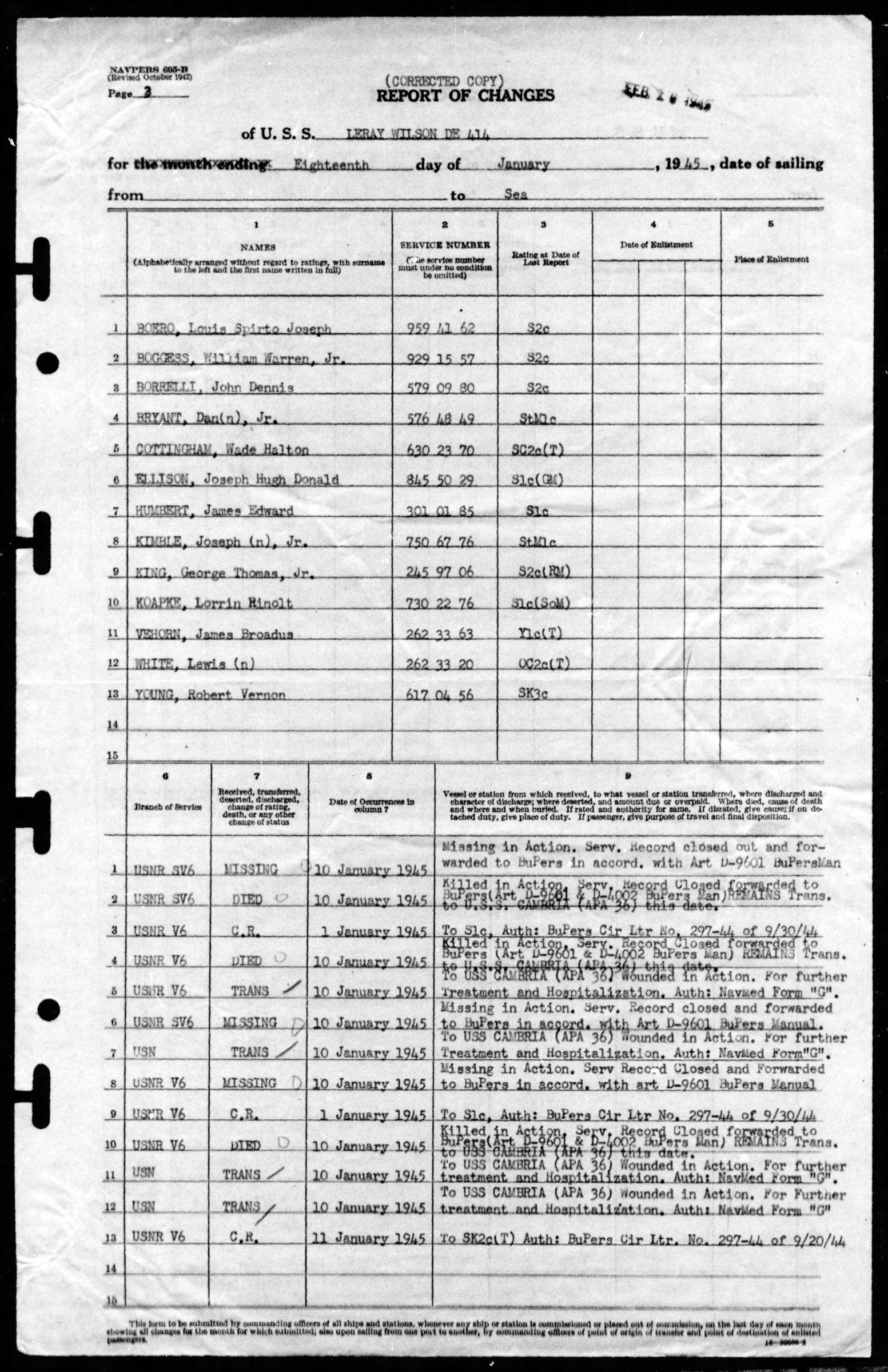