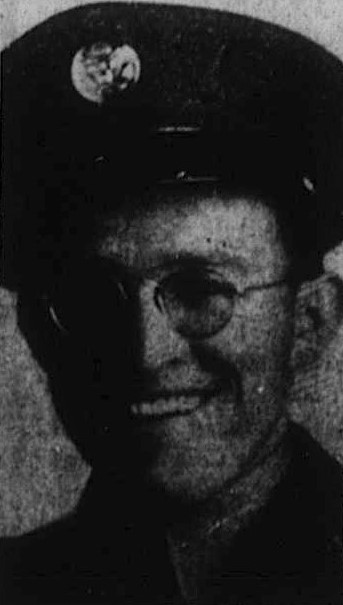 The Greeneville Sun, April 10, 1945
PFC J.C. Haw was fatally injured February 20th in an accident on Mindora Island in the Philippines. He was run over by an airplane. He was the son of Mr. Ernest Hawk and had been in the service three and one-half years. He received his training at Sheppard Field, Texas. He has a brother serving in the South Pacific.

Plain Talk and Tribune, October 7, 1948
The body of Pfc. J.C. Hawk, age 28, will arrive in Newport, Monday, Oct. 11, on train no. 27 at 7:21 p.m. Pfc. Hawk was killed by an airplane February 20, 1945 on Mindora Island in the Philippines. Pfc. Hawk joined the U.S. Army Air Corps October 17, 1941 and received his basic training at Sheppard Field, Texas. He sailed for overseas duty in 1944.
Pfc. Hawk is survived by his father and stepmother, Mr. and Mrs. Ernest Hawk; sisters, Mrs. Homer Hawk, Miss Imagene Hawk of Parrottsville and Mrs. Oliver Shelton of Greenville; brothers, Pfc. Berlin Hawk of Munich, Germany and M-Sgt. Charles Hawk of Washington, D.C. 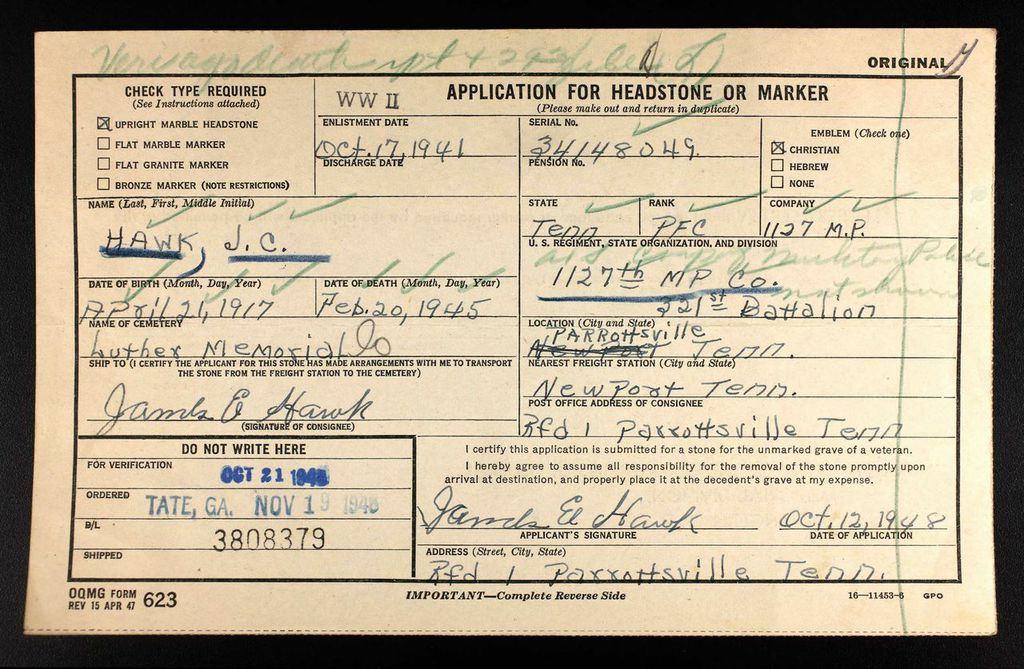 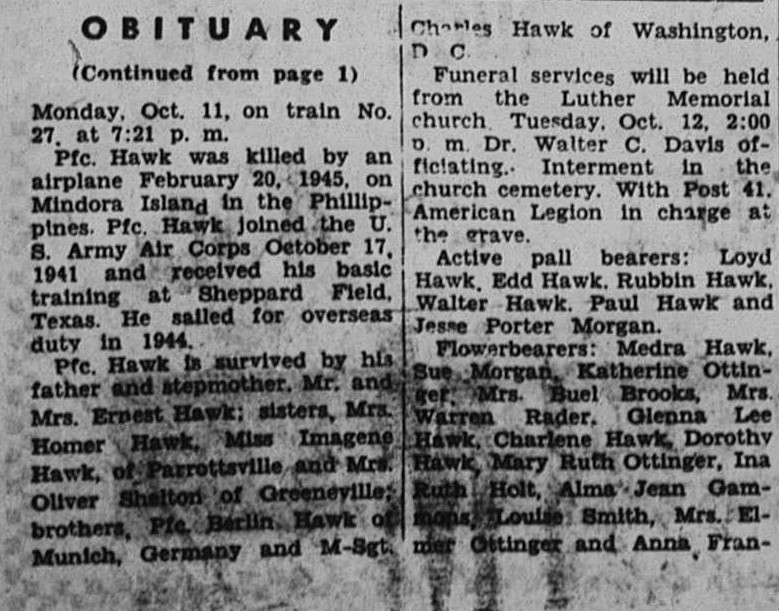