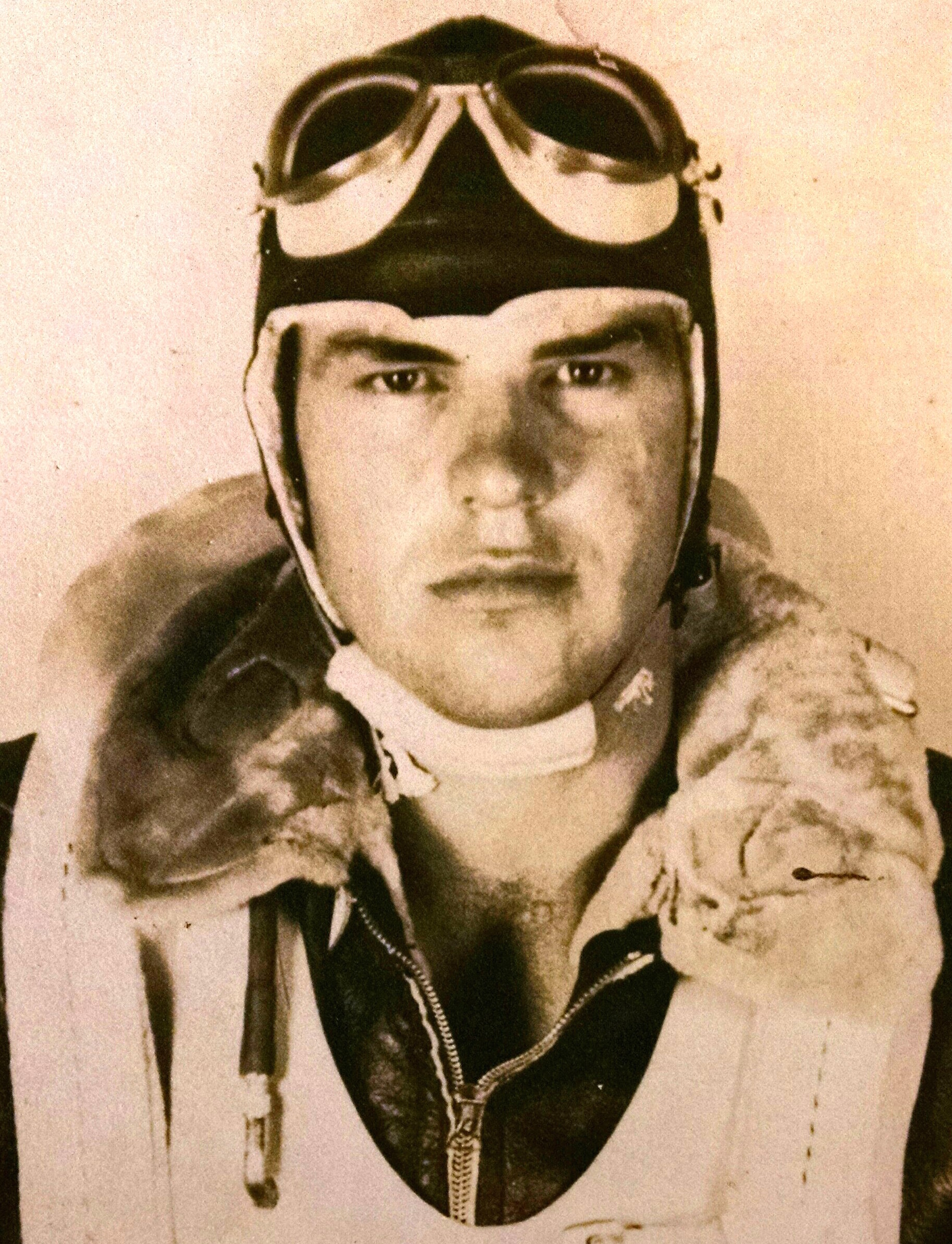 Jacob B. Clemmer was an Assistant Engineer on aircraft SB-24D, Serialnumber 42-63805.

Witness testimony;
The nature of the accident was such that the aircraft was seen only after the crash and exploded into Rendova Island on a sector of 160 degree from Munda strip and two miles inland about two-thirds of the way up the ridge. The cause is undetermined. The search for the wreckage of the wrecked aircraft was carried out by the 369th Infantry. Twenty men left APO #717 for Rendova, 1300L., 1 April 1944. Company S of the 369th stationed at Rendova began search about 2200L., 1 April 1944. On Sunday morning, 2 April 1944 at approximately 1100L the wreckage was located. The remains of eleven men were found and buried.

The Knoxville Journal, May 4, 1944
Staff Sgt. Brent Clemmer, 22, son of Mr. and Mrs. J.E. Clemmer of Maryville, was killed in action in the Southwest Pacific area in April, the War Department has announced. A former employe of Aluminum Company of America, Sergeant Clemmer enlisted in August 1942, in the U.S. Army Air Corps and after training was assigned as an aerial engineer to the Southwest Pacific with the Thirteenth AAF. Staff Sgt. Clemmer’s brother, Bert Clemmer is in the U.S. Navy. He has been in action in major engagements in the Pacific area. The two brothers were given leaves of absence last August and visited their parents. They had not heard from each other in months, but by chance they met on a Southern Railway train that was leaving Memphis for Knoxville. They surprised their parents by their visit. Beside his parents, Sergeant Clemmer is survived by sisters and brothers, Mrs. Denver Wirght, Mrs. Lonie Shockley, Ray Reed, Glee, H.D., Bert and Dena Clemmer, all of Maryville. 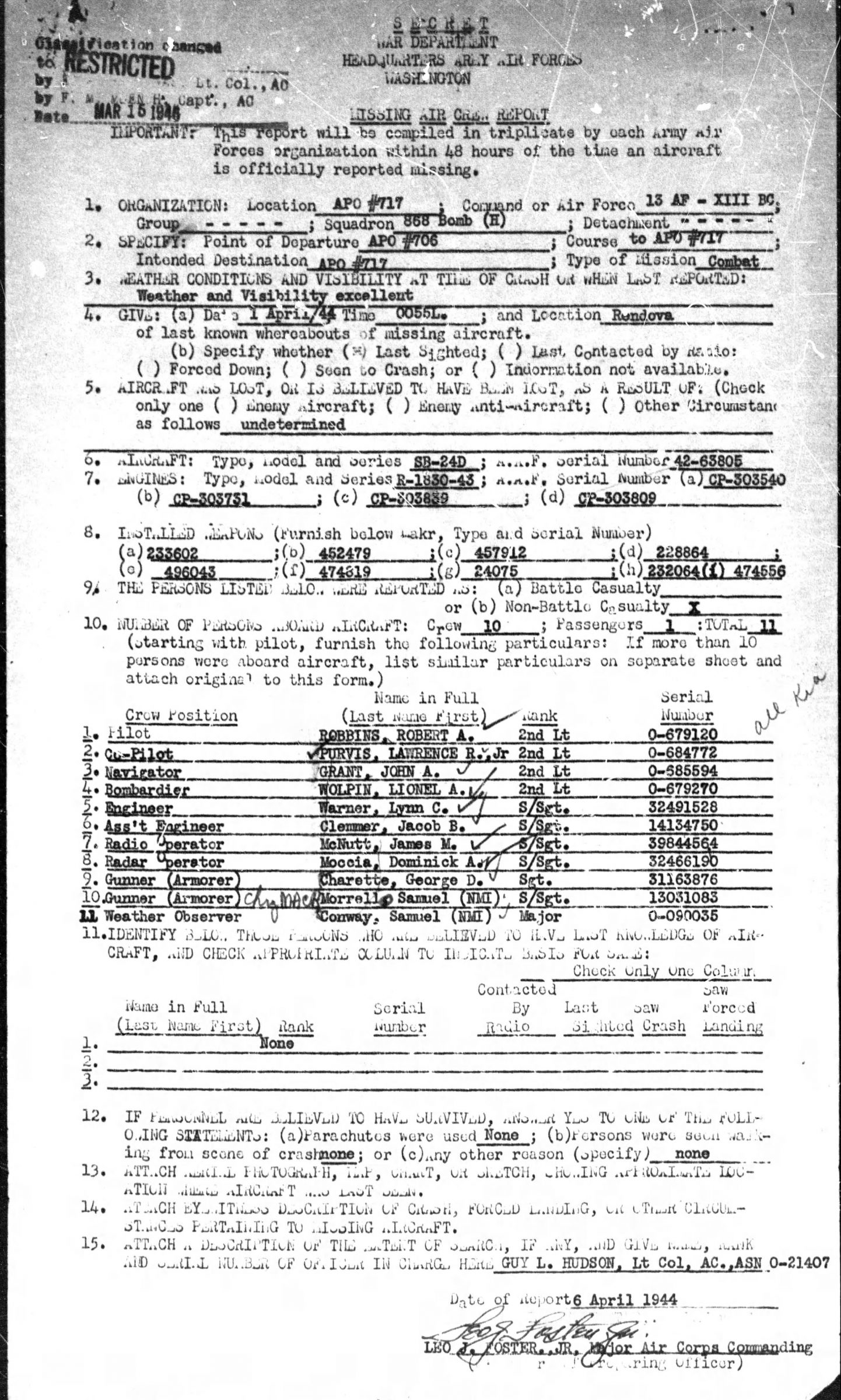 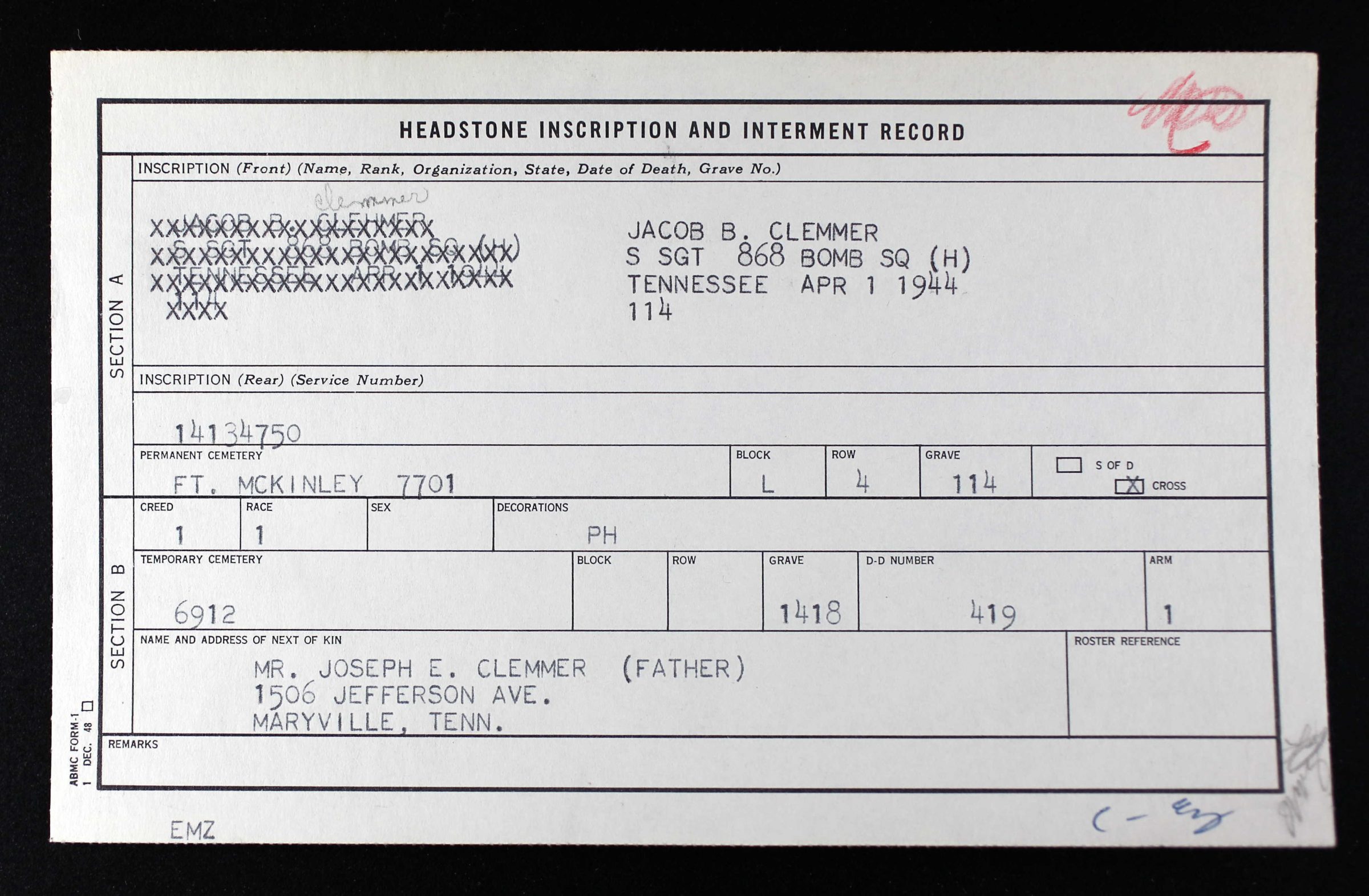 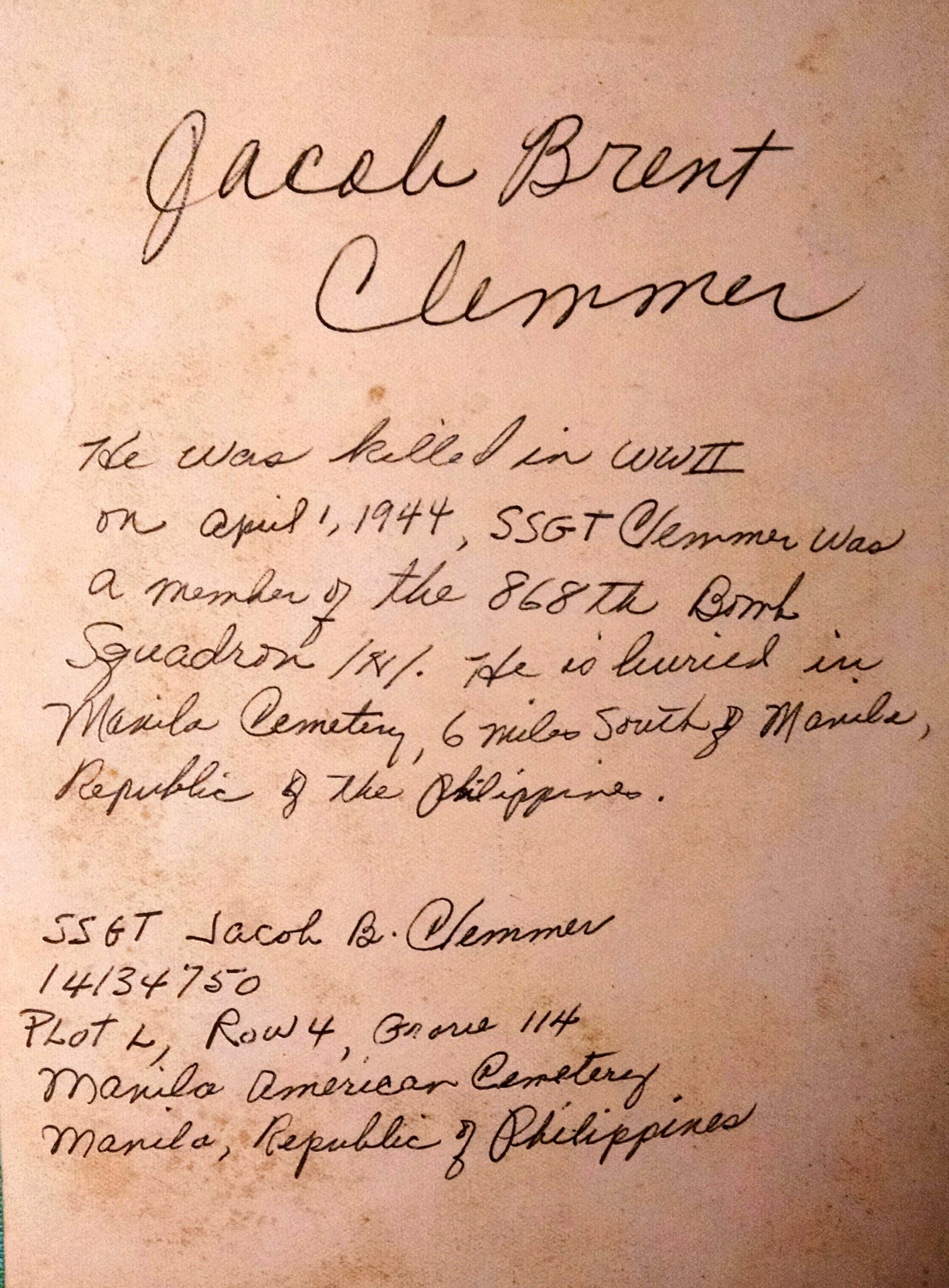 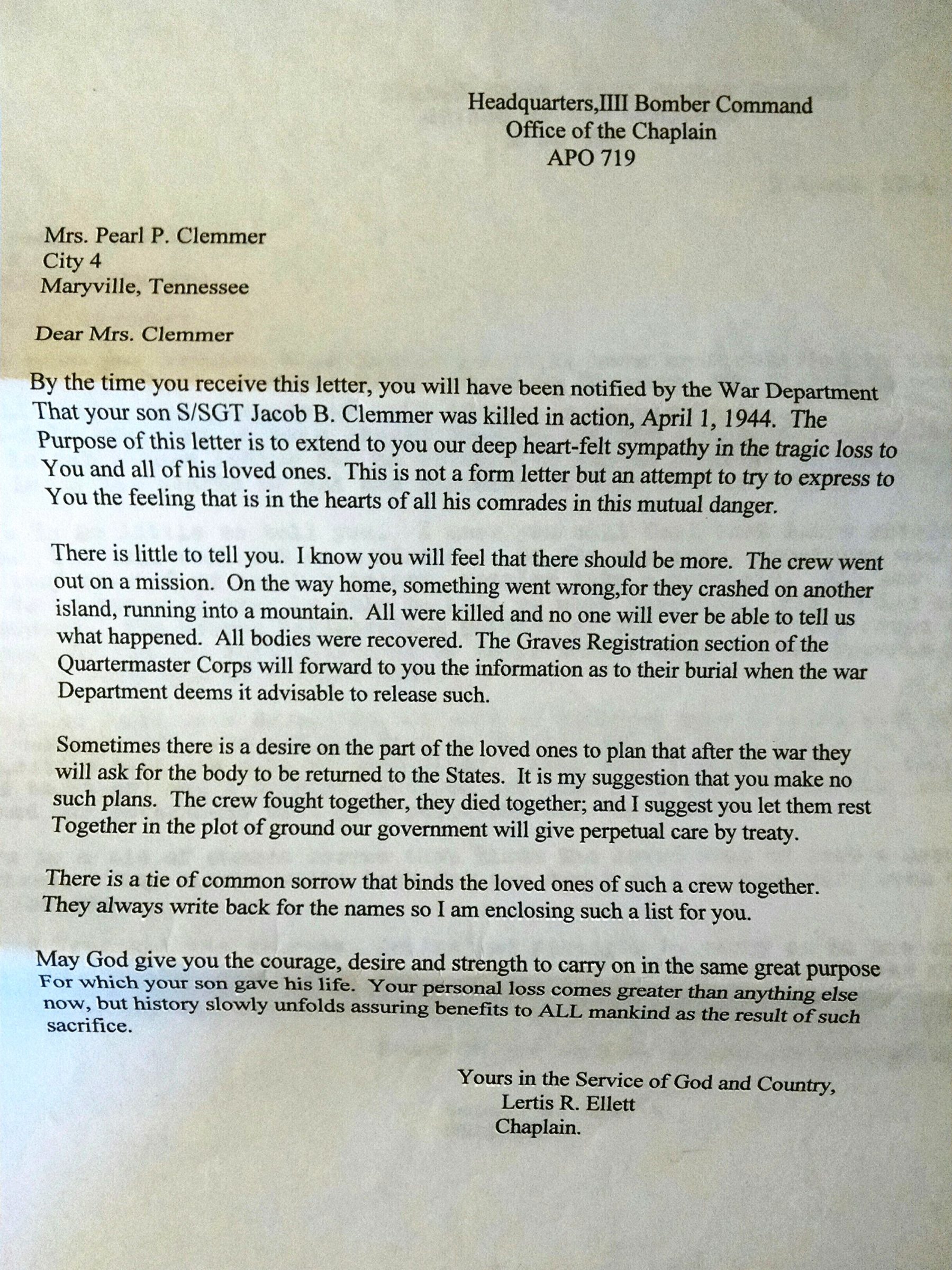 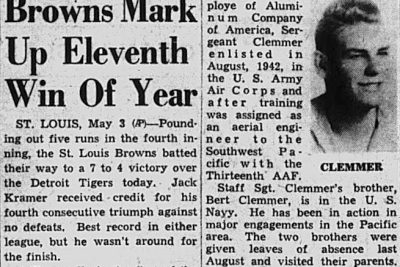