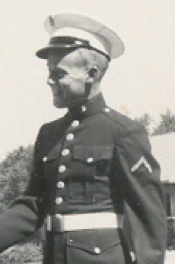 J.B. Poland, born August 20, 1928, was the son of William C. and Lillian Talley Poland of Knoxville. He was raised at the family home on Magnolia Avenue and was a graduate of Knoxville High School Class of 1947. He had a sister, Mrs. Mary Hicks of Louisville, TN, brothers, Easton of Forth Worth, TX, and Robert Poland of Knoxville.

Private First Class Poland joined the United States Marines and was a member of the Headquarters Company, 2nd Battalion, 5th Marines, 1st Marine Division. He was killed in action September 27, 1950, while fighting against the North Korean Army in Seoul, Korea. He was returned to Knoxville for burial on July 3, 1951, over the Southern Railway. Funeral services were held July 5, 1951, at Little Brick Presbyterian Church. He was interred with full military honors, provided by the United States Marine Corps, and laid to rest in the U.S. National Cemetery, Knoxville. 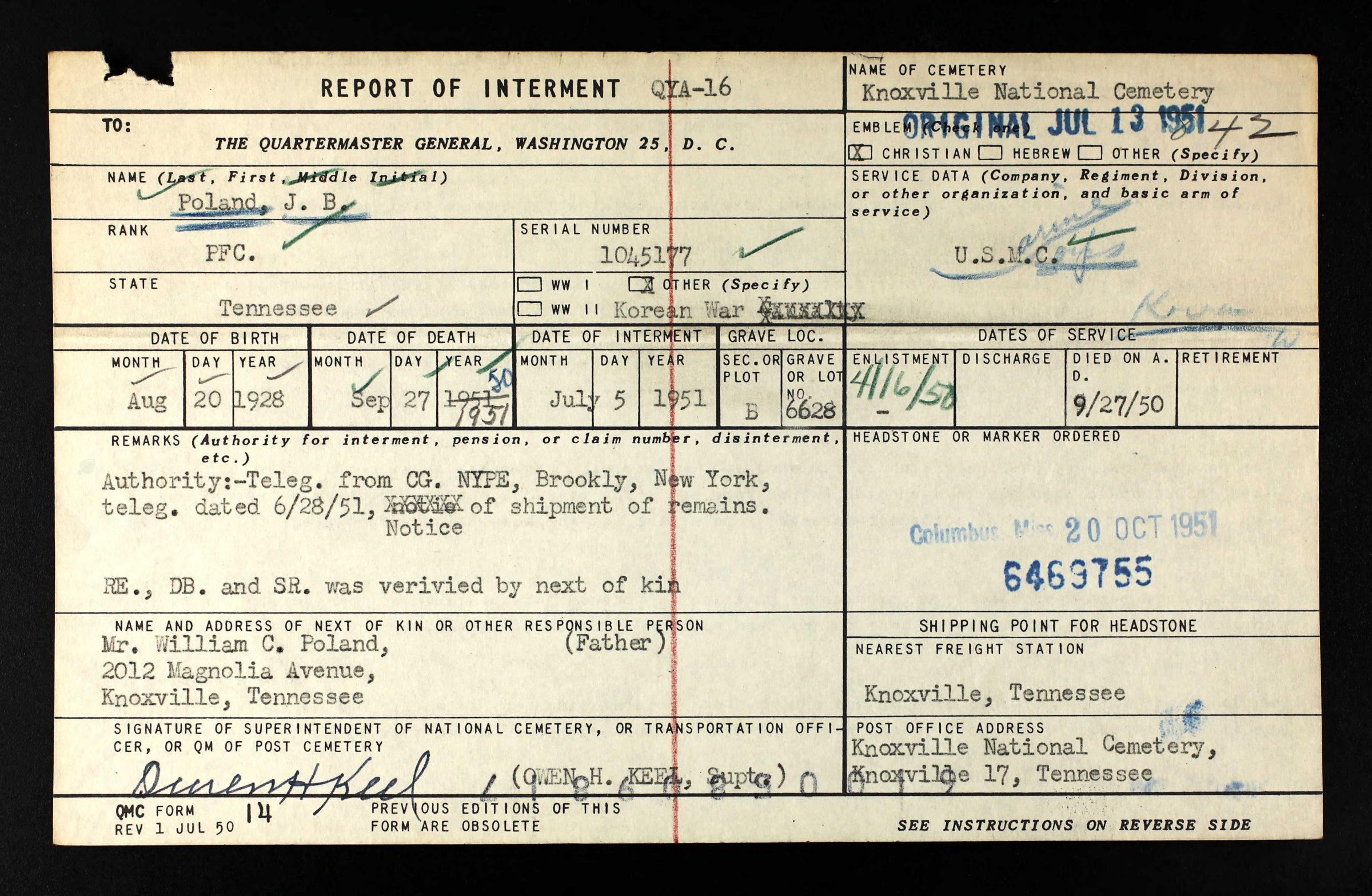 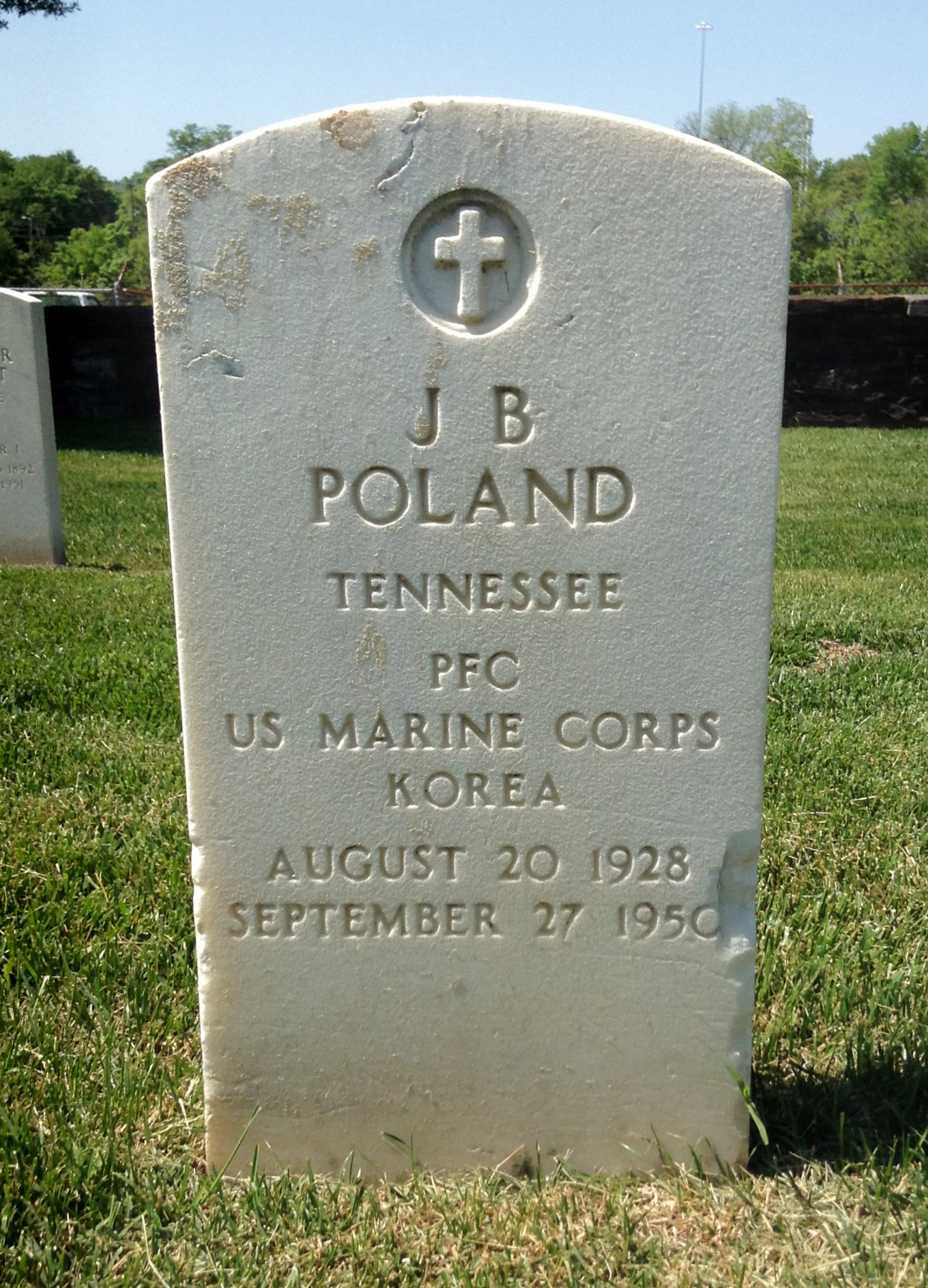