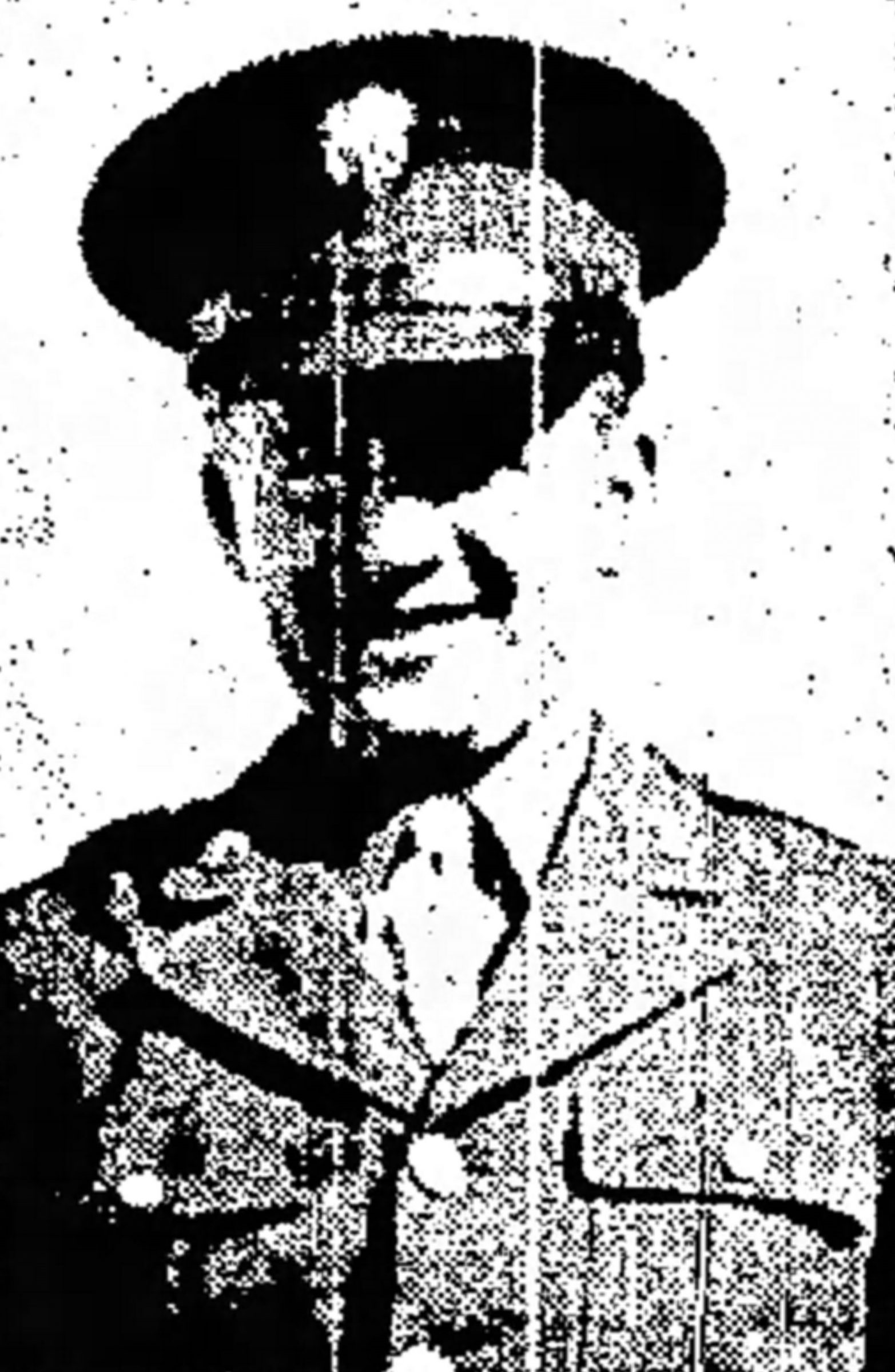 Kingsport Times News, 3 June 1945
Staff Sergeant Ivan F. Morell, son of Mr. and Mrs. W.M. Morell, Route 2, Lenoir City, has died of wounds received in action on Luzon, the War Department has advised his parents. The soldier, who served with the infantry, was awarded the Silver Star for gallantry in action on Leyte Island last December. He entered the Army in October 1942.
The Silver Star was awarded him for performance of duty when his company was halted by heavy fire from Jap machine gun emplacements and Sergeant Morell advanced on a pillbox. Although his helmet was shot off his head, he wiped out the enemy open-handedly with a rifle and hand grenade and silenced the guns.
Sergeant Morell had participated in five major battles prior to his death.
Surviving are the following brothers and sister: Cecil Morell of Johnson City, M/Sgt Carter P. Morell, who is in Buffalo, N.Y., following overseas duty; Mary Lee Morell, Clarence Morell, and Mrs. Scott Norris of Lenoir City; Mrs. Clifford Norris of Loudon and Mrs. A.W. Ketron of Kingsport. 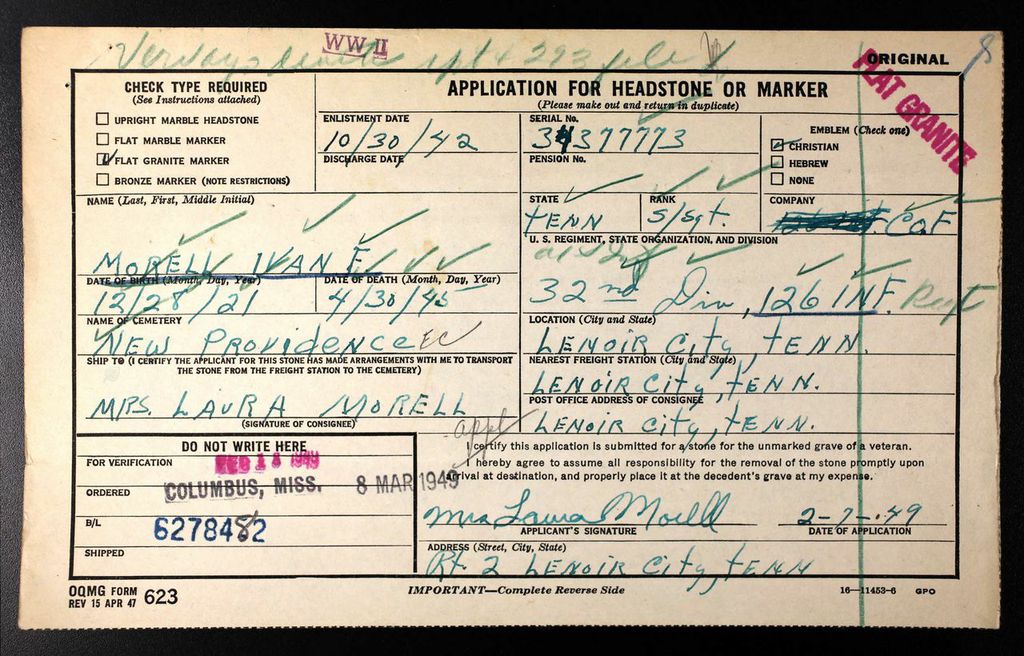