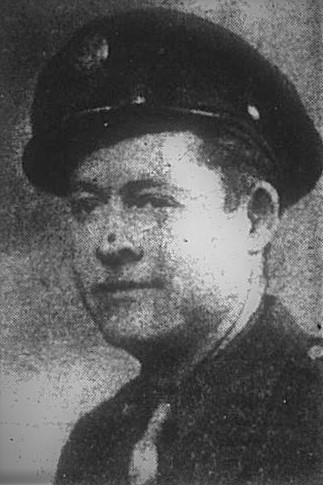 PFC Holt is buried at Bruners Grover United Methodist Church Cemetery, Cocke County, Tennessee. He was the son of Ace and Allie Holt.

The Newport Time, August 15, 1945
Ivan Holt was drowned, according to a letter just received hereb y his father, Mr. Ace Holt, Woodlawn Avenue. The letter follow: “Dear Mr. Holt, You have no doubt already been advised by the Adjutant General of the death of your son, Pfc. Ivan F. Holt. The exact dateof his death is not known because of the mysterious circumstances under which it took place. As far as can be determined, Pfc. Holt was last seen on V.F. Day, May 7, 1945, in which time he went on pass. Nothing more was heard of him until his body was recovered June 9, 1945 from the Mersey River near Warrington, Lancashire, only a few miles from camp. There was no evidence of violence, and a painstaking investigation revealed no clue that would  explain the tragedy.
Burial took place in the American cemetery at Cambridge, England. The service in which he was accorded full military honors, was conducted by an army chaplain of Protestant Faith.”
The letter was signed by Captain William F. Hunt, Chaplain and added that Ivan was well liked by the men and officers of his unit, and that he made a valuable contribution to the war efford in his various assingments.
“We had a letter from Ivan, May 18,” Miss Jessie Holt, a sister, said Wednesday afternoon, but she said it made no reference to what he was doing or what was happening to him at that time. “We are at complete loss to know why he was drowned,” she said. 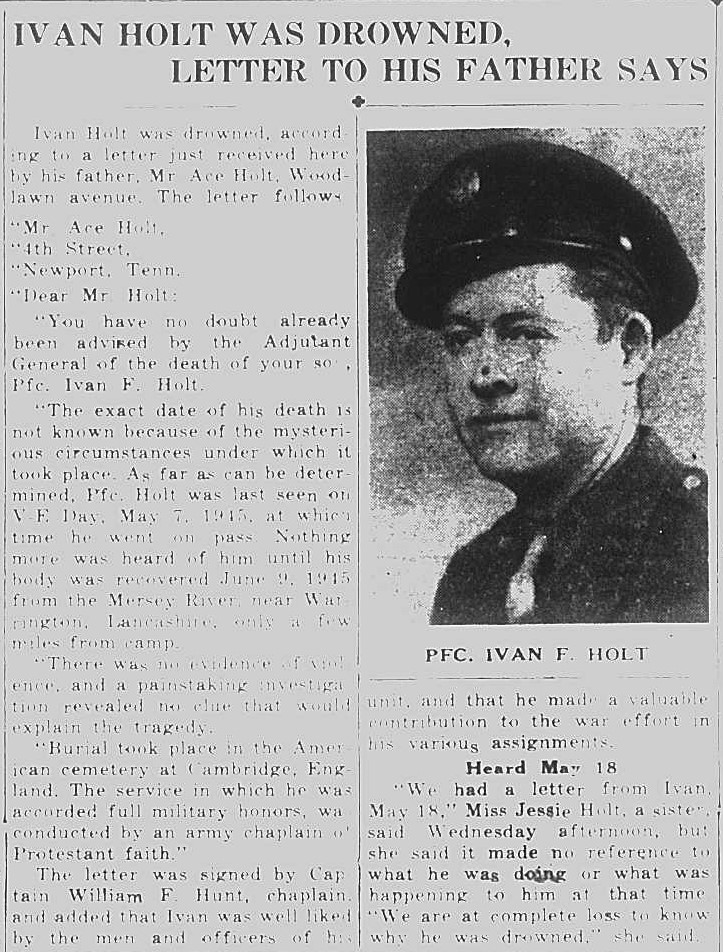