Corporal Ivan Alexander Andes was the son of Alexander James Andes and Pearl Andes. He had one brother, James Osborn Andes, and one sister, Elaine Andes. Corporal Andes had two years of college education at the University of Tennessee, before enlisting in the military on February 12, 1942 in Fort Oglethorpe, Georgia. He served in the Army Air Forces, 330th Bomber Squadron, 93rd Bomber Group, Heavy. He received training at Ft. Myers, Florida and Grenier Field, New Hampshire before going overseas in late September of 1942. He died on June 20, 1943. His death is listed as died non-battle. He is buried in Cambridge American Cemetery in England (Plot G, Row 7, Grave 161).

Picture from the University of Tennessee, The Volunteer 1930 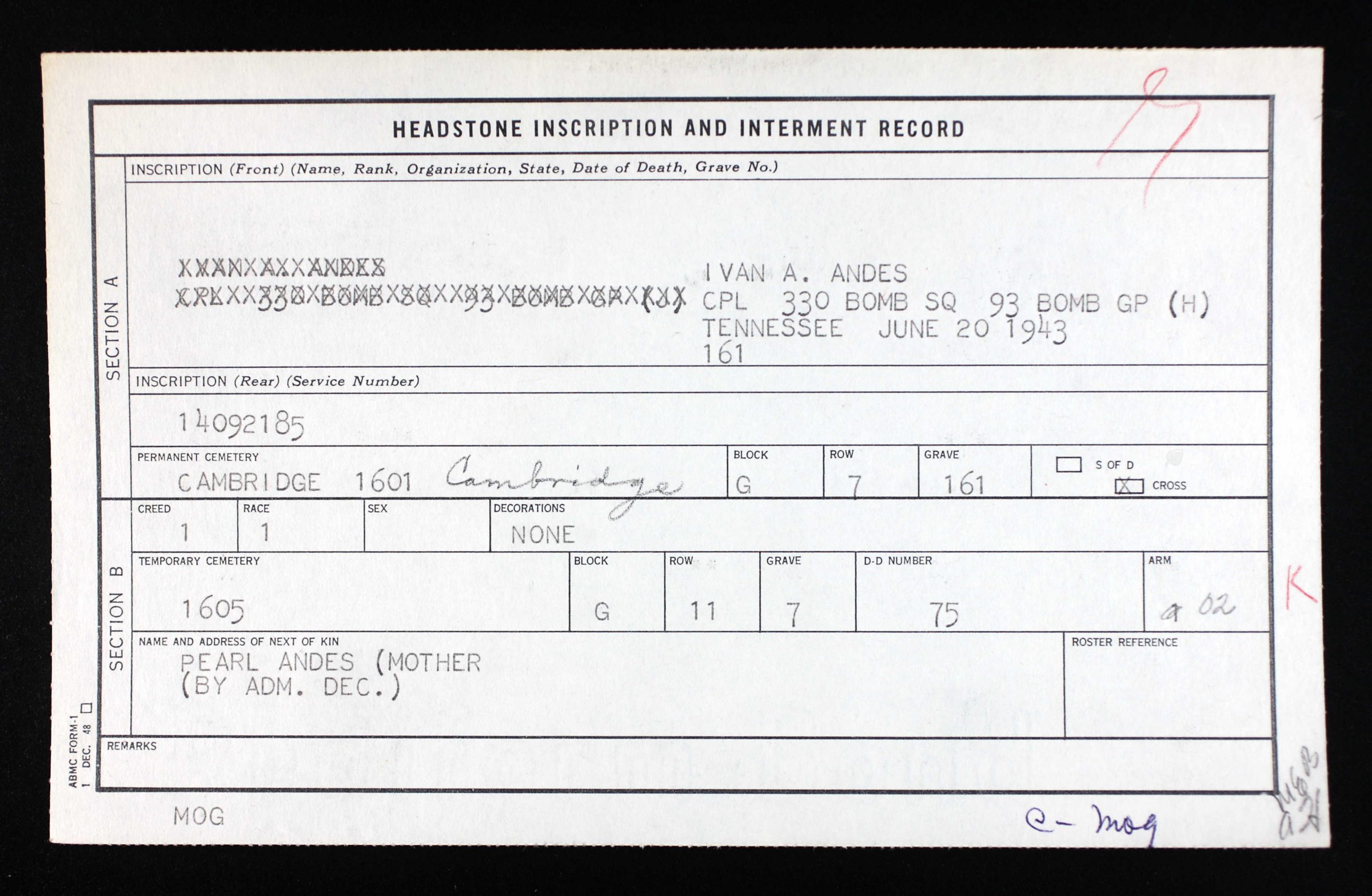 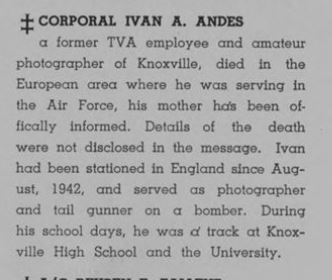 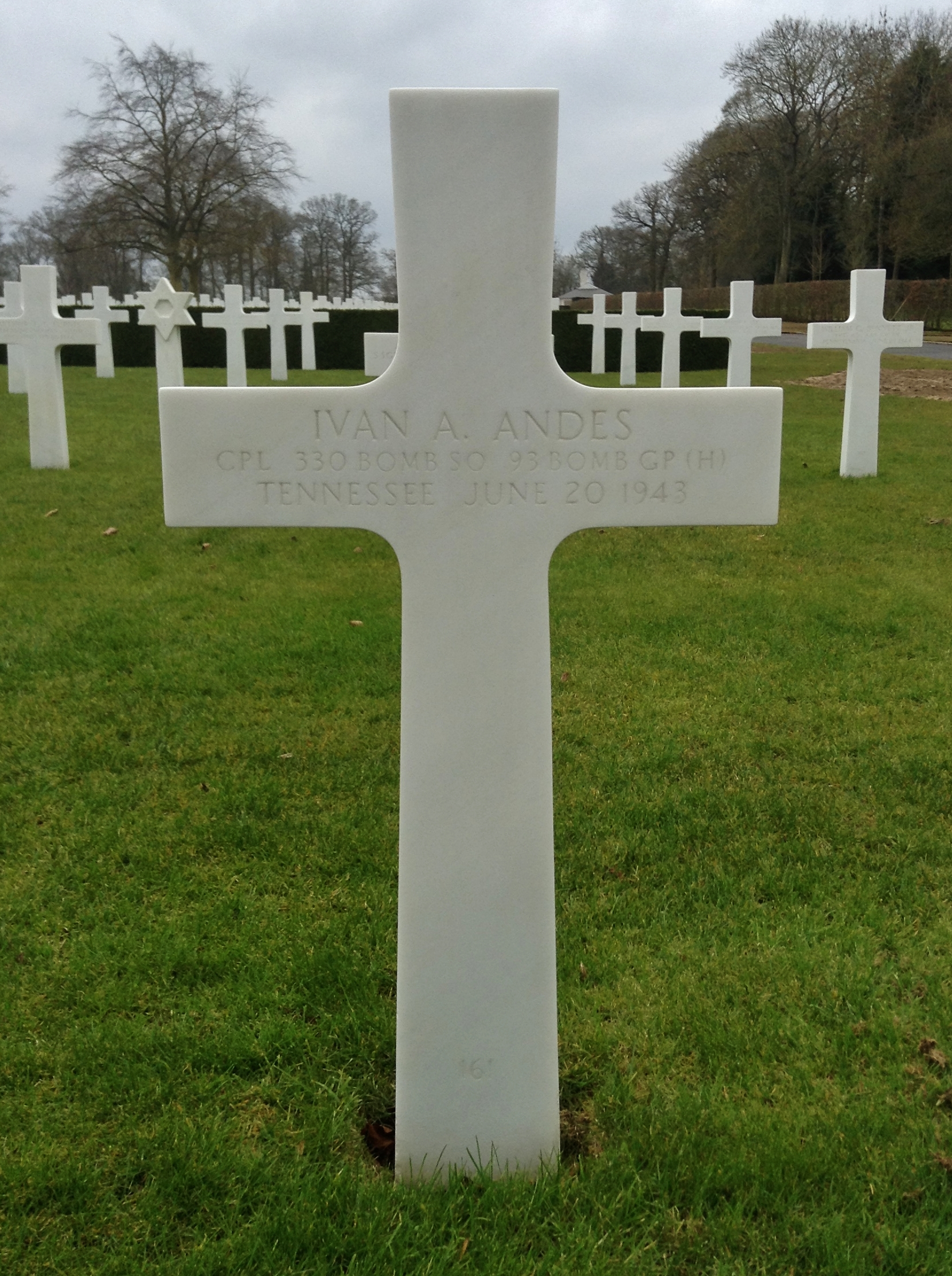