Isaiah Ash died non battle in California. He was born in 1925.

On the evening of July 17th, 1944, at the Port Chicago Naval Munitions base located on San Francisco Bay, the largest state-side military disaster of WWII occurred, killing 320 men and injuring another 390 men on the base. Two transport ships, the E.A. Bryan and the Quinault Victory were completely destroyed. The small town of Port Chicago, only 30 miles from San Francisco, also suffered tremendous damage. Chunks of smoldering metal weighing hundreds of pounds and even undetonated bombs rained down upon the community, damaging over 300 structures and injuring over 100 people. Miraculously, none of the bombs exploded, and no residents of the town of Port Chicago were killed. By sheer size of the blast, the Port Chicago explosion was as large as a 5-kiloton bomb. 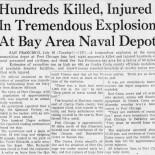 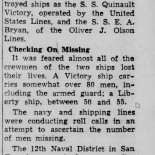 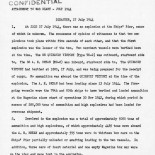 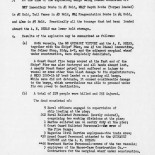