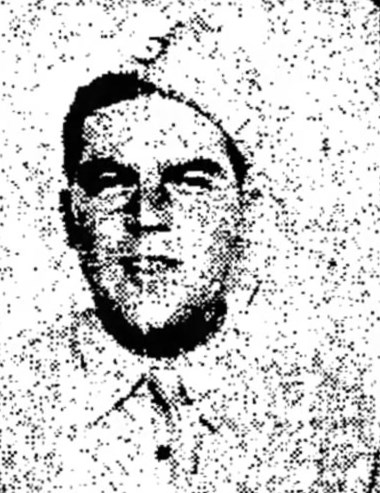 Private First Class Isaac Anderson was assigned to the 169th Infantry Regiment, 43rd Infantry Division. The 43rd was involved in the Northern Solomons, and then into New Guinea Campaign in July 1943. He died of wounds on 19 July 1943. He is interred at F,1,21 Manila American Cemetery, Manila, Philippines.

The Kingsport News, 5 August 1943
I.R. Anderson lost in action against Japs
Added Wednesday to the list of Sullivan County Servicemen killed in action was Private First Class Isaac R. Anderson, 26, son of Mrs. Reeve S. Anderson, Route No. 1, Kingsport.
Mrs. Anderson was informed Wednesday by a War Department telegram that her son died July 18 in the Southwest Pacific area of wounds received in action.
Private First Class Anderson, who attended Blountville High School, and had been an employe of the Tennessee Eastman Corporation, had been in the Army for approximately two years, and had seen almost 10 months service overseas.
Besides his mother, he is survived by one sister, mrs. Fred Boyd, who makes her home with Mrs. Anderson. His father, the lage George A. Anderson, died four years ago. An uncle, Hugh Anderson, is a Sullivan County magistrate, serving the Tenth District. 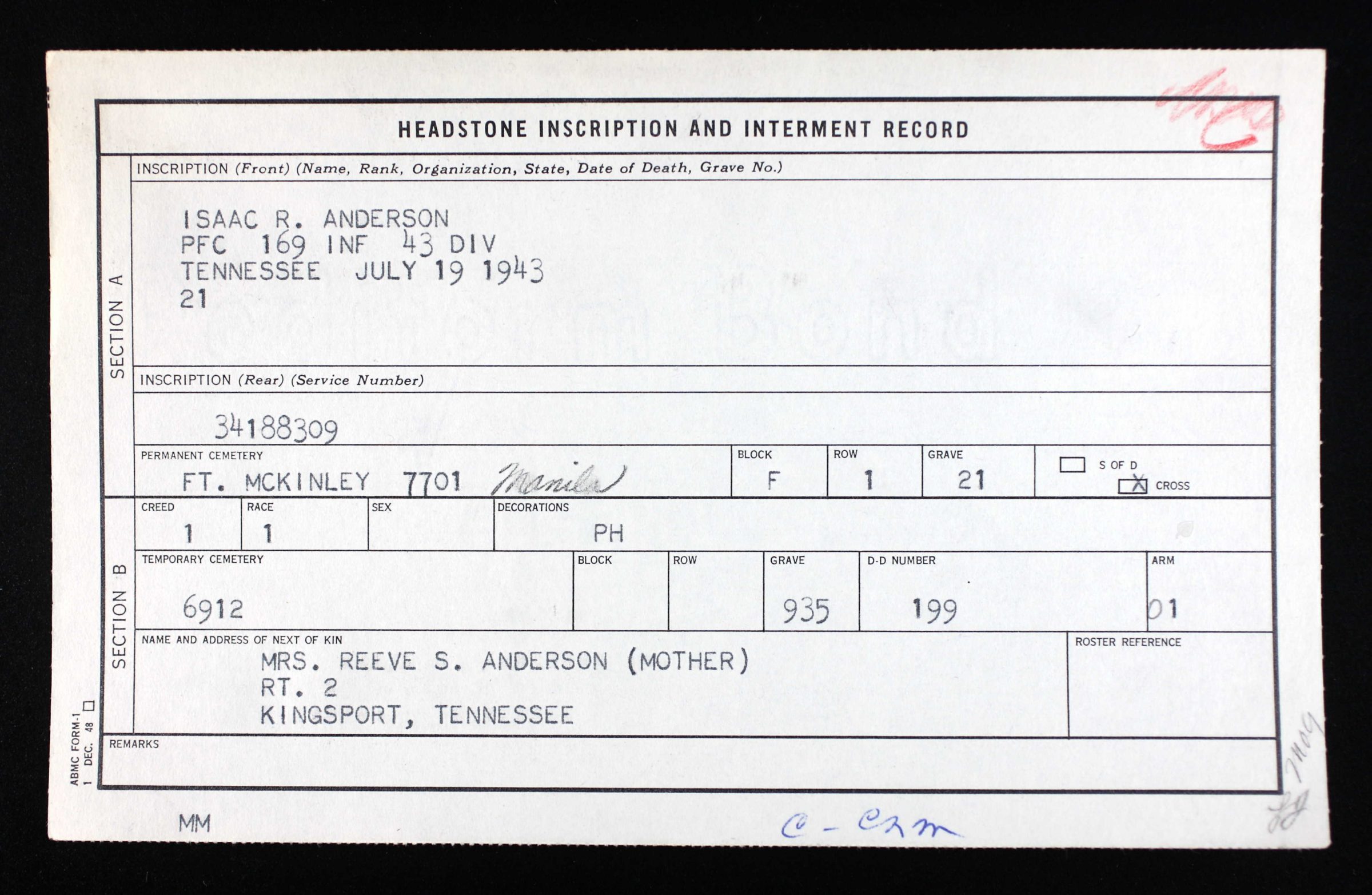