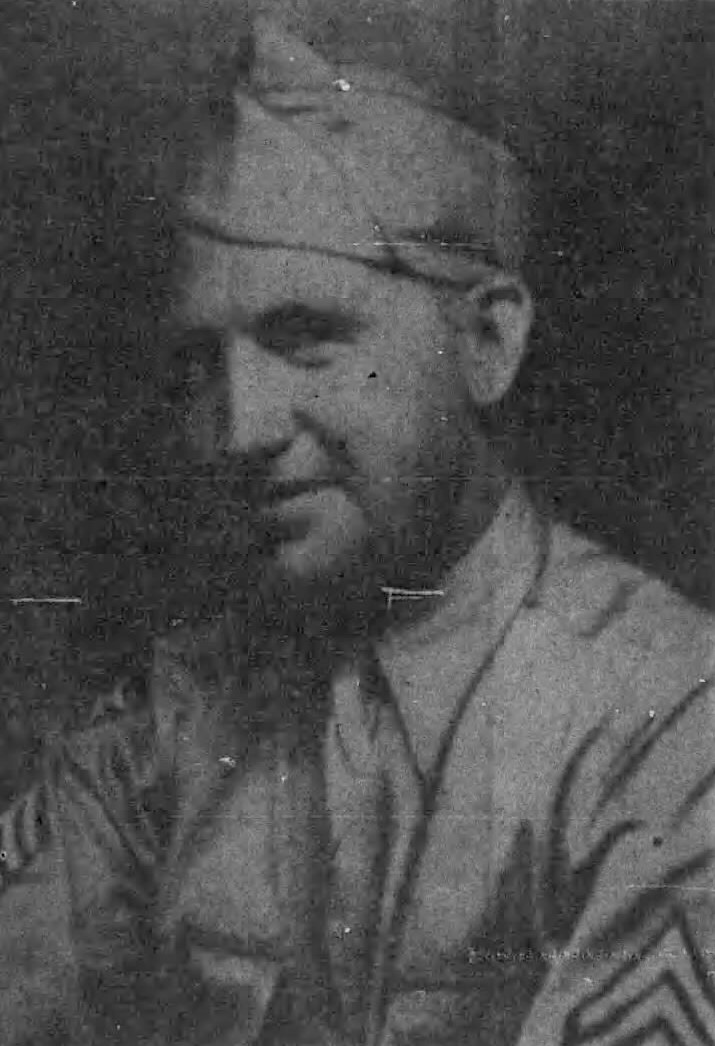 The Elizabethton Star, 4 April 1948
Funeral services for T-Sgt. Ira J. Hardin, 29, whose body will arrive after shipment from the Pacific overseas in Johnson City Tuesday morning, will be conducted at the home of a sister, Mrs. D.J. Merryman, 400 Academy. Burial will be in the Nave Cemetery at Siam.
Sgt. Hardin is survived by four brothers, Burchell Hardin of Elizabethton, J.M. Hardin, Detroit, Michigan, AM/3C Kyle Hardin with the U.S. Navy at Coca Solo, C.Z., Panama and Kenneth Hardin of Elizabethton; six sisters, Mrs. Richard I. Devine, Charlotte Hardin and Mildred Hardin, Providence, Rhode Island, Mrs. Charles Paine, Cleveland, Ohio, Mrs. Homer Fair, Johnson City and Mrs. Merryman.
Sgt. Hardin was killed in an accident on Guam on Jan. 25, 1945. He attended the Elizabethton city schools and after finishing school became an employe of the American Bemberg Corporation. He enlisted in Company “A”, 117th Infantry, Tennessee National Guard in 1940 just before the regiment was called into Federal service. Soon after Pearl Harbor he volunteered for the Army Air Force. He received his basic training in the air service at Denver, Col. and at Harlington, Texas. At the latter post he was graduated as an aerial gunner in the largest class that was graduated up to that time. Upon graduation he received his silver wings and was promoted to the rank of sergeant. His outfit was sent overseas to the Pacific theater in April, 1943 and he served in the Marshalls, Gilbert and Marianna Islands. 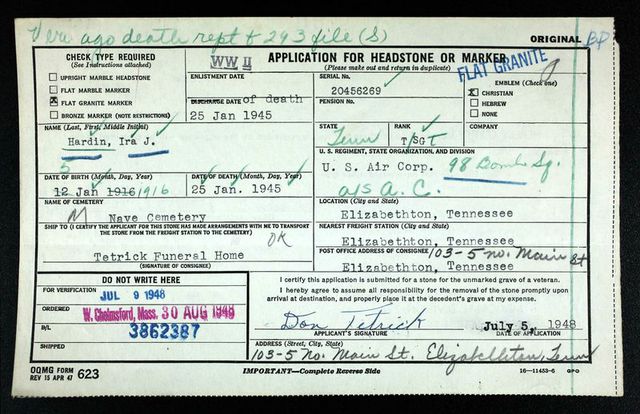 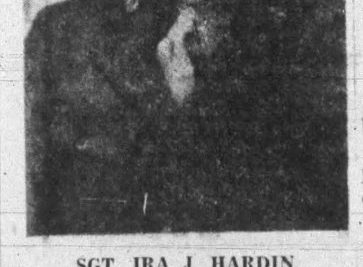 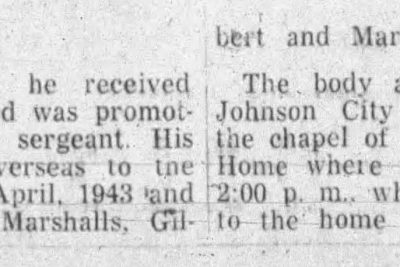