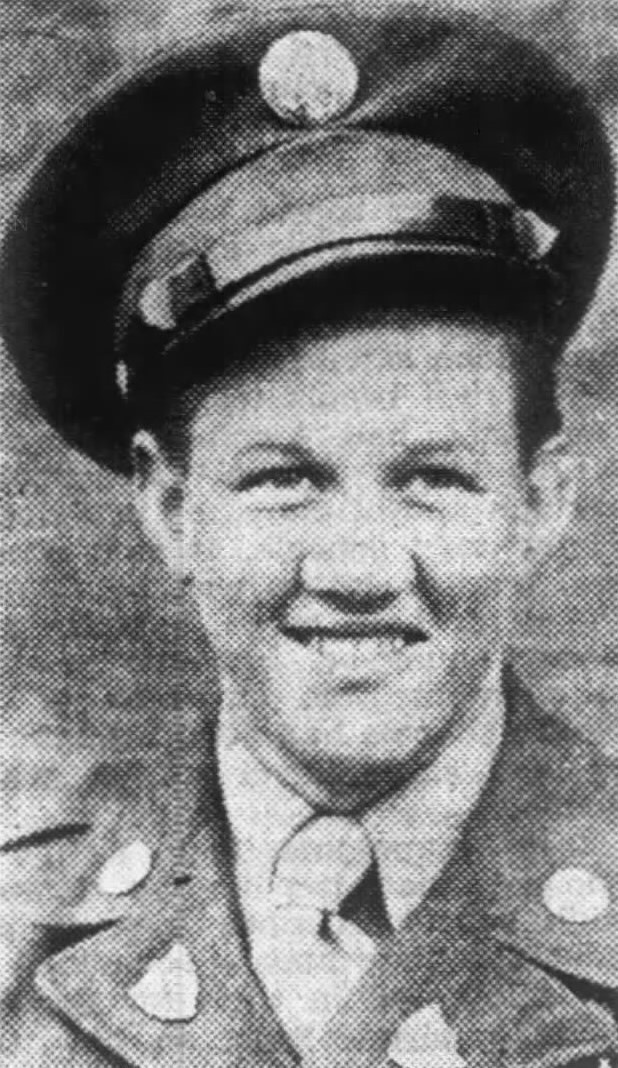 Corporal Bear was a member of the 9th Infantry Regiment, 2nd Infantry Division. He was killed in action while fighting the enemy in South Korea.
He is buried at Depew Chapel Cemetery, Sullivan County, Tennessee.

The Kingsport Times, March 3, 1952
Corporal Huville E. Bear, who was previously reported missing in action in Korea, has been declared killed in action, according to an announcement released Monday by the United States Department of Defense. The son of Mr. and Mrs. David C. Bear, 52 Holston Heights, Cpl. Bear, 20, entered service four years ago. He was sent to Korea in July, 1950, and was reported missing in September of that year. He was born March 28, 1931, in Kingsport, and lived here until the time of his induction. He attended Jackson School and Junior High School. Besides his parents he is survived by the following; five sisters, Mrs. Clyde Carter, Churh Hill, Mrs. Velma Kerney, Vernon Heights, Mrs. John Messersmith, York, Pa., Miss Helen Bear and Miss Patsy Bear, Kingsport; three brothers, Arthur, Joseph and Worley, all of Kingsport. One brother, Joseph, is in the United States Air Force, and is now stationed in Louisiana. 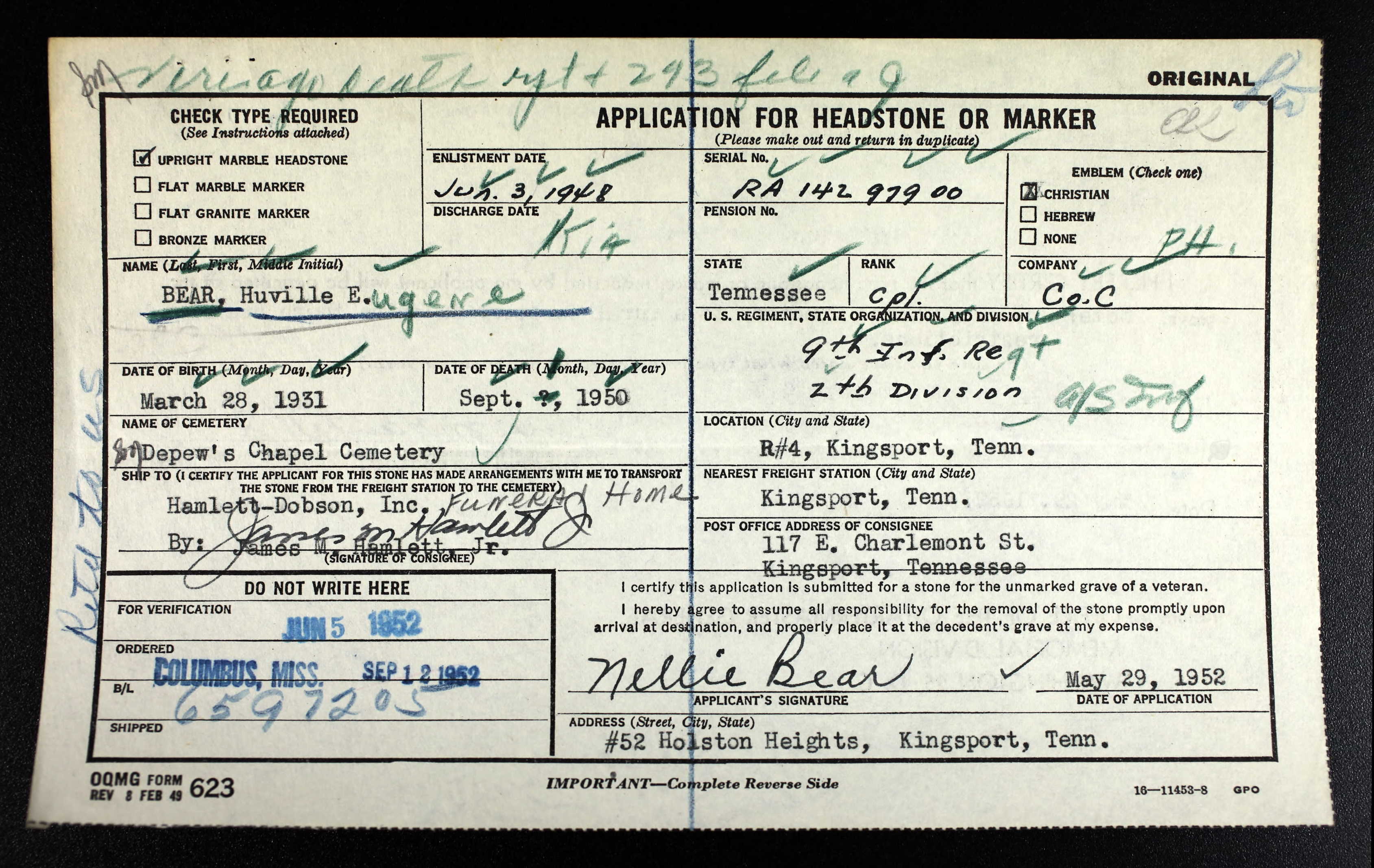 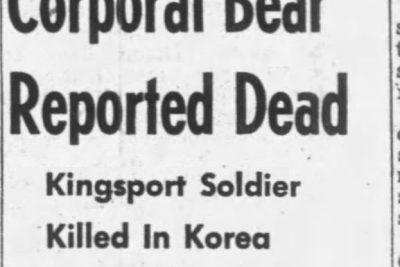