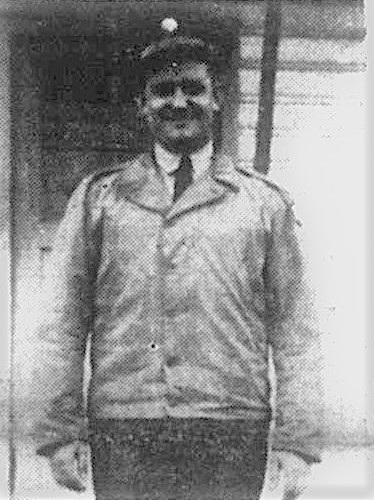 T/5 Lewallen was Killed in Action near Petite Langlier in Belgium. He is buried at Lewallen Cemetery, Glenmary, Scott County in Tennessee.

Dear Mrs. Lewallen,
The office and men of this regiment wish to express their sympaghy to you upon the passing of your son, t5 Hurst Lewallen, 34044433, killed 10 January 1945 in action against the enemy in Belgium. He fell on the field of battle and died immediately being spared lengthy suffering. To you, he was a beloved son; to us he was a comrade in arms, faithful in the performance of his duties and long to be remembered. Our country honors him as a man who laid down his life that others might continue to enjoy its blessings. Hurst was laid to rest in an American military cemetery in Belgium. Appropiate funeral services were conducted by a Protestant chaplain, There, beneath a neat white cross, resting beside other brave comrades, he awaits the resurrection summons of the Prince of Peace.  For further information on the location of Hurst’s Grave and the disposal of his remains and personal effects, you should communicate direct with the Quartermaster General, ASF Washington, D.C.