The Knoxville Journal, September 26, 1943
Pvt Hughes W. Gobble of Johnson City, was one of three U.S. Marines drowned thursday at Londonderry, Northern Island, according to an Associated Press report yesterday. One of the threee, Sgt Fred I. Brevik, 29, of Watertown, S.D. lost his life in an effort to rescue his two comrades. The third man to lose his life was James McGowan of Lynn, Mass.
Private Gobble and McGowan were swept away in a stream during combat exercise and Sergeant Brevik plunged back into the stream after fording it and tried to save his comrades. 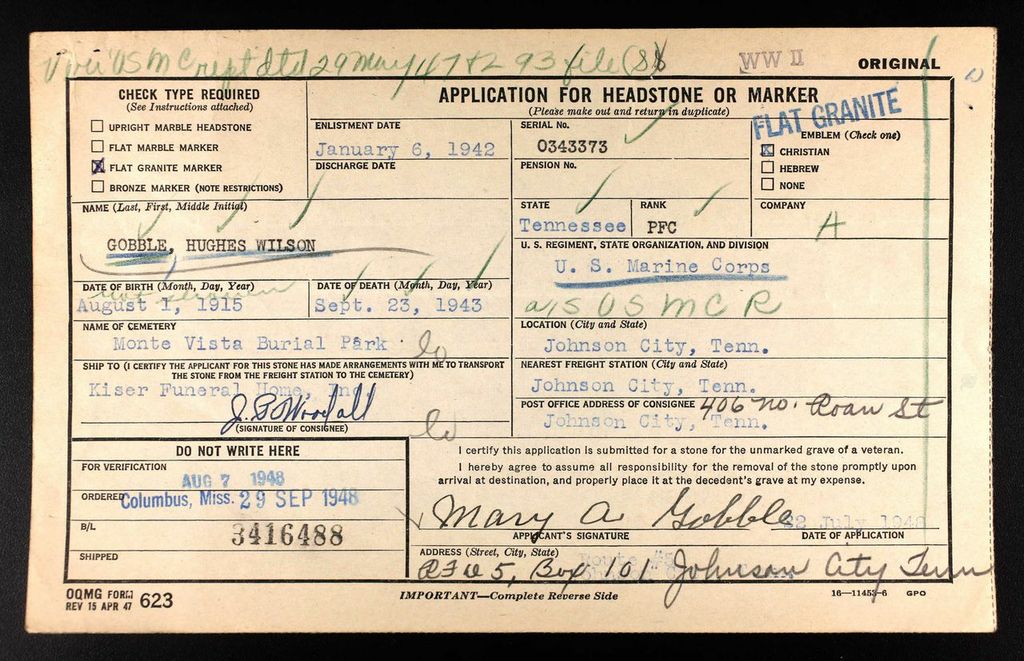 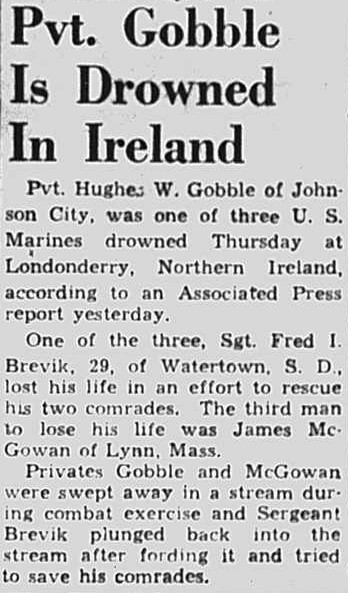