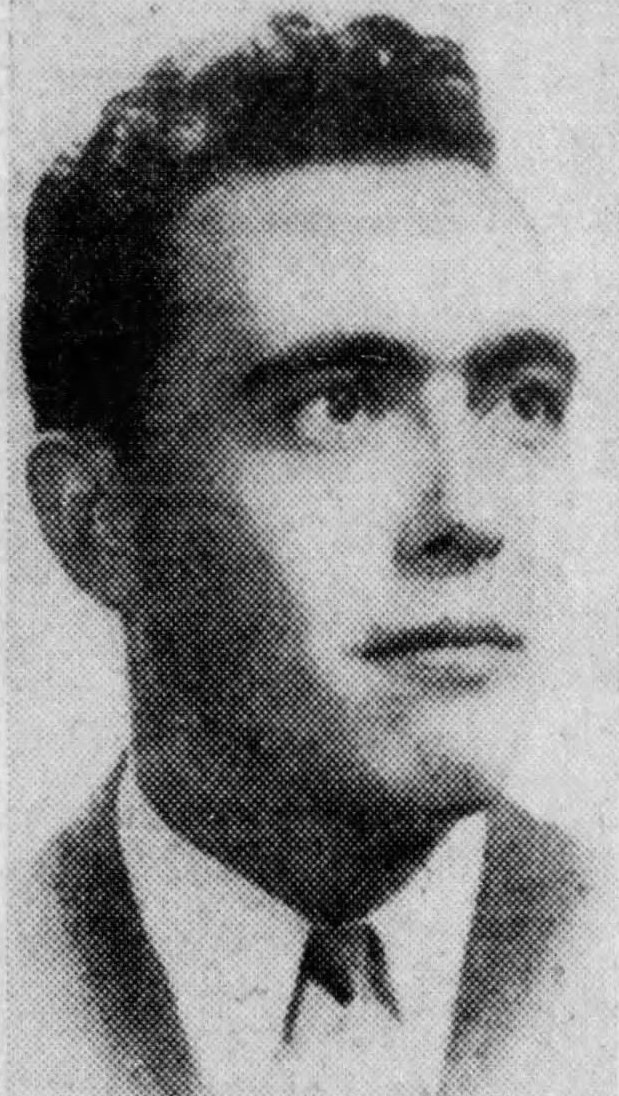 Aircraft B-25C was on a combat raid against enemy installations in the vicinity of Lao Airdrome, New Guinea. As the plane approached the target area, it was attacked by several Zero fighters. Though outnumbered more than four to one, Lt Hesselbarth dropped the bombs on the target and then engaged the enemy aircraft until his plane was destroyed. The aircraft was losing altitude with engines in flames.

Having actually gone “Missing” on 25 May 1942, he was not officially declared by the military as being dead until November 18, 1945.

The Knoxville News-Sentinel, August 8, 1942
Corp. Hugh Wallace Douglas, 22, son of Floyd O. Wallace, of Riverdale, is named as “missing in action” on an official list released today by the War Department. The list covers the Far Eastern theater including Australia and the South Pacific. Corporal Douglas, 22, was an air corps radio operator.
A graduate of Carter High where he played football, the Riverdale man volunteered in September, 1940. He sailed March 1 for the Pacific front. Last message from Corporal Douglas was a letter to a girl friend in Lincoln, Neb., which arrived May 23. He had received training at Stations at Lincoln and at Savannah, Ga. Before publication of the list, the War Department had notified the family that the young man was missing.
Hugh Douglas grew up on the family farm at Stoney Point near Riverdale, and worked the farm with his father and brothers before enlistment. He was a strapping fellow. Besides the father, there are three brothers, Cline, Winfred and Floyd Douglas Jr., and a sister, Mrs. Charles Styles, all of the Riverdale vicinity. Mrs. W.E. Douglas, of South Knoxville Route 9 is an aunt. 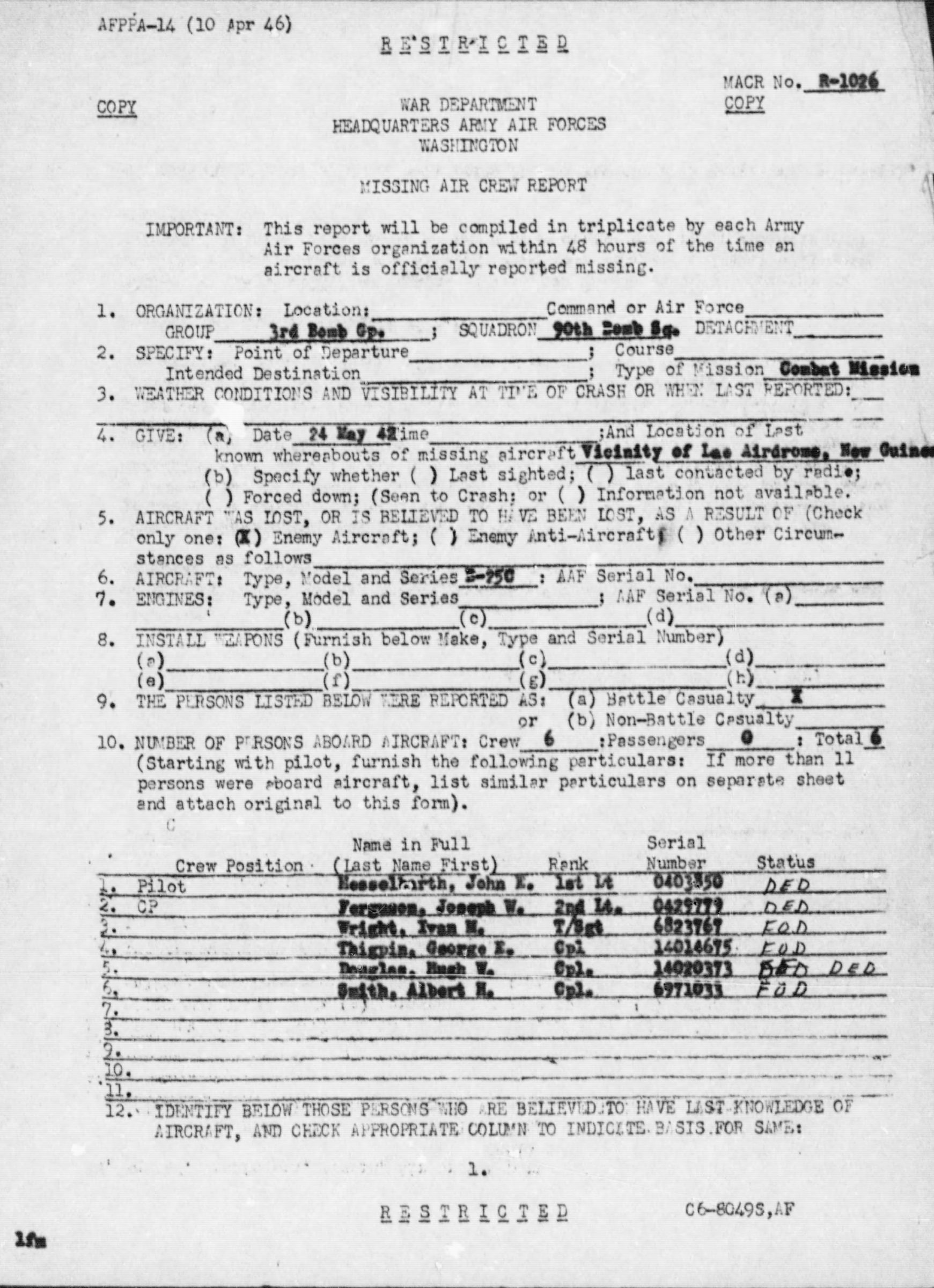 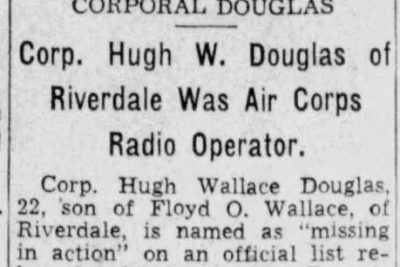