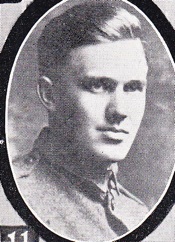 He was killed in action September 29, 1918, in the Somme Offensive. He was a member of Company D, 117th Infantry, 30th Division from his enlistment on July 23, 1917. He went through the training period at Camp Sevier, SC, and in France. In the fighting in Belgium, he was unscathed.

Sergt. Hugh J. Luttrell, of company D, 117th Infantry, was killed in action according to a letter received by his parents, Mr. and Mrs. H. M. Luttrell, 807 North Fourth avenue, from Sergt. Harry T. McLean, also of Knoxville. Further confirmation of the death was made in a letter from Ernest Karnes to his mother, Mrs. J.H. Karnes, North Broadway. The actual date of the death and official announcement has not been received by the family of the deceased.
In a recent letter to his family, Sergt. Luttrell, who is in Capt. Harry Custis’ company, told of an offer from his captain to send him to officers training camp. Sergt. Luttrell expressed his intention of refusing the offer in order to stay with the men he had under him.
He wrote “My captain told me today he was going to send me to training camp for officers, but I believe that I will turn it down as I love all of the boys and they seem to think the world of me. If I should leave I might never see them again and here I could die with them.”
Sergt. Luttrell enlisted in the old Third Tennessee regiment, which is now the 117th Infantry, in July 1917, and left shortly afterward with Col. Carey F. Spence. In leaving, young Luttrell gave up prospects for a successful business career and left a wide circle of friends in all parts of the city. Although only 23 years of age at the time of his death, he had made a good record for himself by his work in the stock department of the Haynes-Henson Shoe Co. He graduated at the Knoxville High School in 1913 and for some time afterward was connected with the Little River Lumber Company at Elkmont. Following this he spent two years with the Haynes-Henson Company.
Sergt. Luttrell is survived by his parents, his sister, Miss Bernice, and a younger brother, Carl.
Following is the letter received from Sergt. McLean regarding the death of Sergt. Luttrell
“Dear Mr. Luttrell and Family
I want to extend to you my sympathy over the loss of your dear son and brother. He has given his life for his country and didn’t fear going into battle. Hugh was one of the most popular men in this company and he was a friend to all. Always ready to help those who need help. In the loss of Hugh you have lost a noble son and brother and the boys in the company have lost one of their best friends. Your friend, Sergt. Harry T. McLean.”
-The Journal and Tribune, November 2, 1918

“Place Gold Star On Trinity M.E. Flag”
A special feature of the Sunday morning service at Trinity M.E. church, will be the placing of a gold star on the service flag of that church. The star is in memory of Hugh Luttrell of 807 North Fourth Avenue, and is the first man from that church to give his life for his county in the present world war.
-The Journal and Tribune, Knoxville, Tennessee, Saturday, November 9, 1918 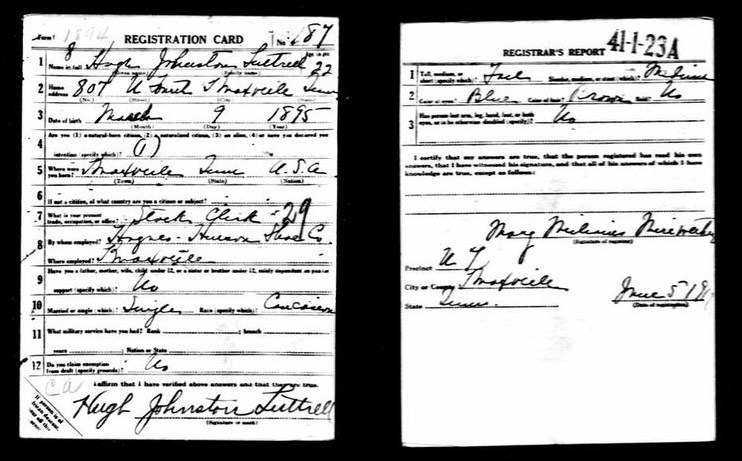 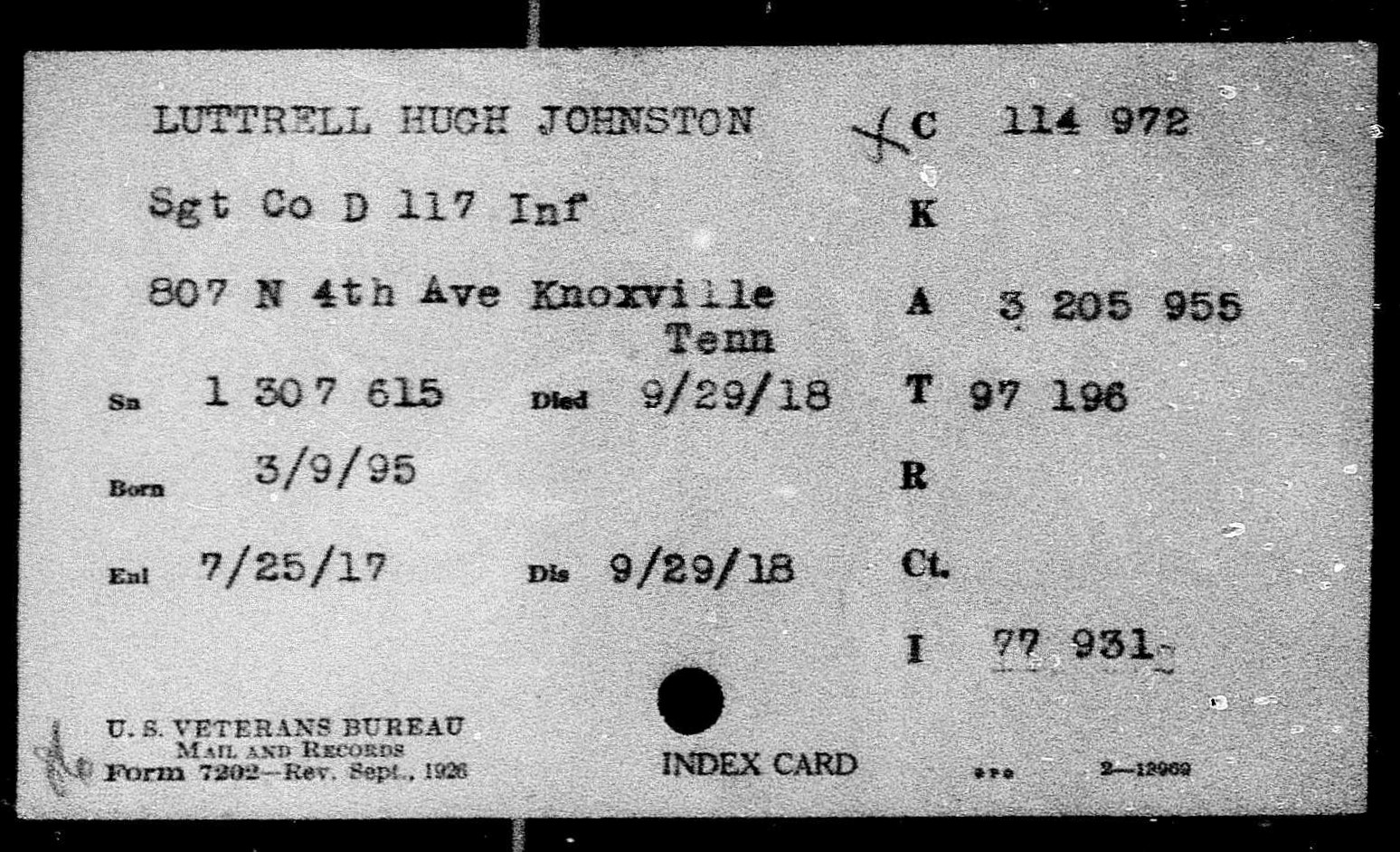 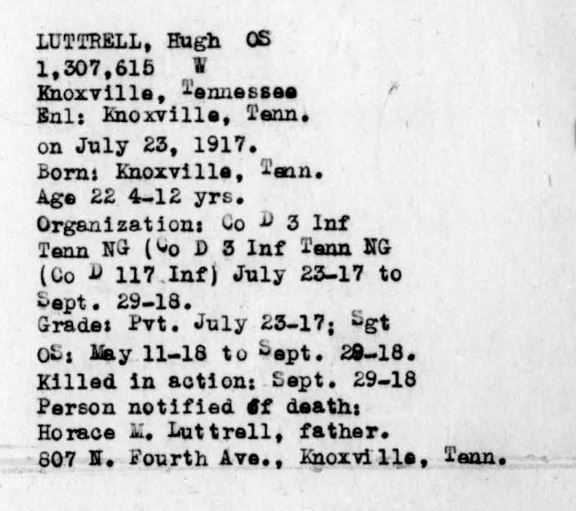