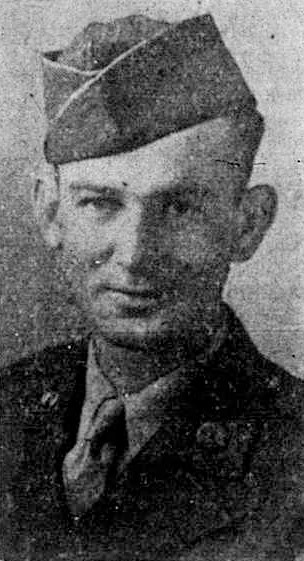 The Plain Talk and Tribune, August 23, 1948
The body of Sgt. Hugh J. Carlisle will arrive in Newport, Tenn., Tuesday afternoon at 4:54. Sgt. Carlisle was killed Feb. 23, 1945 in Ayl, Germany. He entered service Dec. 1942, serving until Aug. 1943 in the states, and was sent to France where he was assigned to Gen. Patton’s Third Army, 94th Division. He was engaged in three major battles and was posthumously awarded the Purple Heart and a citation for gallant service rendered. His mother received these awards in May after his death.
Sgt. Carlisle is survived by his parents, Mr. and Mrs. Hugh Carlisle of Knoxville; brothers, James A. and Fred Carlisle of Knoxville; sisters, Mrs. Charles Wilds, Newport, Mrs. Robert Johnson, Mrs. Burl Wilkerson, Mrs. John W. Cate and Mrs. Fred Harless, all of Knoxville. 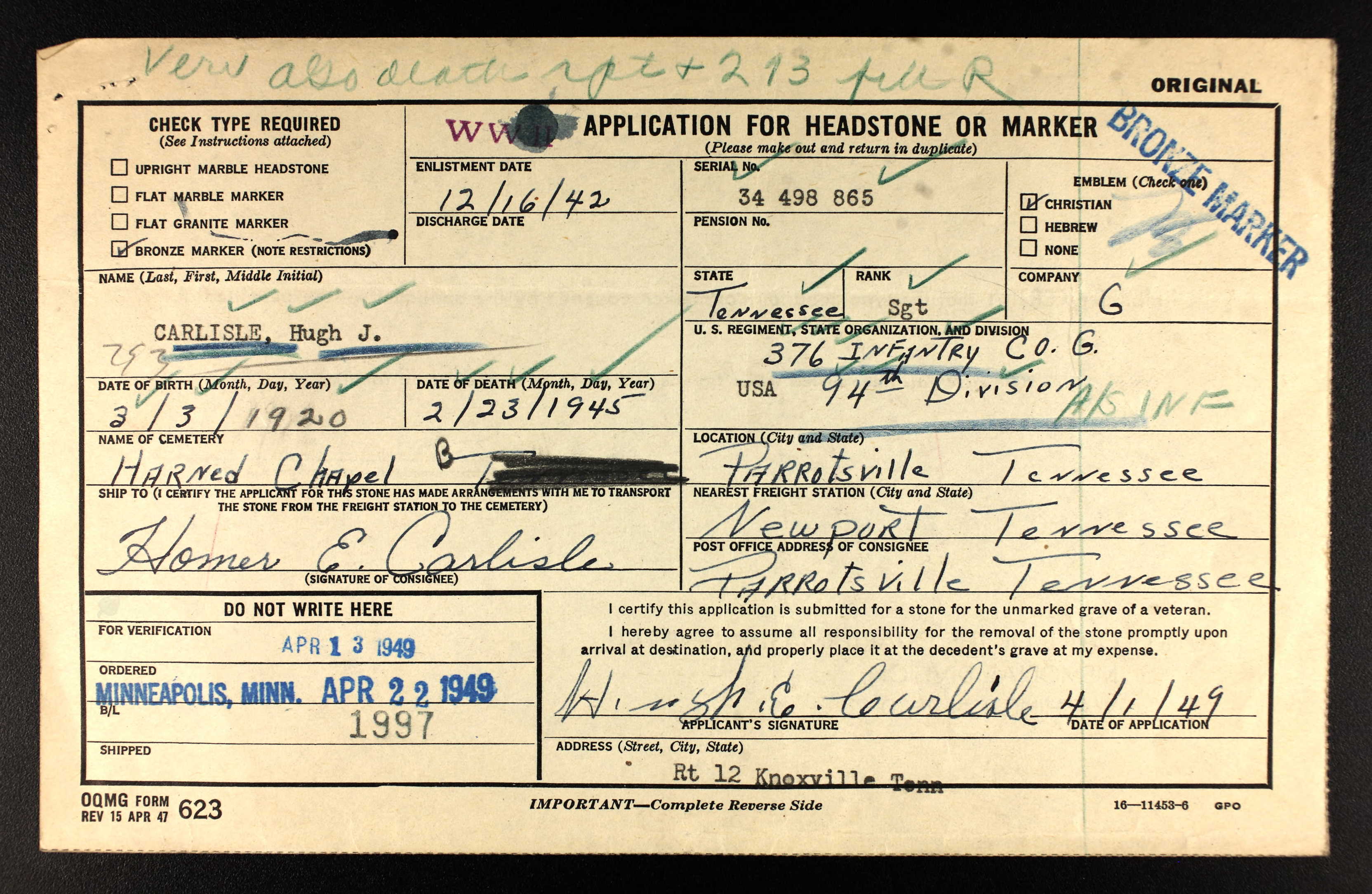