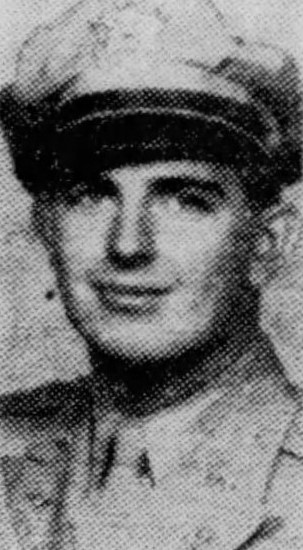 Upon returning from an operational mission, 26 March 1945, inclement weather was encountered and the 34th Group leader instructed the Squadron Leaders to peel off the aircraft on top of the cloud layer and make an SOP instrument letdown on Buncher 19. At approximately 1802 an explosion was seen from Control Tower, Sta. 156, followed closely by an second explosion. Investigation revealed one aircraft to be a B-17 with serial number 43-38402, piloted by H.H. McCutchan. The location of the remains of the aircraft is at coordinates of 5212N-0411E, near village of Framsden which indicates that Lt McCutchan was following SOP letdown. The records reveal that the cause of the crash was due to inclement weather.

The Knoxville News-Sentinel, April 10, 1945
Lt. Hugh H. McCutchan Jr., only son of Mr. and Mrs. McCutchan, 213 Garden Avenue, Fountain City, was killed March 26 while flying over England, his parents were notified. He was first pilot on a B-17 and had been overseas since Feb. 1
Lt. McCutchan was an honor student of CHS. He had completed his sophomore work in engineering at U-T when he entered service April 5, 1943. Mr. McCutchan is manager of Knoxville Community Chest. 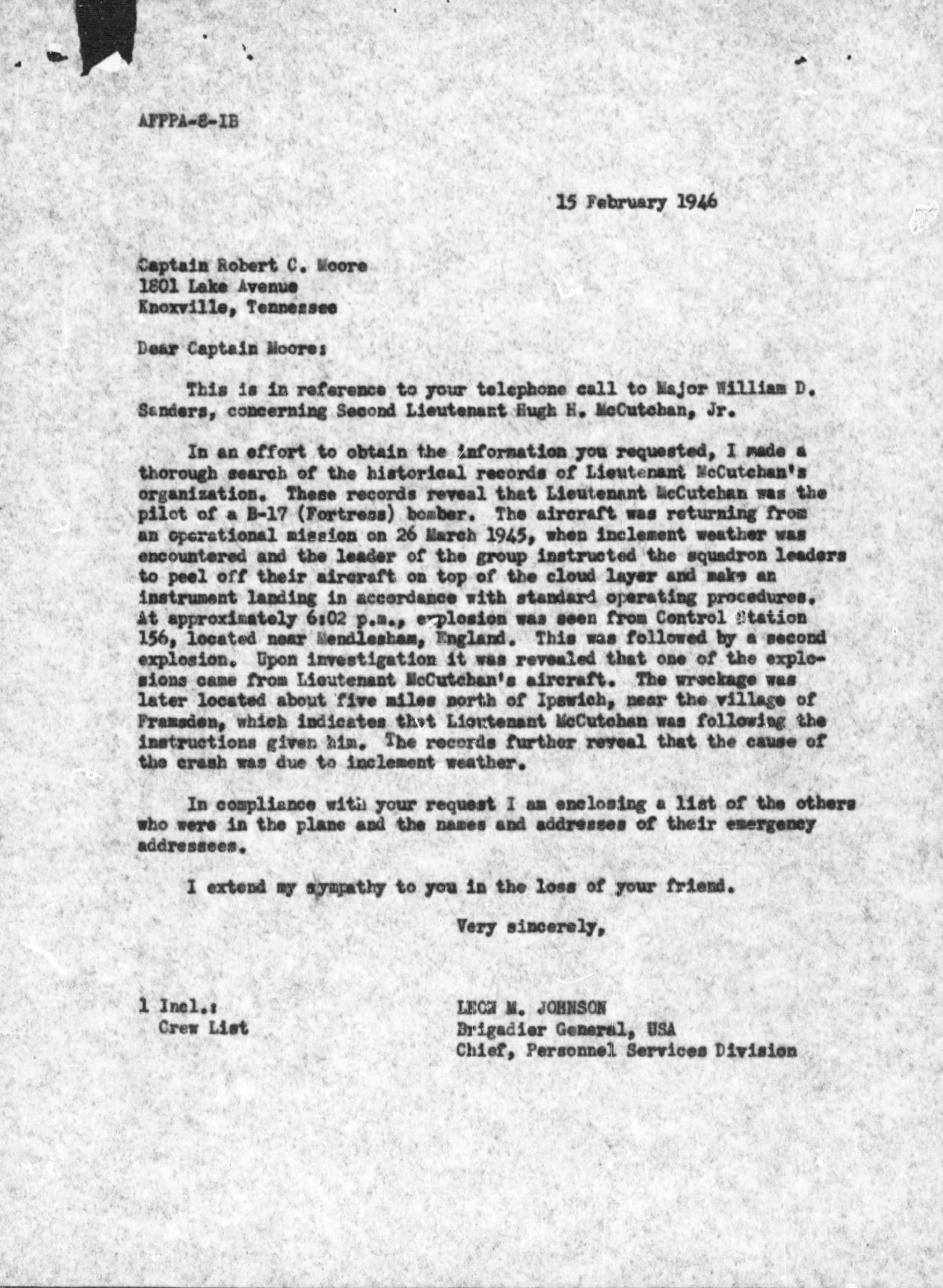 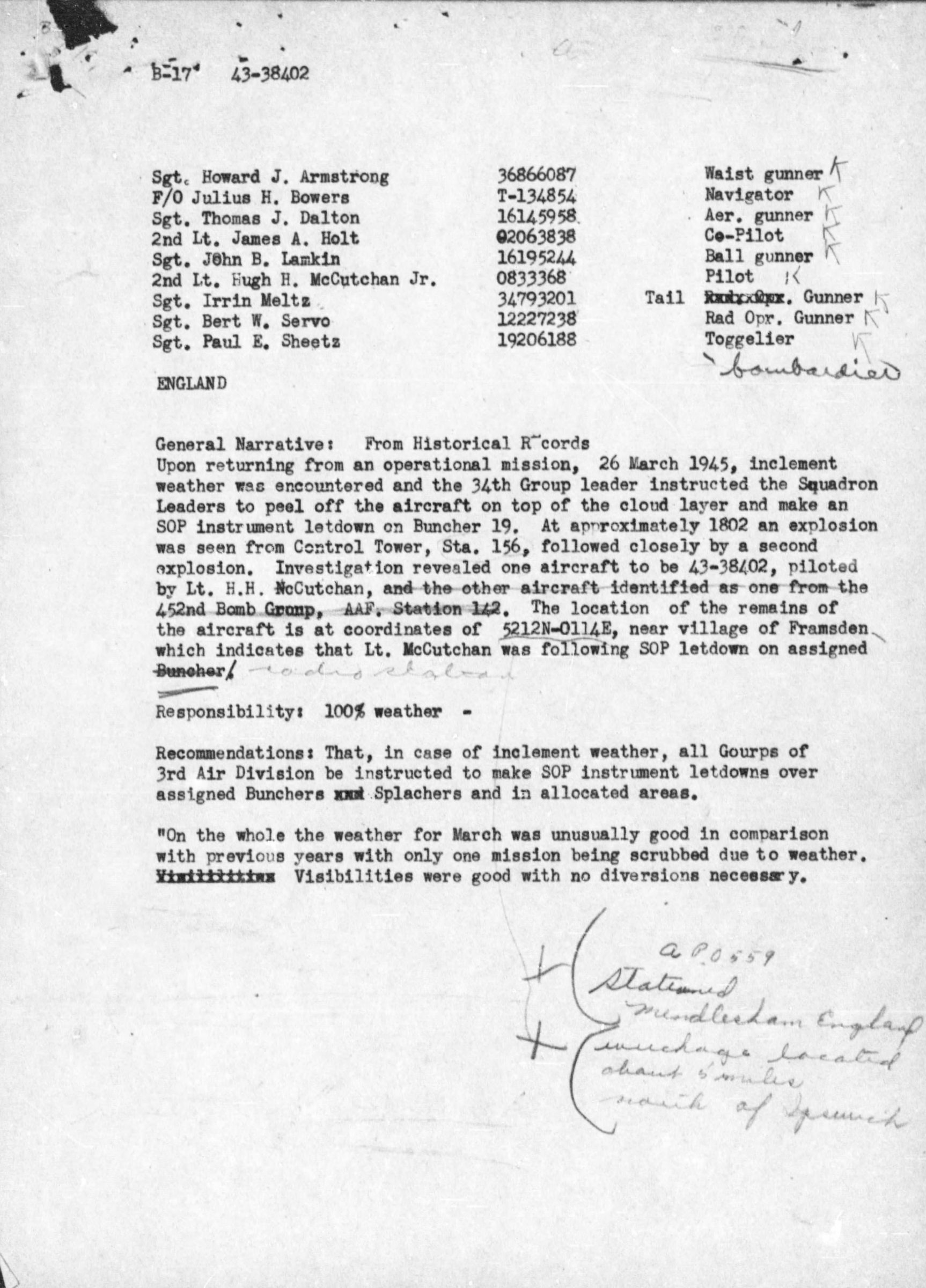 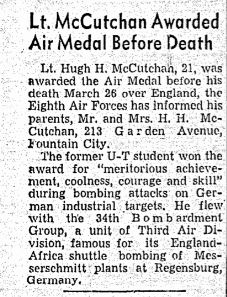 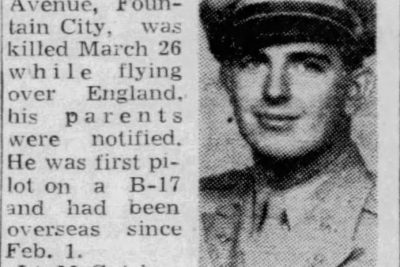