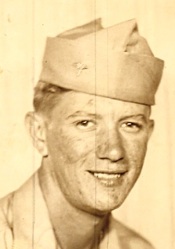 Hugh Henry Brewer was born June 11, 1927 in Knoxville to Frank and Thenia Randles Brewer. He grew up in the Thorngrove community of East Knoxville and attended school through the eighth grade. He had several siblings including brothers, James B. Brewer, Corporal Ruben Brewer; sisters, Mrs. Imogene Finley and Mrs. Kathleen Dowd; half-brothers, Joseph and Charlie Brewer. He was the nephew of Knoxville Sheriff, J. Wesley Brewer, founder of Brewer Funeral Home. Hugh H. Brewer was never married.

Private Brewer entered the United States Army in the final days of World War II. He enlisted March 28, 1946 at Fort Oglethorpe, Georgia under the terms of enlisting for the Panama Canal Department. He was discharged nine months later after a non-combat tour and returned to Knoxville were he began working as a carpenter.

Private Brewer reenlisted in the US Army on April 7, 1952 and was a member of the 179th Infantry Regiment, 45th Infantry Division. He was killed in action while fighting the enemy in North Korea on June 16, 1952. Private Brewer was repatriated back to his home town and funeral services were held August 16, 1952 at Brewer Funeral Home. He was laid to rest following the service at Thorngrove Cemetery in East Knoxville.

The Knoxville Journal, June 25, 1952
News of the death in Korea of Pvt. Hugh Henry Brewer, 25, Knoxville, less than three months after he re-enlsited for duty was received here Monday. Brewer re-enlisted April 7 and his stepmother, Mrs. Eva Brewer, Fountain City, was notified he had been killed in action June 16. A brother, James, 2314 Magnolia Avenue, a Knoxville Journal district manager with whom Brewer made his home before returning to service, said that Hug in his last letter said he was within 600 yards of the front and that a . 45 automatic was his only weapon. Drafted in World War II, Brewer was discharged in 1946 and had worked as a Carpenter in Fountain City until he decided to re-enlist. He had no combat service during his previous duty and on a 10-day leave before being sent to Korea told members of his family he had been given no training at Fort Jackson. Another brother, Cpl. Reuben Brewer, also is in military service and stationed in California. Two sister, Mrs. Mack Finley, Knoxville, and Mrs. J.T. Dowd, Bristol, and two halfbrothers, Joseph and Charles Brewer, also survive. 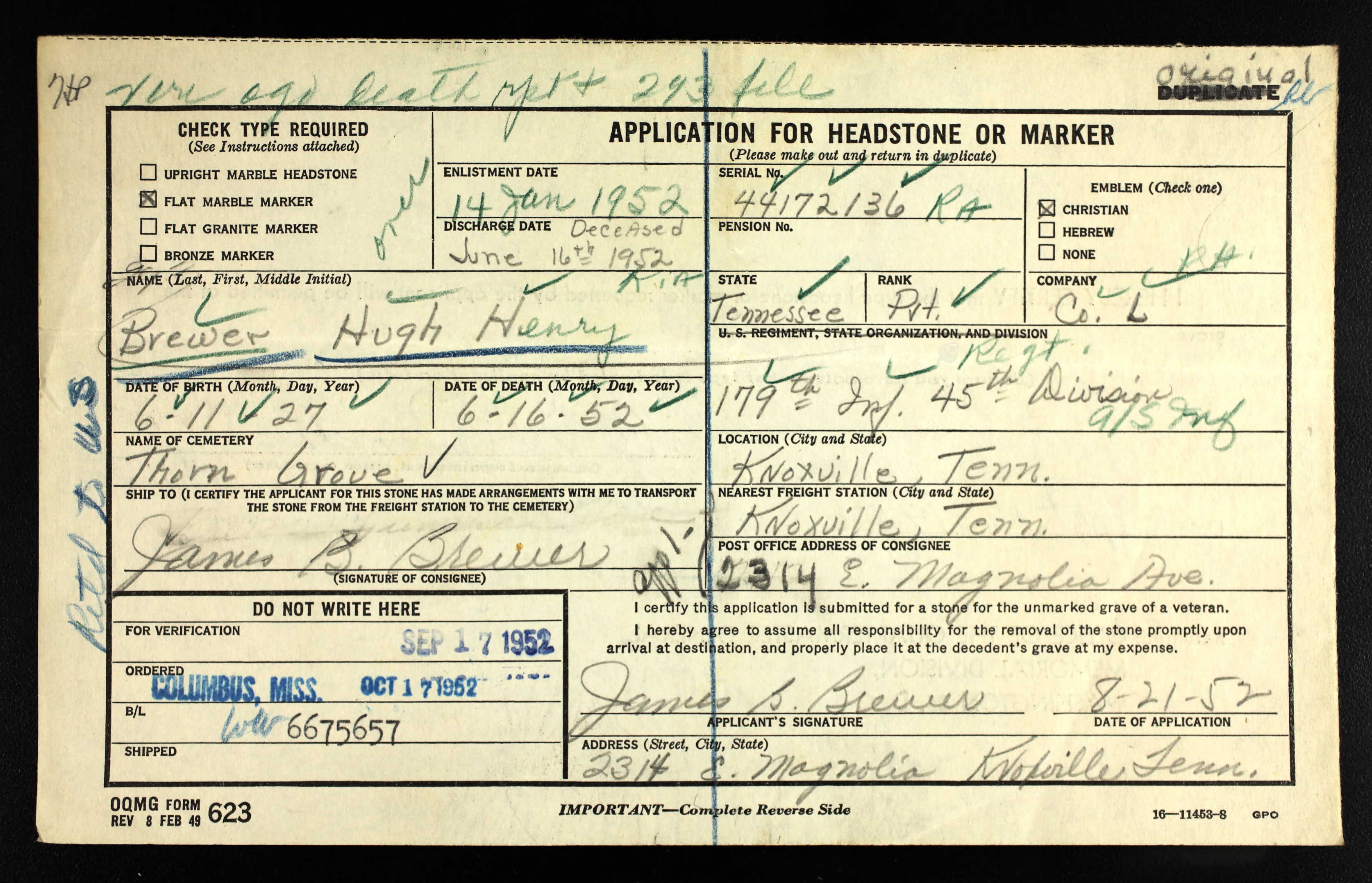 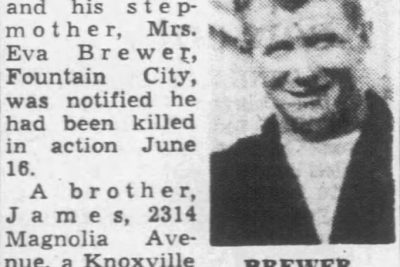