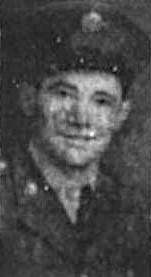 Sgt Turner was a Tanker man, killed on Luzon. He is buried at Millican Grove Cemetery, Sevier County, Tennessee.

The Knoxville Journal, March 4, 1945
Sgt. Hubert R. Turner, son of Mr. and Mrs. J.E. Turner of 2037 Jefferson Avenue, was killed in action Jan. 12 on Luzon Island in the Philippines, the War Department has notified his parents. Sergeant Turner fought in three invasions. He entered service in June, 1941, and had served 32 months overseas when killed. He was a graduate of Aspen High School and was a member of Millican Baptist Church. A brother, Ralph Turner, is serving with the United States Navy. In addition to his parents and brother, he is survived by sisters, Mrs. P.L. Gann, Mrs. Pauline McCowan, Mrs. Jewell Ramsey of Knoxville and another brother, Glenn Turner, of Sevierville.