The Kingsport Times, 10 May 1945
Hubert L. Wagner of Infantry Killed In Action
PFC Hubert L. Wagner, son of Mrs Ida Wagner of 2225 Edgewood Street, was killed in action in Germany April 25, his mother has been advised by the War Department.
Private Wagner entered the service February 2, 1944 and took his basic training at Camp Wolters, Texas. He went overseas in November 1944 and served with the infantry.
Prior to entering the service he was an employe of the Silk Mills Inc. of Bristol.
Besides his mother, Private Wagner is survived by two sisters, Miss Gladys Wagner and Miss Ruby Wagner, both of Kingsport and five brothers, Perry and Cecil Wagner of Kingsport, Melvin Wagner of Bristol, Clyde Wagner of Spindale N.C., and John Wagner of Virginia.

The Kingsport Times, 10 December 1948
Funeral services for Pfc. Hubert L. Wagner, son of Mrs. Ida B. Wagner, 2169 Steadman Street, are scheduled for Sunday at 1:30 p.m. in the Highland Park Church of Christ. Pfc. Wagner entered the service on February 2, 1944, and trained at Camp Walter, Tex. On November 20, 1944, he was shipped overseas. He saw service in France and Belgium and later moved into Germany, where he was killed. 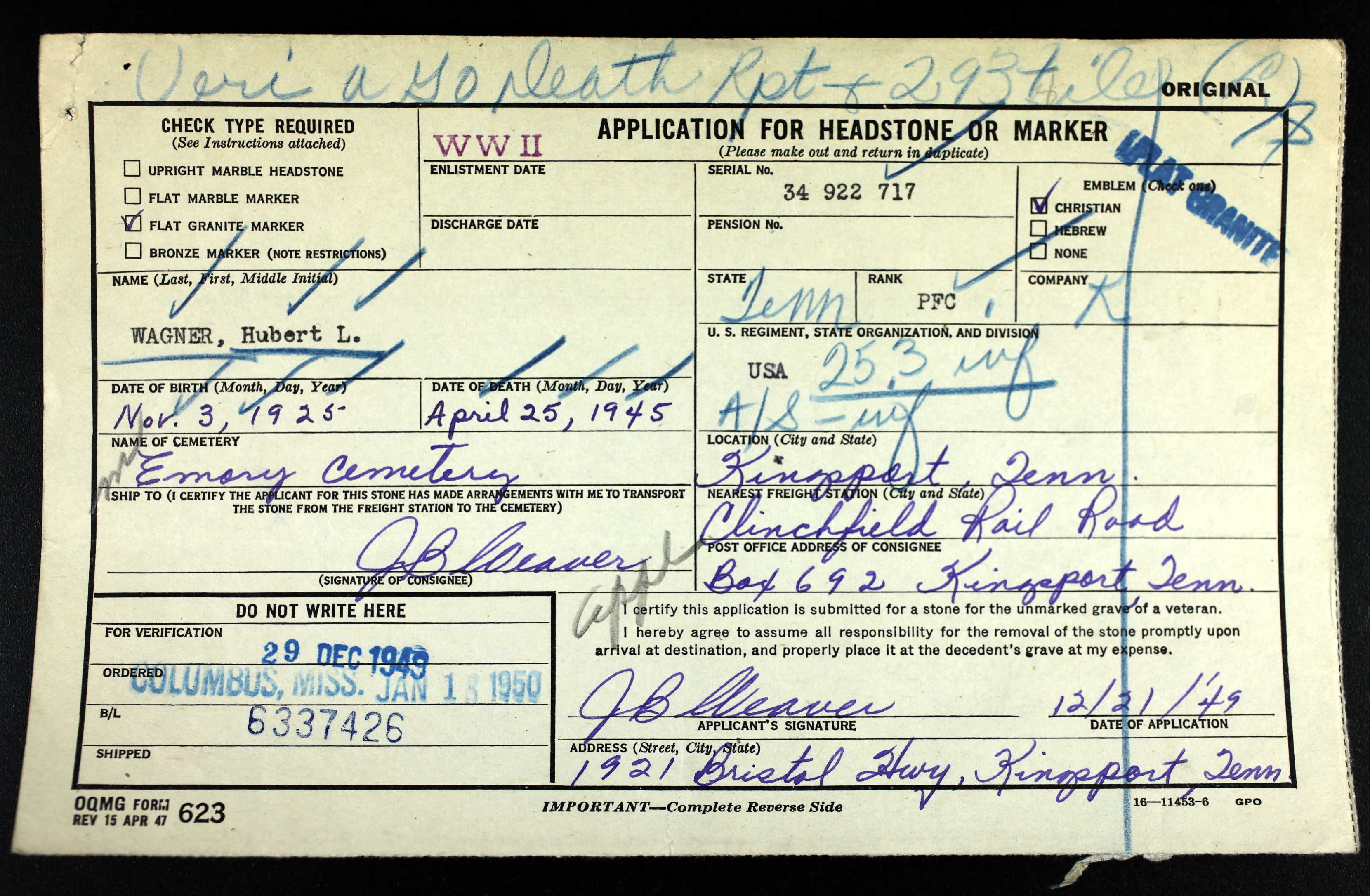 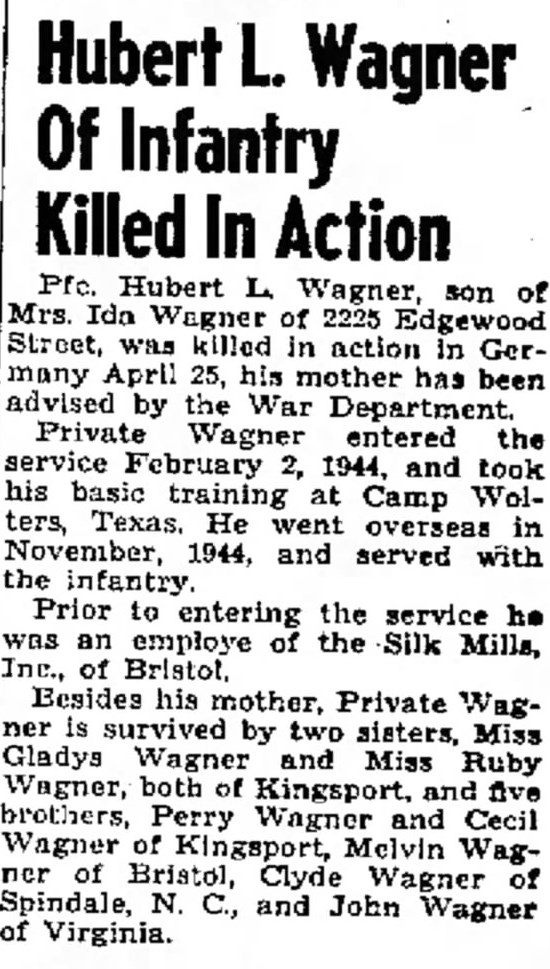 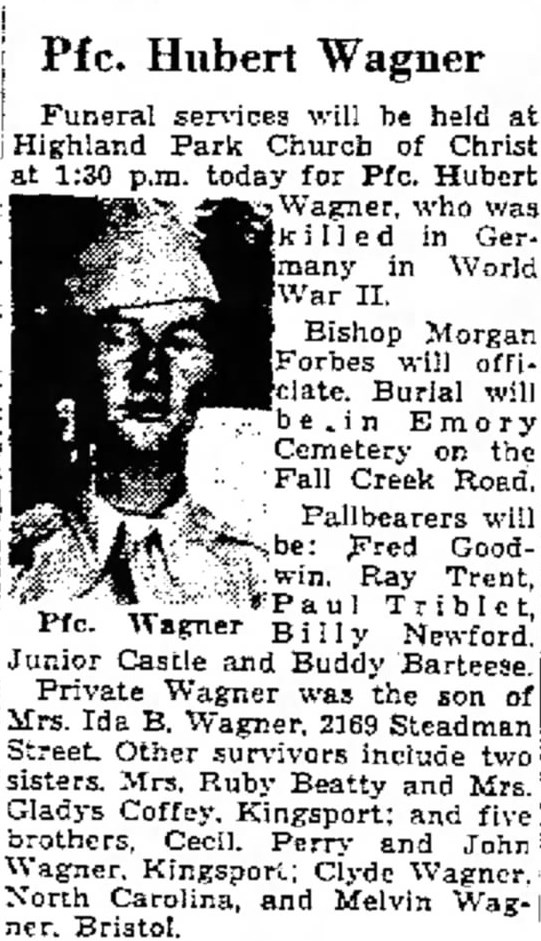