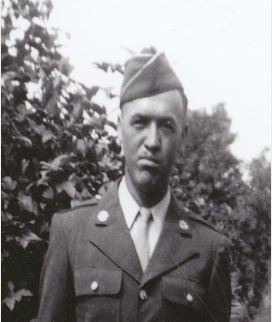 Hubert Lee Hughes was the son of J. Alvin Hughes and Bessie Davis.
Buried at Netherlands American Cemetery, Margraten, Netherlands, F, 19, 14. He is the brother of Carl Earl Hughes, also buried at Margraten, the Netherlands.

Rogersville Review, January 11, 1945
Pfc. Carl Earl Hughes, age 33, son of Mr. and Mrs. Alvin Hughes of Rt. 1, Rogersville, was killed in Italy on June 16, 1944. He was a member of a field artillery battalion and had seen action in North Africa going in when the invasion started. Following the African campaign he was sent to Italy, entering that country at Salerno, where General Mark Clark established the first foothold in that county. He spent the winter of 1943-1944 at Cassino scene of much bitter fighting. He was in his seventh major battle when he received fatal wounds north of Rome. He had been in service since April 5, 1941, taking training at Fort Bragg, N.C. and camp Blanding, Florida.
Pfc. Hubert L. Hughes, age 30, son of Mr. and Mrs. Alvin Hughes and husband of Mrs. Graham Price Hughes was killed in action in Germany on Nov. 17th, 1944. Besides his parents and wife, he is survived by one daughter, Phyllis, age two years. He entered service on March 9, 1944 and eight months later was a war casualty. He took his 17 weeks of basic training at Fort McClellan and left for overseas in August. He served in the Ninth Army as an infantryman. In civilian life he was employed by the Mason and Dixon Lines in Kingsport.
These two boys gave their lives for their country, the biggest sacrifice it is possible to make. Mr. and Mrs. Hughes are among the very few parents who have lost two sons in the war. Another son, James Alvin Jr. Works on his father’s farm. Ther are five months and one day’s difference in the dath of these two Young men. 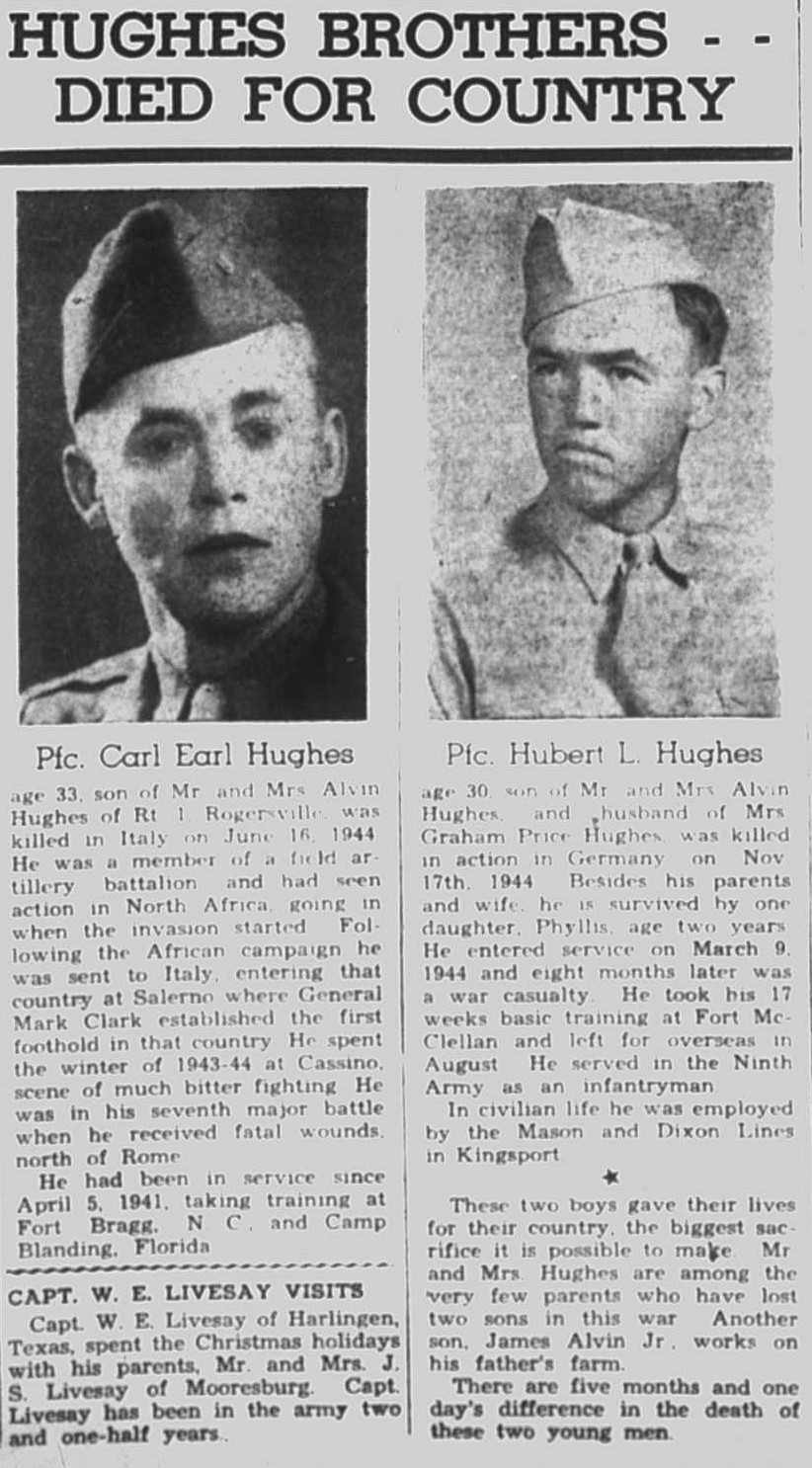 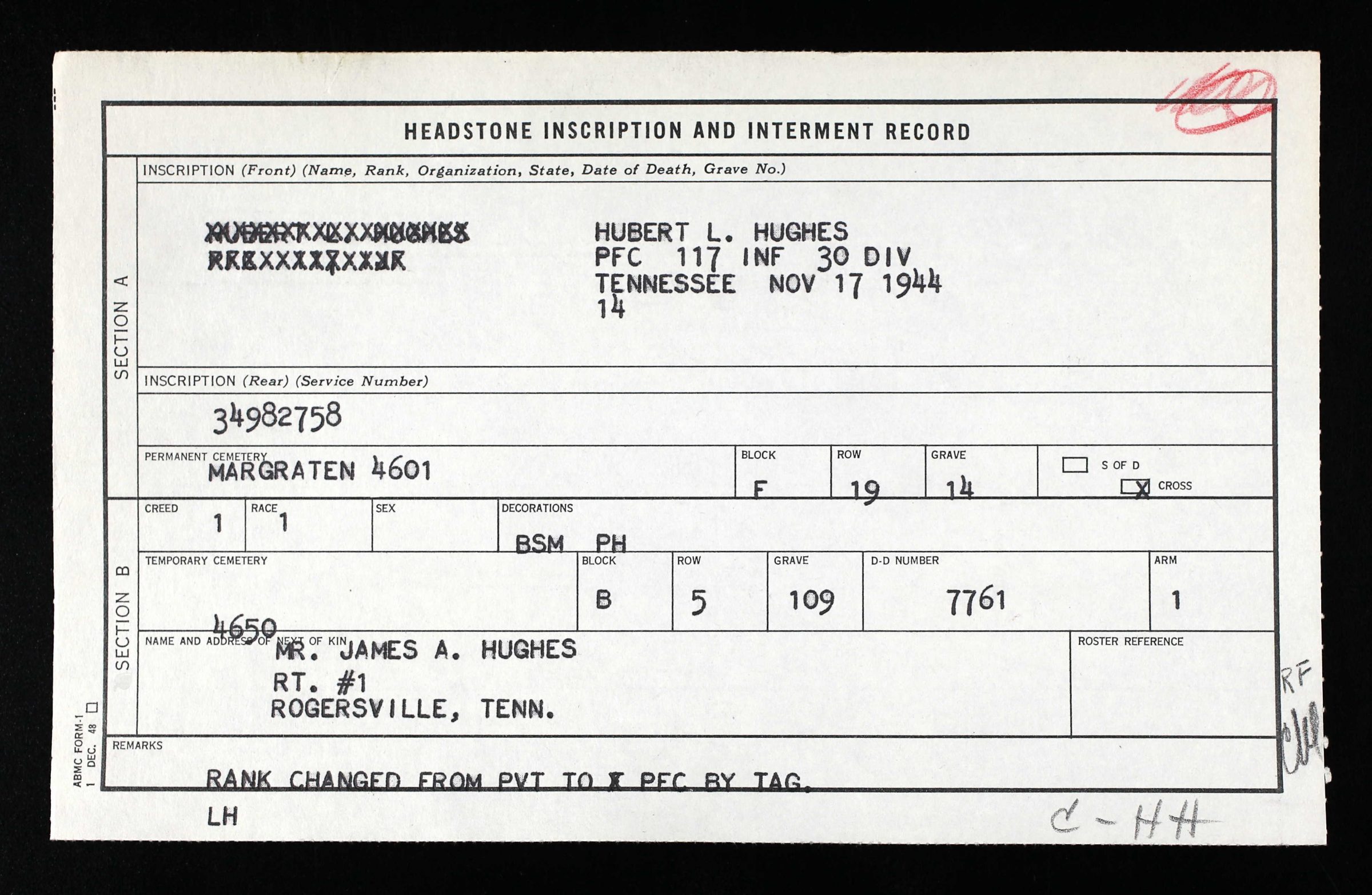 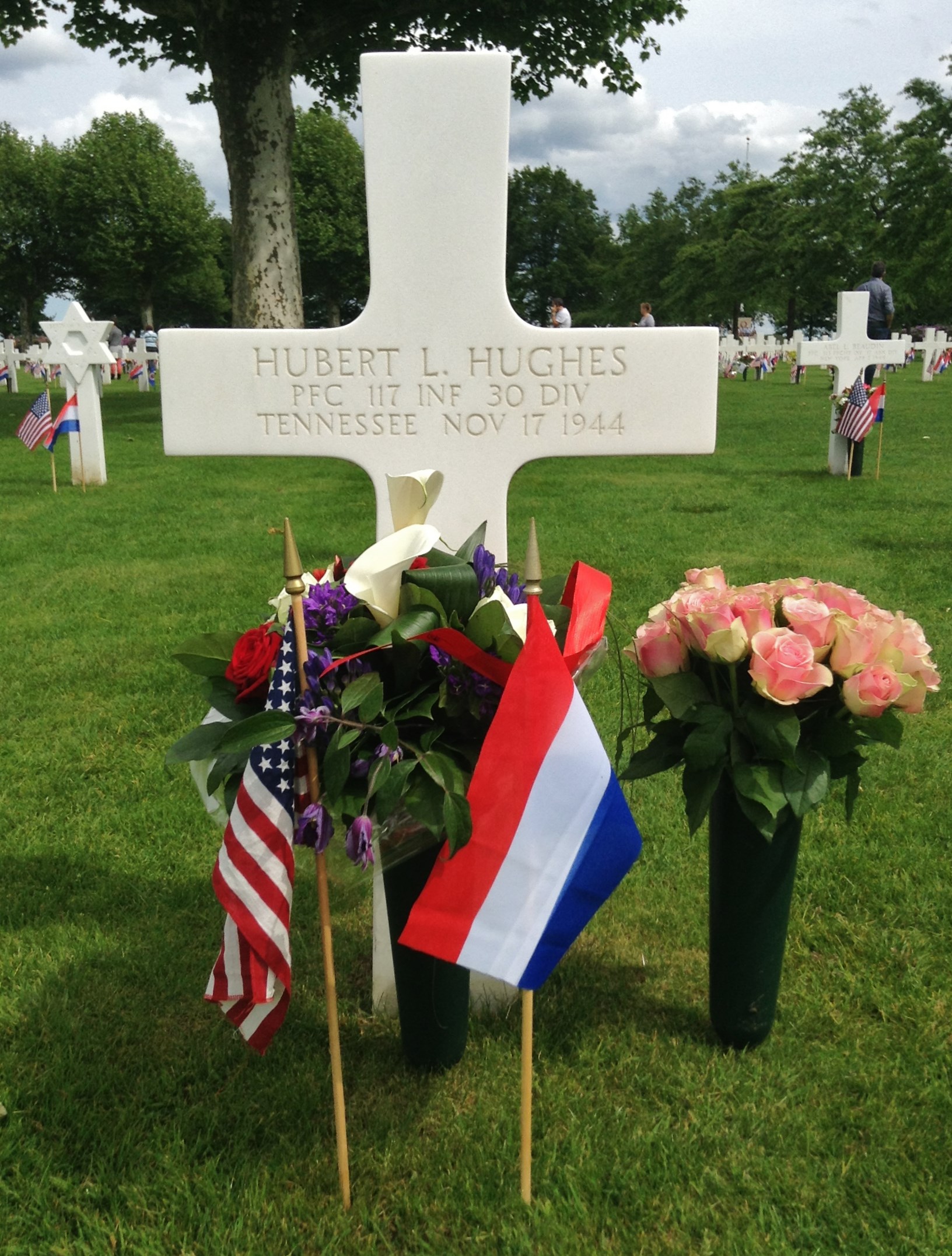 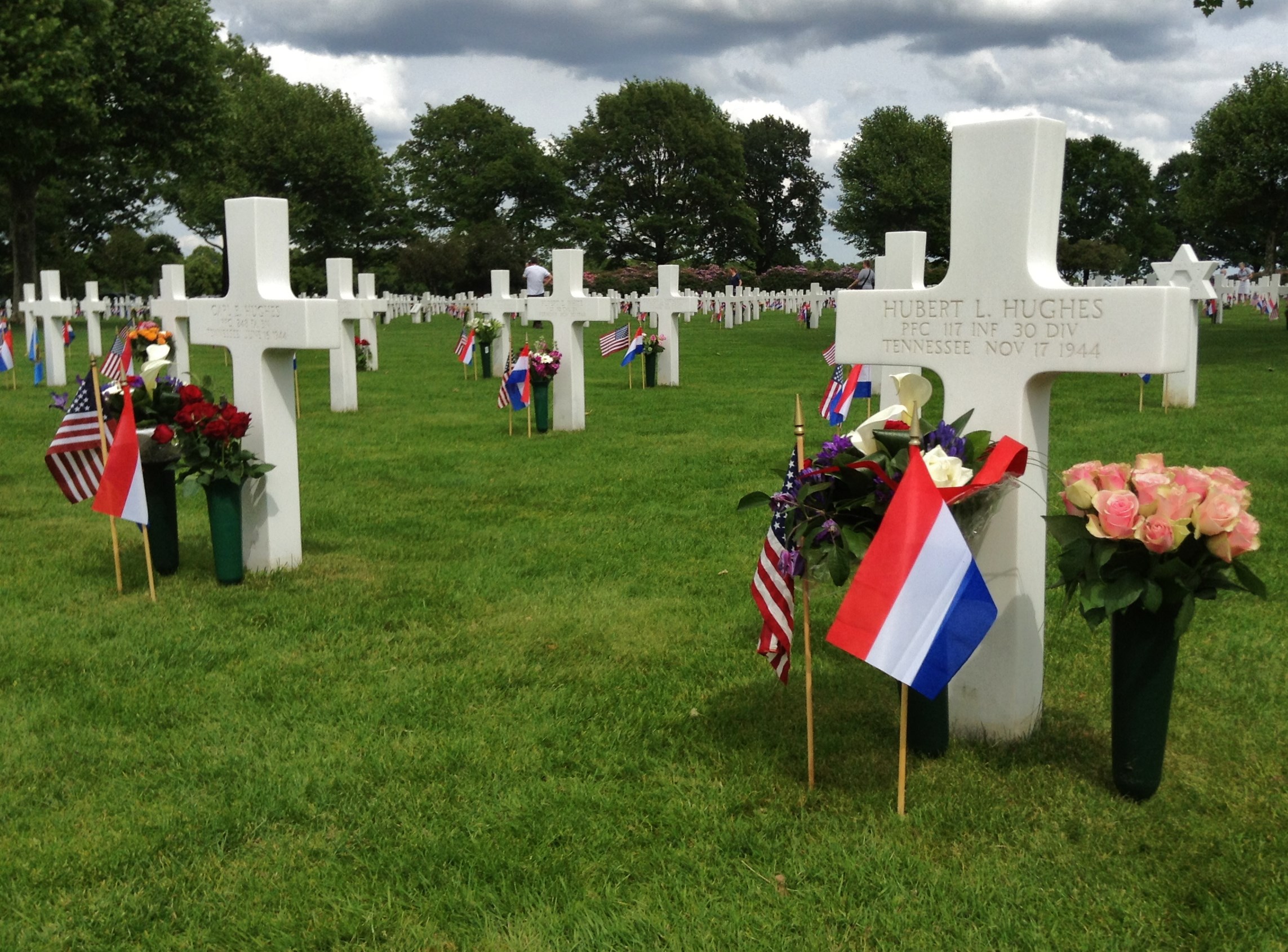