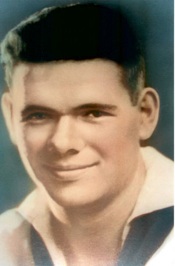 Hubert Denzil Thornburg was born March 22, 1919, in Greene County to Mary Kate Carico Thornburg and Fred Luther Thornburg. He entered the service when he was 17 years of age. While he was serving on the USS “Pope” (see information below), the Japanese bombed Pearl Harbor. The Japanese picked him up at sea, and he was put in prison camp (Java POW Camps D.X.Y. (Batavia) Java 6-107 ). In prison camp for three years and three months, he died there from starvation and dysentery January 30, 1945. His body was returned to Greeneville, TN, in 1949 and buried at Bethesda C.P. Church Cemetery in northern Greene County. He was never married.
–Submitted by brother, Howard Clyde Thornburg

The USS Pope DD-225 was based at Manila Bay, Philippines, on 7 December 1941. She left the Philippines for the East Indies and joined the American, British, Dutch, and Australian Fleet ABDA. Following the Battle of Java Sea against a superior force, the Pope was assigned to escort, along with HMS Encounter DD, the damaged heavy cruiser HMS Exeter to safety. At 07h30 1 March 1942 they encountered a Japanese force of two heavy cruisers and a three destroyers The Allied force began a running battle to safety. It is believed the Pope sank the Japanese heavy cruiser Ashigara with torpedoes during this action. Exter and Encounter were sunk shortly after 11h40. The Pope continued to fight on. At 12h30 the Pope came under attack by 12 aircraft and was severely damaged. The ship was scuttled and as she was sinking, was hit by cruiser gunfire which expedited the sinking. The crew abandoned ship and was taken into captivity the next day. 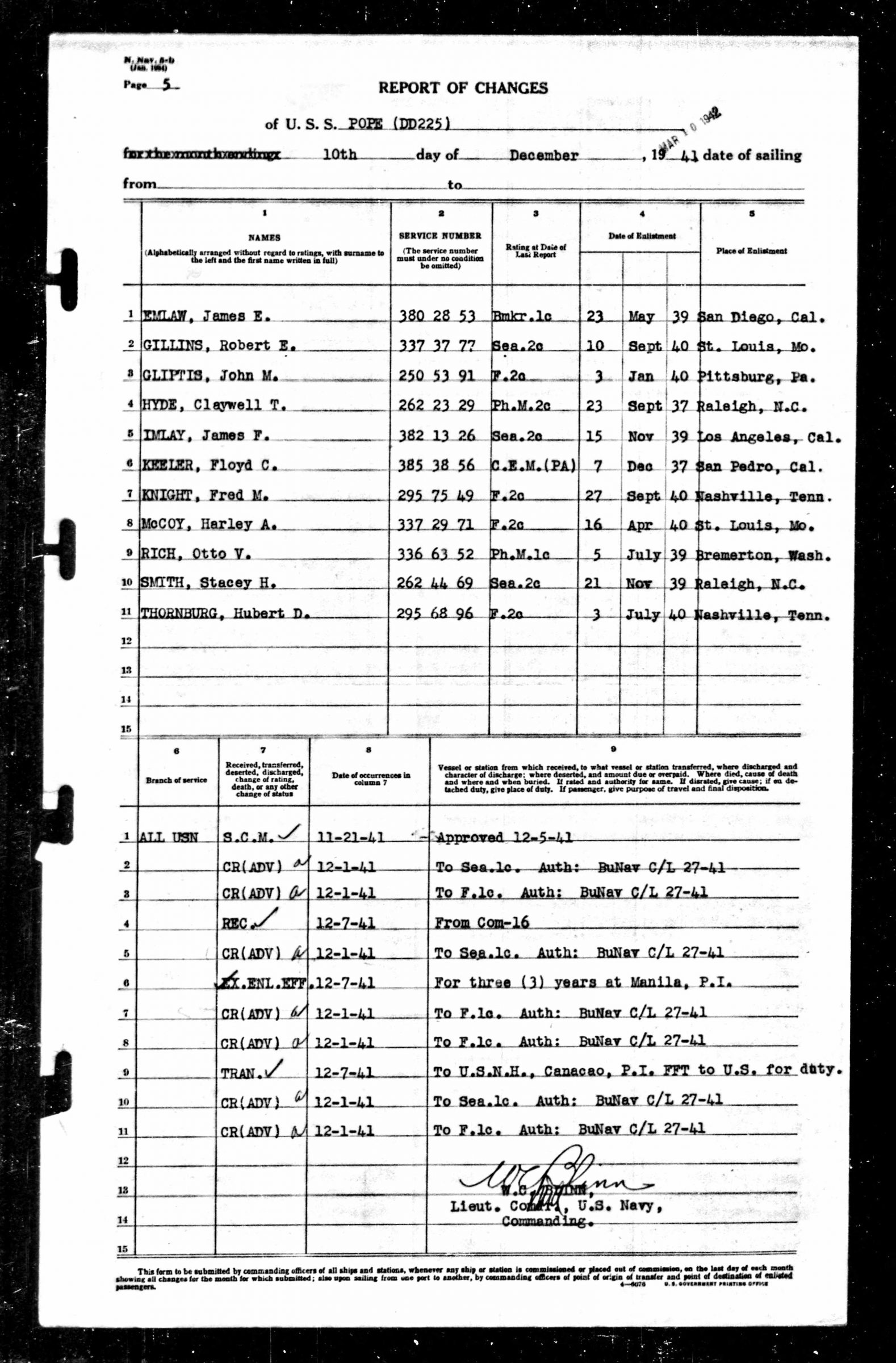 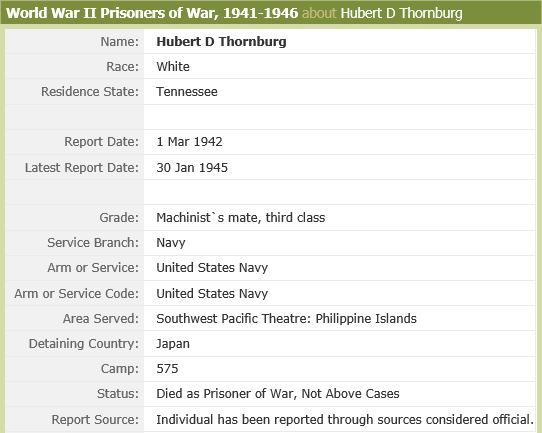 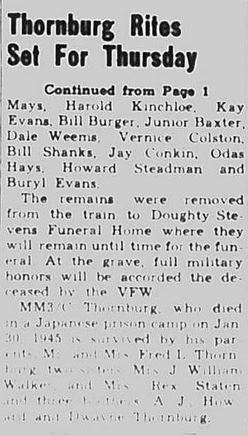