On 17 May 1945, Lt Harry J. Cole and crew (on Aircraft B-17G with serial number 44-8683) were cleared from AAF Station 136 for a thousand-mile navigtational flight to Newcastle, Lands’ End, to Base. This flight was in connection with redeployment training and was one of six flights over this same route. The aircraft crashed into the side of a hill two miles NE of Kettlewell, Yorkshire. Residents of the village heard the airplane pass over but none saw or heard the crash. The tops of the surrounding hills, including the one on which the A/C crashed, were covered by mist. The wreckage of the A/C was discovered late in the day by a shepherd who notified the police and led them to the accident. The nature of the terrain and the failing light precluded little more than a superficial examination and the party descended the slope, returning the following morning with the necessary equipment for recovering the bodies of the five airmen. Personnel from RCAF  Station Dishforth, including medical, engineering and photographic personnel, accompanied the police in this second trip. Investigation at the scene of the accident disclosed that the aircraft had flown into the crest of the hill in normal flight attitude with power on, the left wing striking the ground first as the line of flight was not quite parallel to the slope of the hill. The aircraft was almost completely burned and any salvage action would be virtually impossible because of the rugged terrain.
It is believed that the pilot, on the second leg of the flight, i.e., from Newcastle to Lands’ End, observed poor weather along the route and made a left turn to return to base, rather than complete the flight. No evidence could be found as to the failure of navigational equipment and it is presumed that it was operating satisfactorily, since the aircraft was on course. 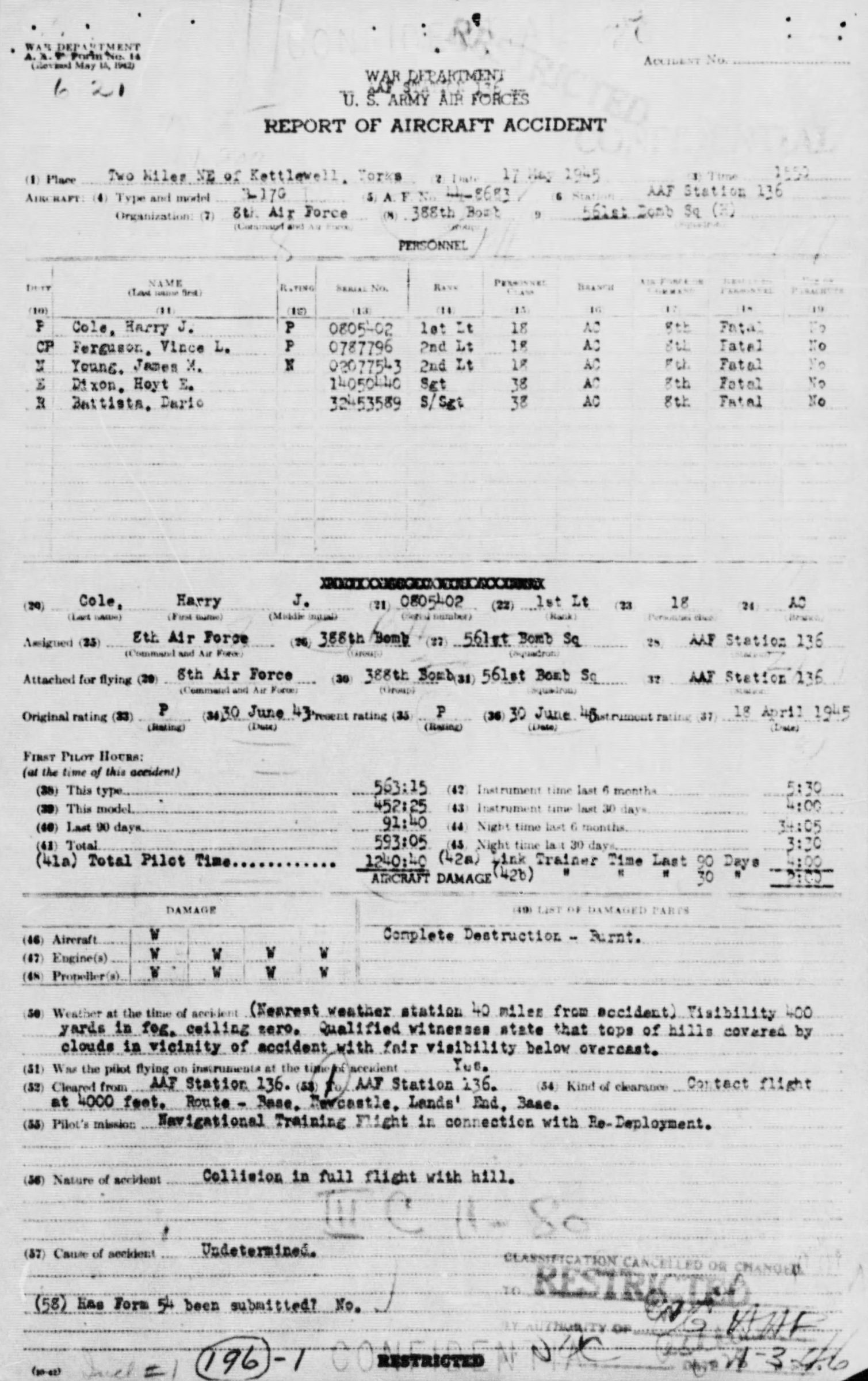 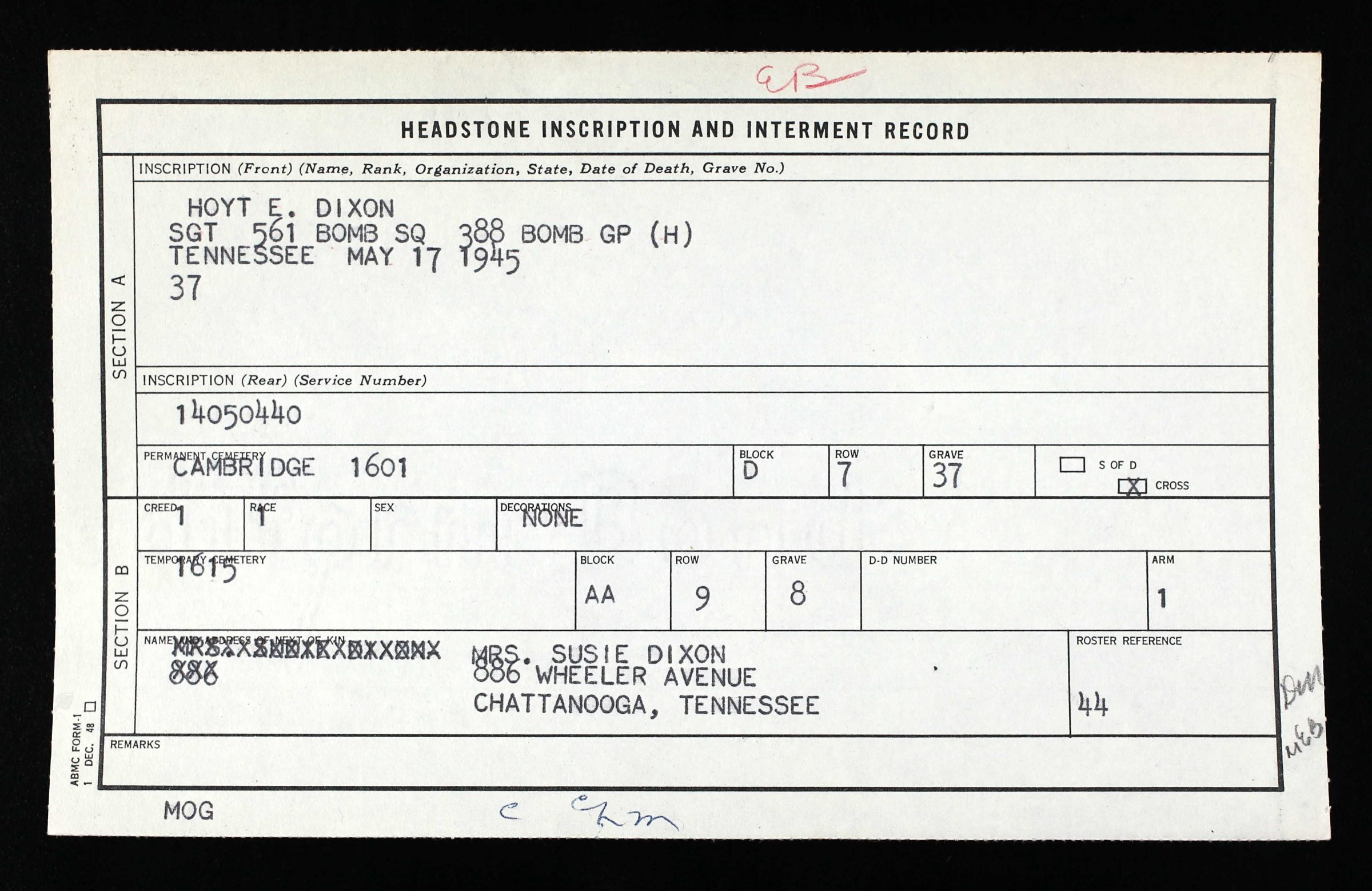 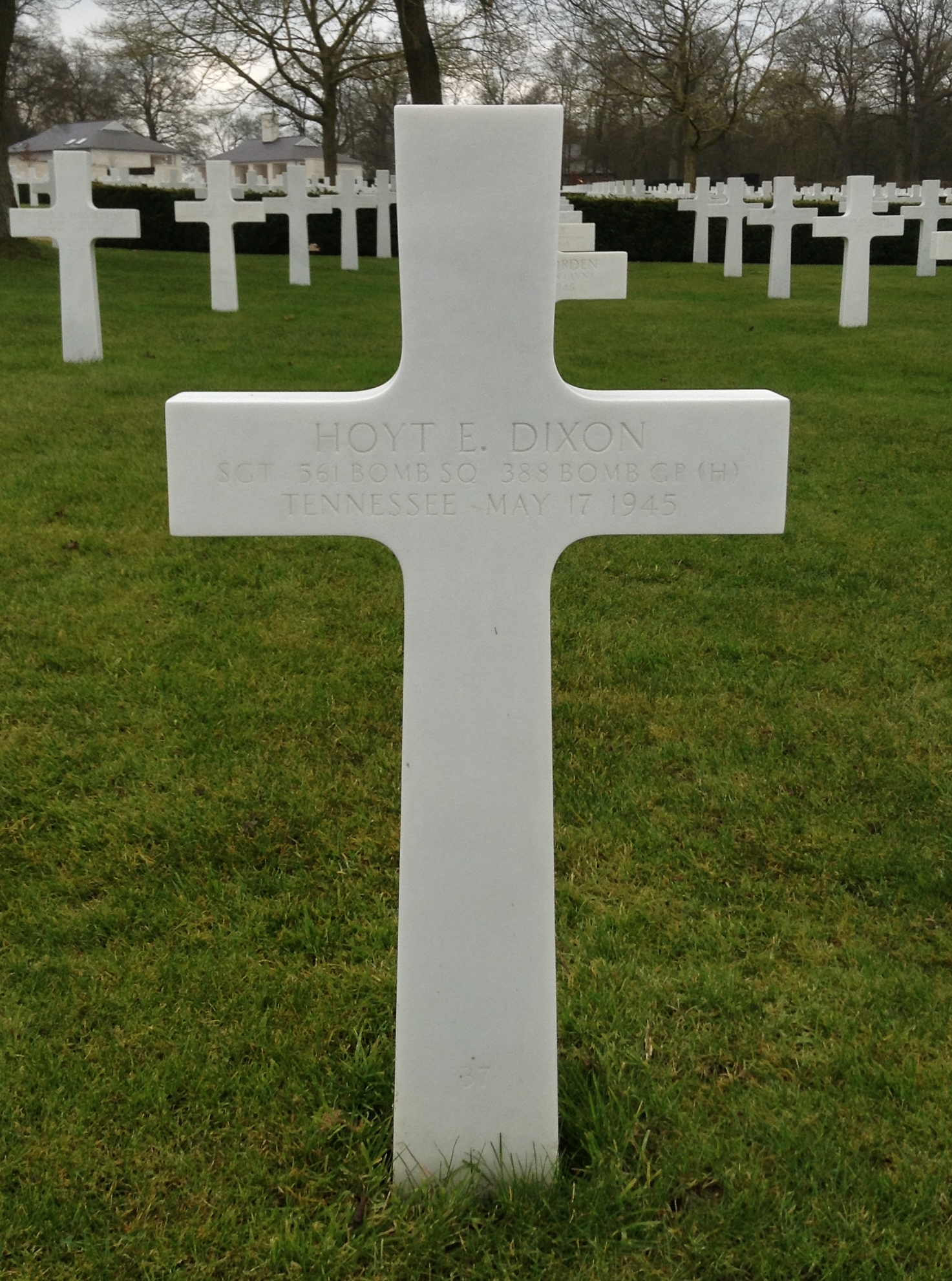