Pvt Tipton served at Camp Wolters. He was submitted at the station Hospital at Fort Sam Houston in Texas on 26 February 1942 and died on June 17 of lymphosarcoma at the age of 26.

The Knoxville Journal, June 21, 1942
Funeral for Pvt. Howard W. Tipton, 26, of 320 Orange Avenue, who died Wednesday night at Fr. Sam Houston, Texas, will be held at Westview Baptist Church. Burial will be in New Gray Cemetery, soldiers will be pallbearers. Weaver’s in charge. The body will arrive in this city at 3 p.m. today over the Southern Railway. It wil be removed to the home of his parents, Mr. and Mrs. J.H. Tipton, 320 Orange Avenue. Private Tipton formerly was an employe of Dempster Brothers.
Other survivors are his widow, Mrs. Cynthia Tipton; a son, Kenneth Tipton; one daughter, Barbara Tipton; three brothers, Fred and James Tipton of Knoxville and Edward Tipton of New York; three sisters, Mrs. Helen Riding of Powell Station, Mrs. Chick of New York and Mrs. Mildred Allison of Knoxville. The Young man was at the USA training camp at Fort Sam Houston when death came. 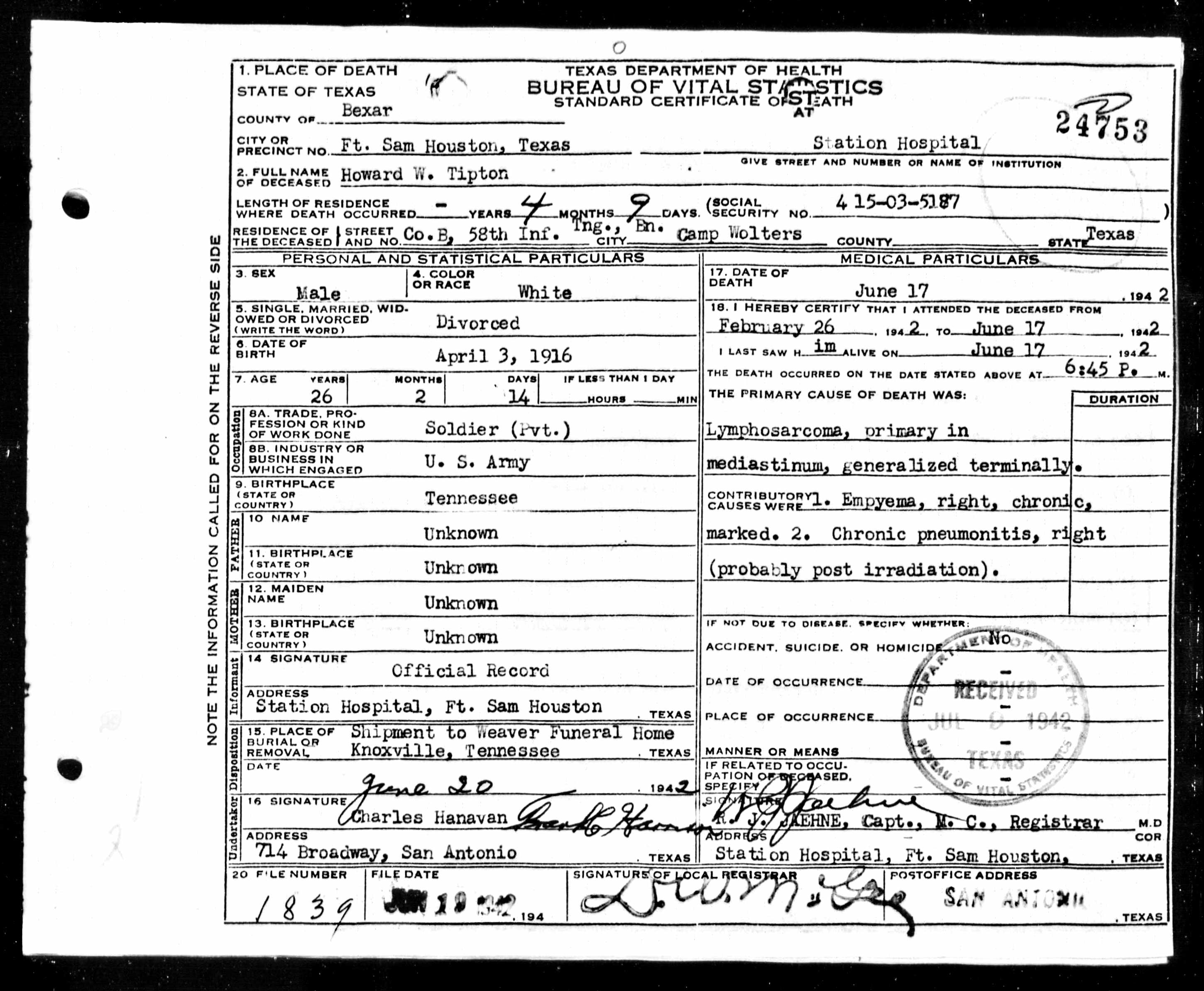