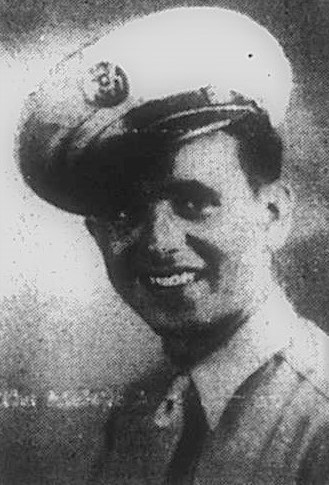 Scott County news, October 26, 1945
We quote a letter received from Lt. Wm. G. Parker by Mr. and Mrs. Walter Morris concerning the death of their son, T5 Howard P. (Chig) Morris, who died in Borneo on September 6, following burns received in an explosion of his ship. Howard was 22 years of age and a graduate of Oneida High School. The letter follows:
Dear Mr. and Mrs. Morris:
It is my sad duty to inform you that the bright brief star that was your son, Howard, has plummeted to it’s final resting place. An explosion took place aboard the J-Boat on which Howard was engineer, on Sept. 4. He was fatally injured and passed away on September 6 at 12:15 a.m. His Good friend and shipmate Clifford Rice from Manisque, Mich. Incurred severe burns seeing him safely ashore after the explosion had rendered Howard unconsious. Howard was given six blood transfusions and had a nurse with him 24 hours a day, however all the skill that the army medical service could muster did not siffice to see him through safely, Howard was buried in the Allied cemetery, Labanon Island, Borneo. His fellow soldiers acted as pall bearers and Chaplain Whitley of the Australian 9th Division performed the final rites. I was privileged to know Howard well and was proud to count him as my friend. His happy personality and ready wit endeared him to all. He was a splended soldier and upheld the finest traditions of the service. The entire company sympathizes with you on your great loss. I am well aware that there is little that I can say that will assuage your grief. This war has left its mark on nearly every home in the land. Your grief is our grief. Your loss is our loss. A debt of gratitude is owed to those who, like Howard, risked and died in the service of his country. It is a debt that cannot ever be repaid but it is the duty of all of us remaining to see that their sacrifice is not in vain. Offering you my heartfelt sympathy, I am.
Sincerely your friend, William G. Parker, 1st Lt. Commanding