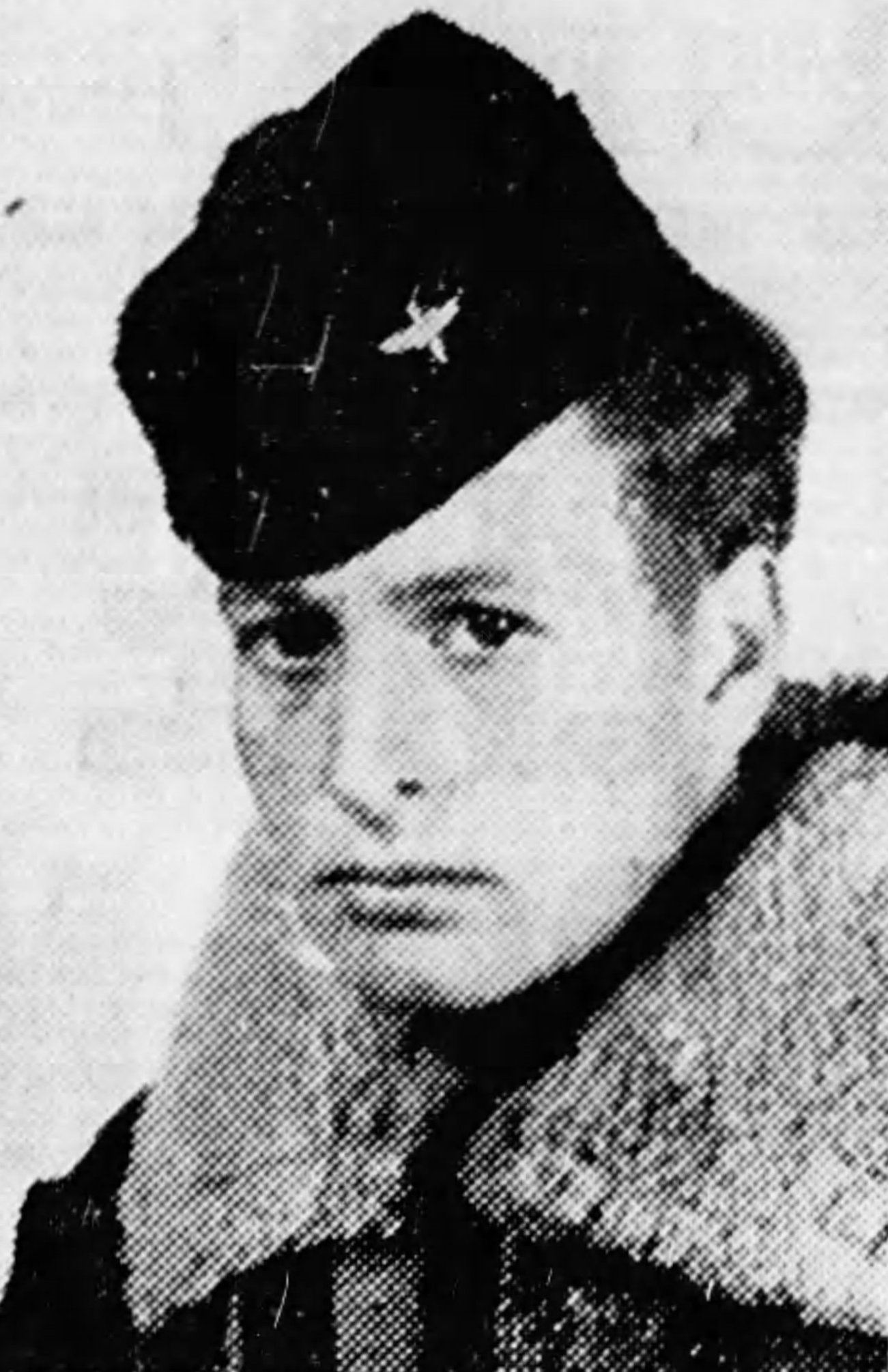 Aircraft B-17G with serial number 43-31383, nickname American Eagle, was on a bombing mission to aircraft factory in Ruhland, Germany. The aircraft and the rest of the Group was attacked by E/A and crashed at Eberswalde, Germany. 1st Lt. Selling was the only survivor.

Statement of 1st Lt. Harry Horatio Selling:
Flying on mission. Everything normal until flak area reached near Berlin. Group Commander took up evasive action and in so doing shuffled deck with another group. As I dropped under one ship enemy fighters attacked shooting tail off my ship. Ship went into climb and then stalled out going into a tight spin. When ship was hit, co-pilot left seat going down through catwalk. Fire broke out in cockpit. Las I saw of co-pilot he was standing in catwalk covering his face. I remember ship tumbling and imagined wings sheared off. I was knocked unconscious. When I regained consciousness everything was quiet. I found myself in the V of the windshield. I made an attempt ot go out the window but realized window was locked and noticed I was floating down in the wreckage of the pilot compartment. Having on a back-pack, I went out at about eight hundred feet. After parachute opened I was aware of pieces of wreckage falling around me. I was picked up about three hours later. I didn’t see any of the crew members of wreckage of the ship. 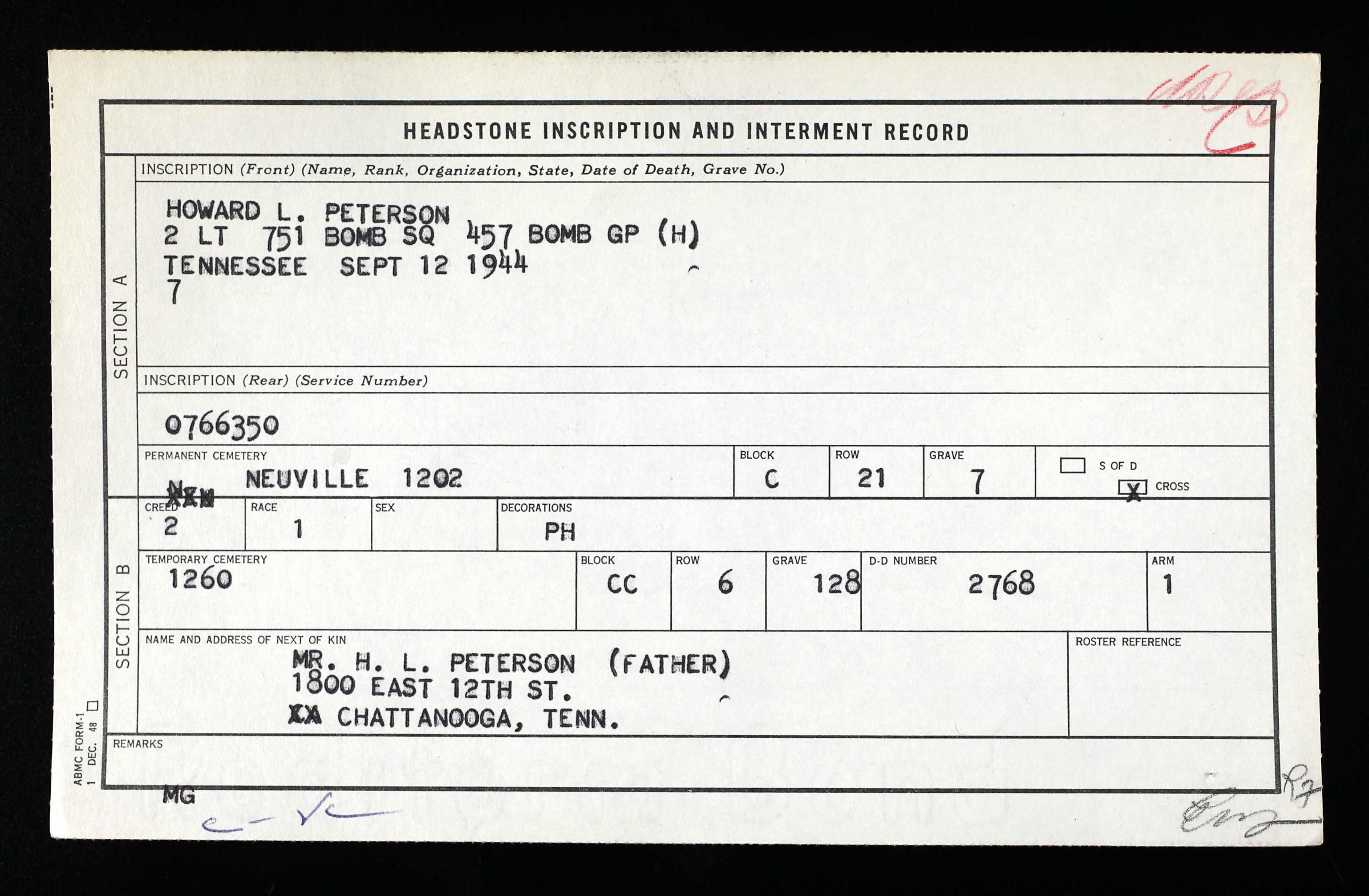 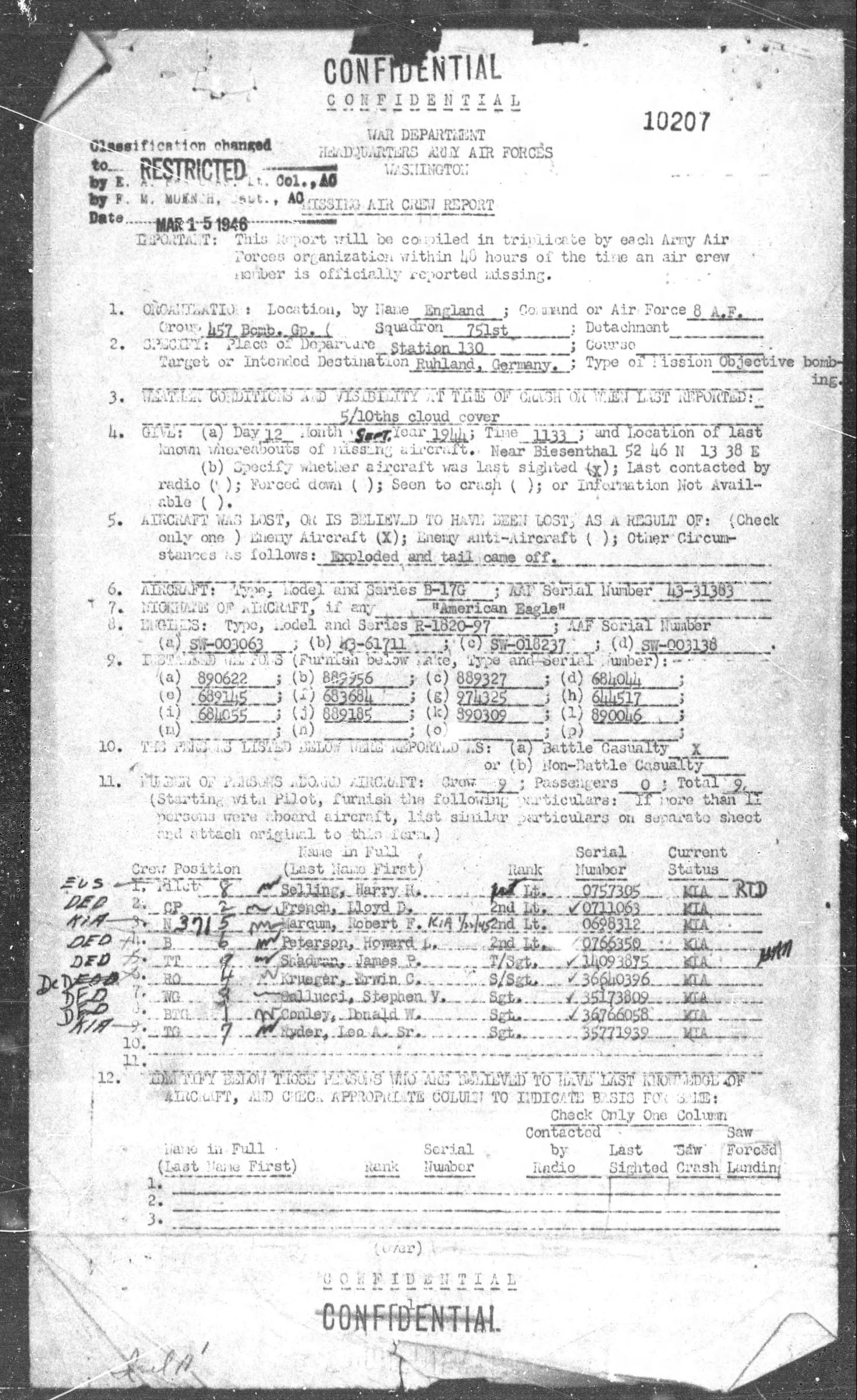