He enlisted in the military on October 14, 1942 in Fort Oglethorpe, Georgia. He served in the Pacific Theater with the 5307th Composite Unit (Provisional) (Merrill’s Marauders). He is memorialized at Manila American Cemetery in Fort Bonifacio, Manila, Philippines. 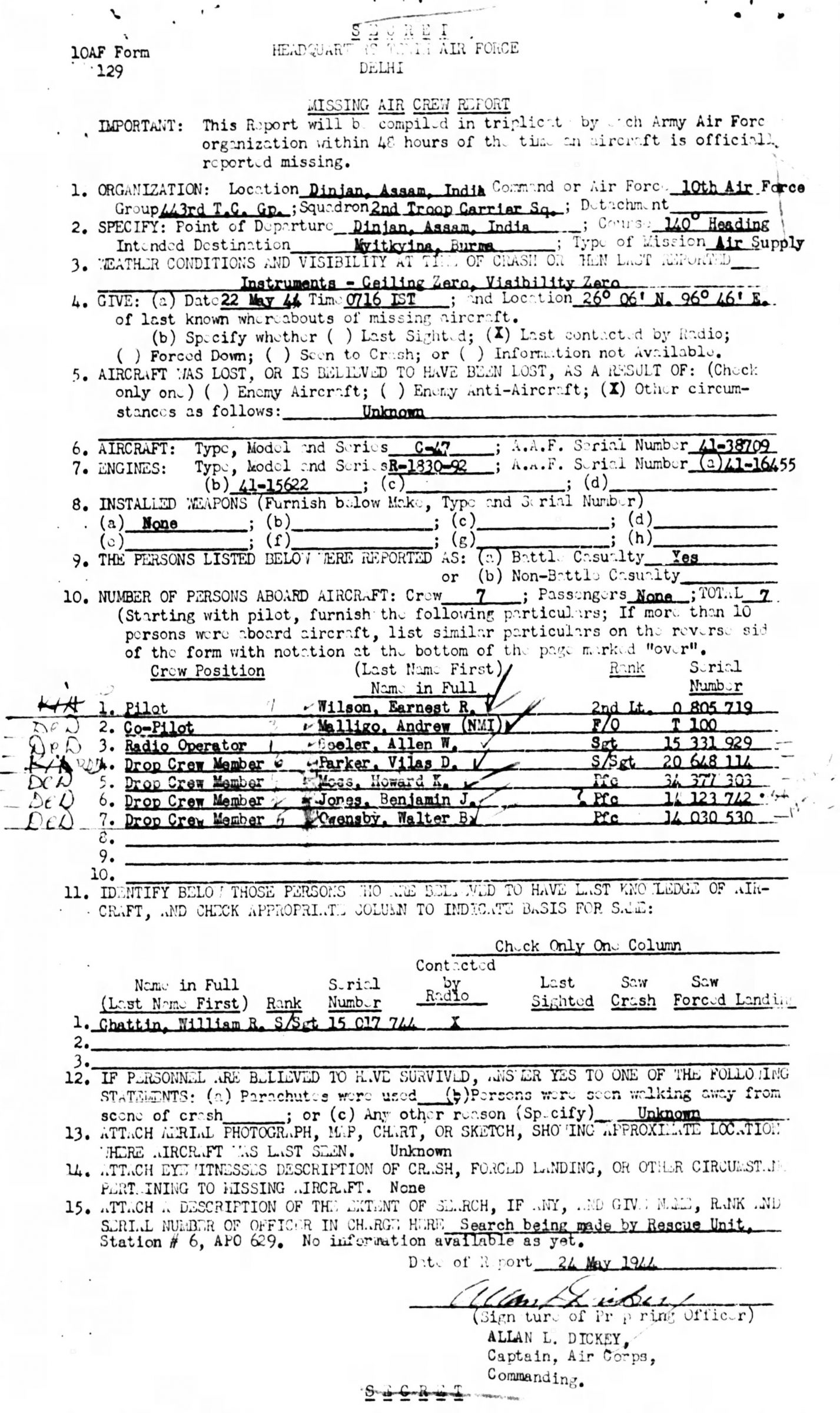