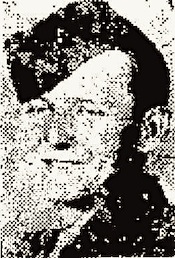 The Kingsport News, 13 March 1949
Funeral services for PFC Houston Chastain, U.S. Marines, who died June 10, 1945 of wounds received on Okinawa, will be held at Holly Springs Cemetery, Pickens, S.C.
Private Chastain, a former student of Dobyns-Bennett High school, had made his home here with an aunt, Mrs. A.L. Dean, 1765 Circle Drive for ten years prior to his entering the service in 1944. Following his basic training he was sent overseas in late 1944.
Private Chastain had been awarded the Purple Heart and the Asiatic Pacific Medal. 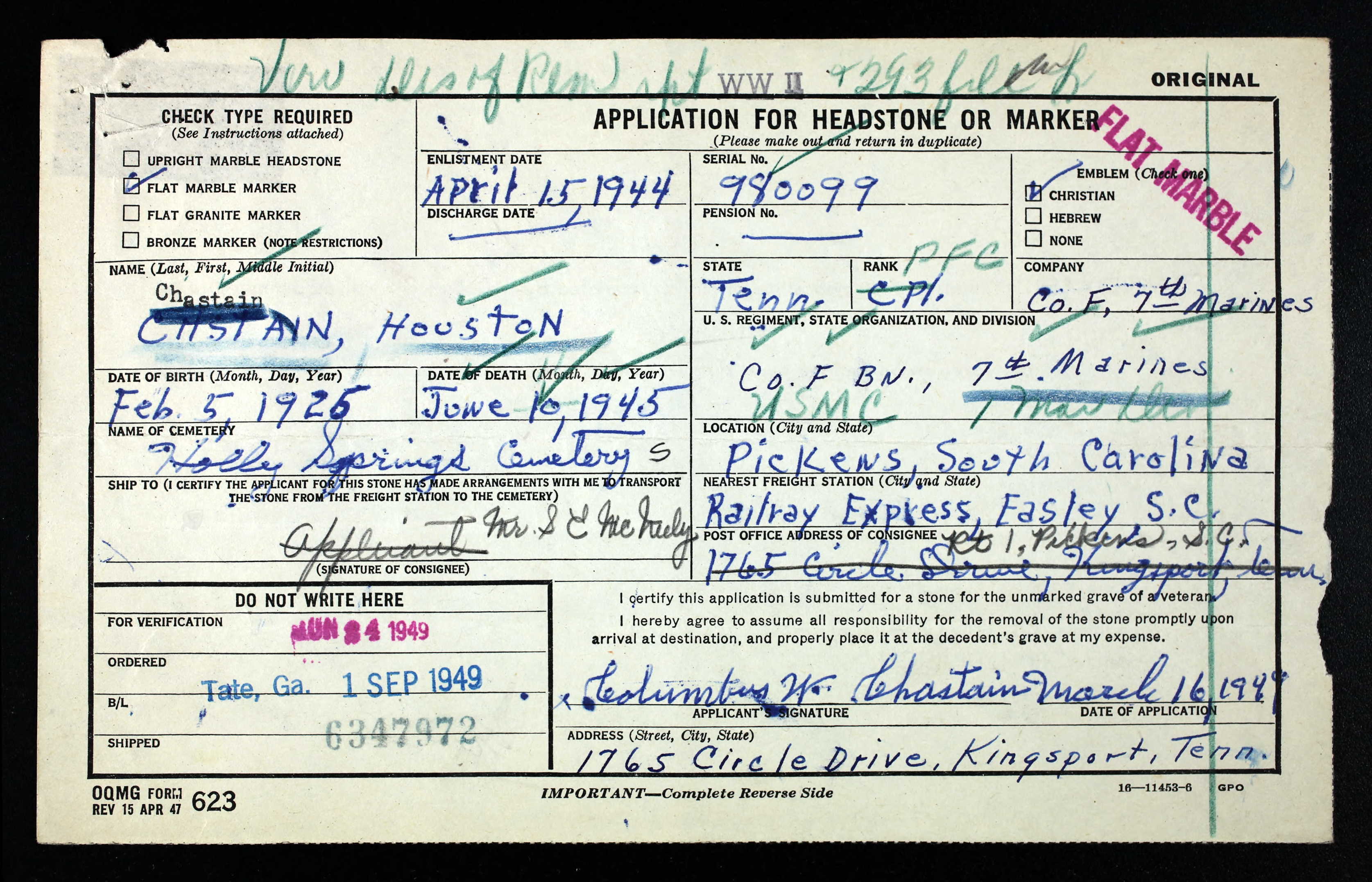