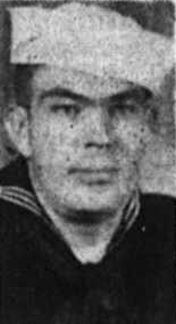 Horace James Long served on the U.S.S. LCI (G) 466. On 17 February 1945 he was a passenger on board the U.S.S. Tennessee (BB43) and received medical treatment. He died on 18 February 1945 as a result of wounds received in action on enemy held beach at Iwo Jima in the Volcano Islands and was buried at sea.

Memorialized at the Honolulu, HI Memorial

The Knoxville Journal, March 5, 1945
Horace James Long, 23, of the Navy, was killed in action in the Pacific area, Feb. 22, according to word received by his parents, Mr. and Mrs. C.L. Long of Bean Station. He was buried at sea.
Seaman Long received his boot training at San Diego, Calif., and had been overseas since March 29, 1944. He saw action at Pearl Harbor, teh Philippines, Guadalcanal and Guam.
A brother, Cpl. Roy L. Long, was recently home on furlough from Dyersburg, where he had been stationed for 18 months. 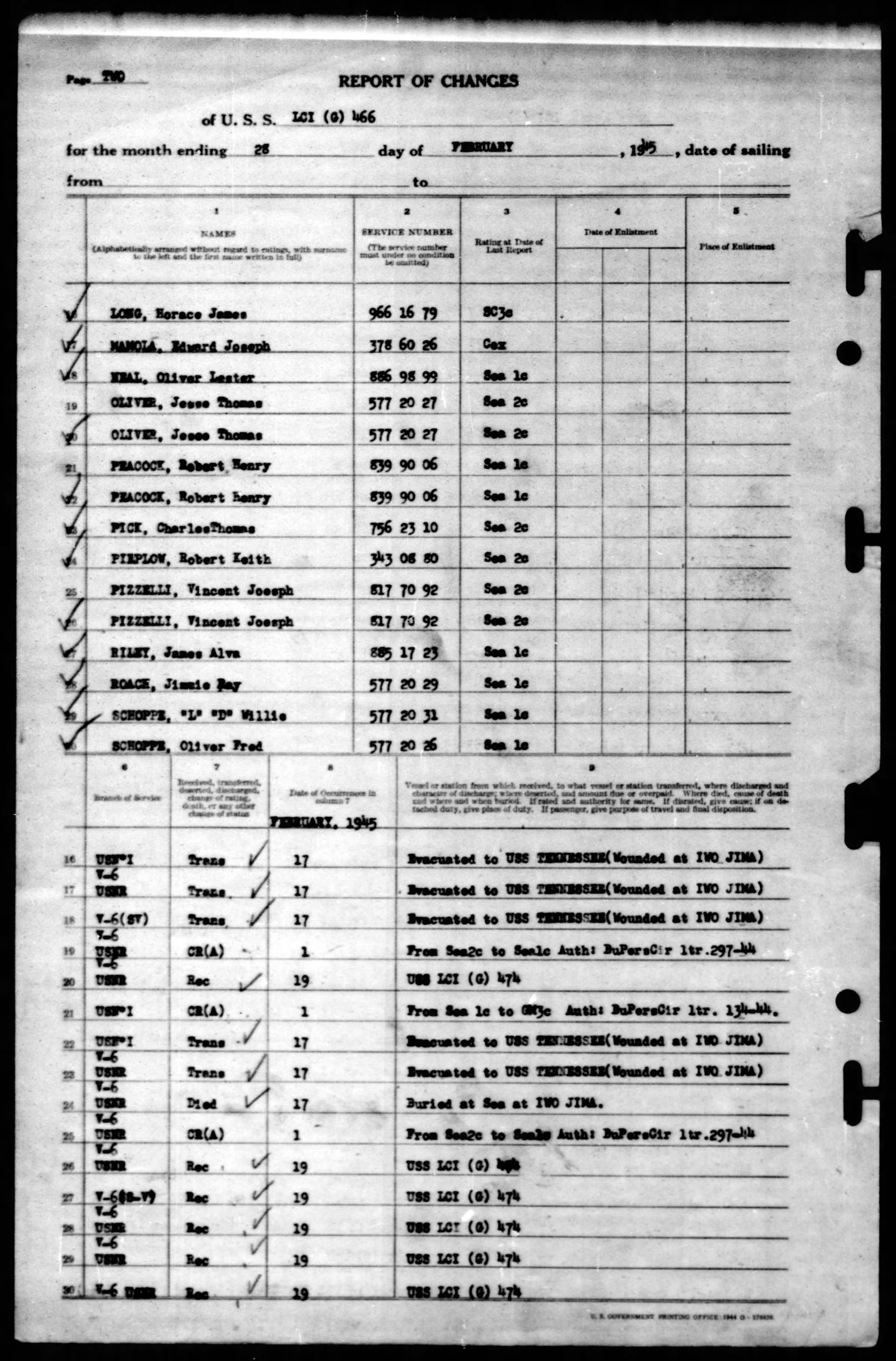 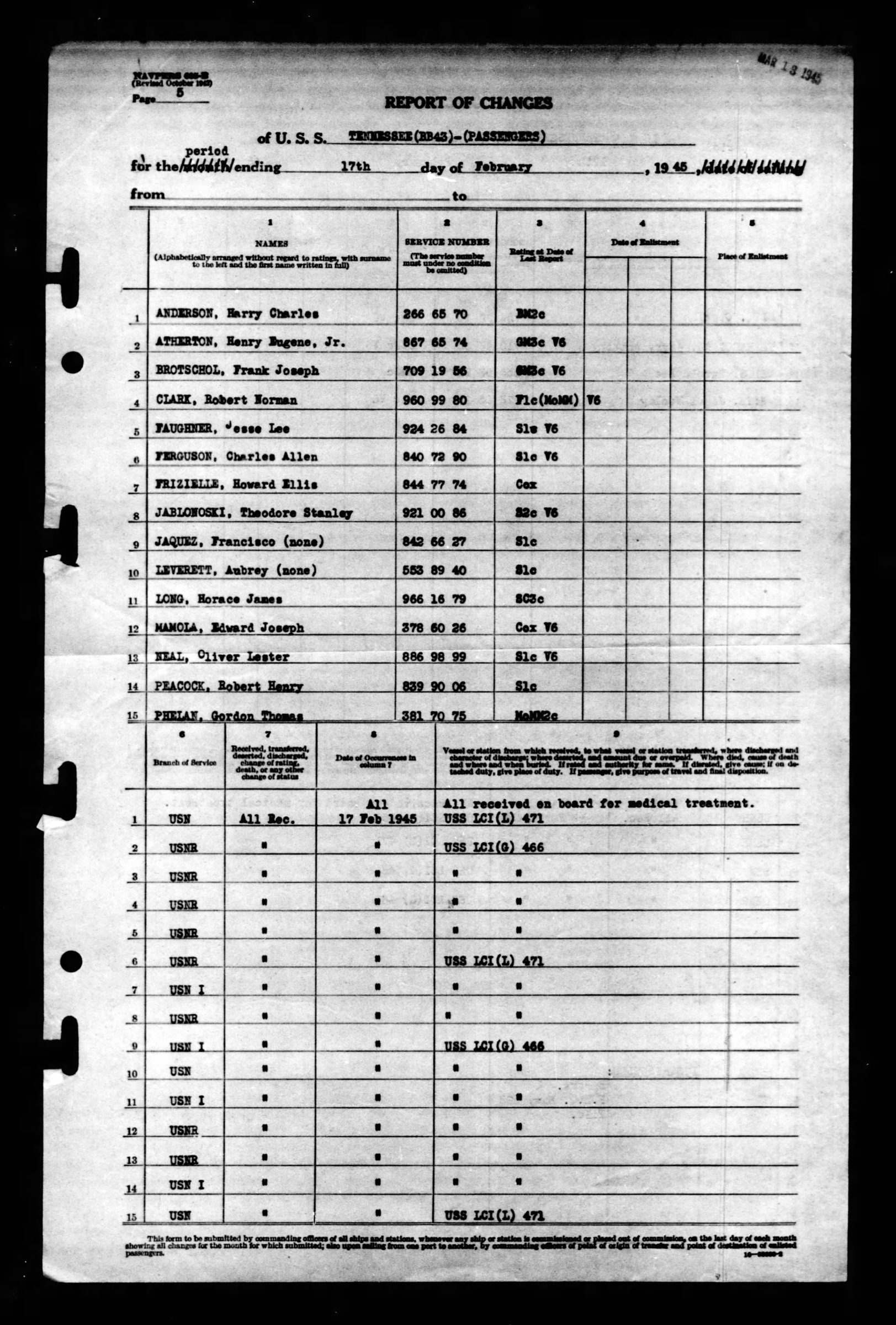 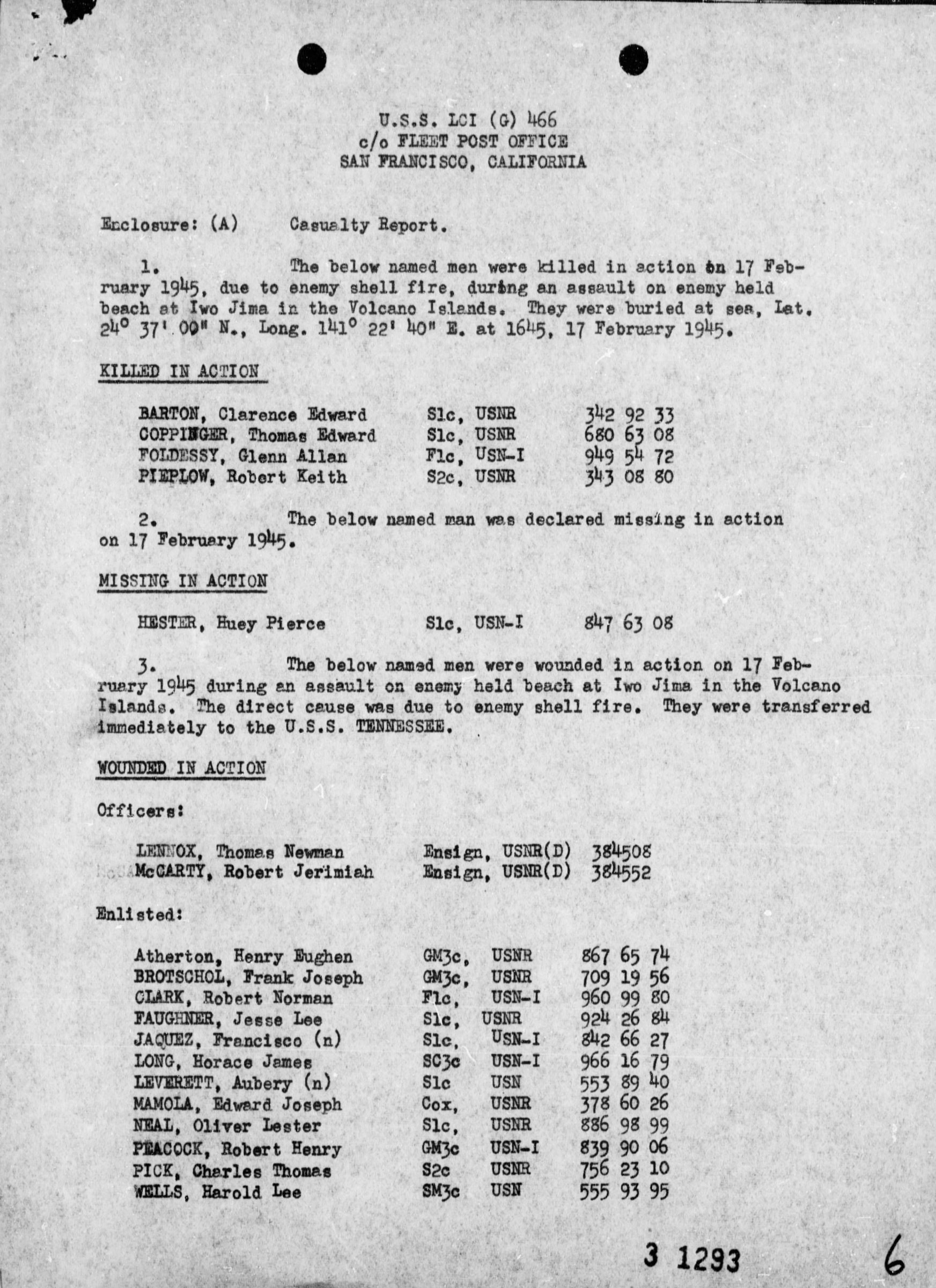 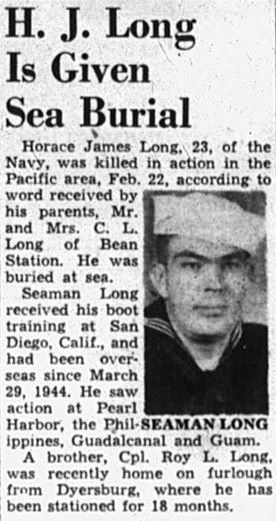