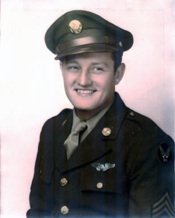 The crew was flying in B-17 42-29856, Patches, when the plane was hit by flak over Wiener Neustadt, Austria, 10 May 1944. With Number 2 engine on fire, a bail-out was ordered. Most of the crew bailed out. Stewart was last seen trying to open the waist door of the war-weary bomber. It is presumed he lost consciousness. He went down with the plane. The other eight crew members were captured. Officers were confined at Stalag Luft III, and the enlisted men were imprisoned at Stalag Luft IV.

Buster (that is what all his family and friends called him) was a happy person. When we were dating, you could hear him coming down the street whistling. My grandmother would always say, “Here comes Buster.” He loved to dance and was a very good dancer.
-Submitted by his widow, Doris S. Chandler

Veteran Looks for Late Veterans Family
29 September 1993, Knoxville News Sentinel
By Mike Flannagan
The 48th annual American Ex Prisoner of War Convention, Which will take place Tuesday through Oct. 10 at the Knoxville Convention Center, will bring together men who survived the terror of being captured by the enemy.
But for one soldier – Joseph O’Donnell of Robbinsville, N.J. – coming to Knoxville brings back memories of his first flying mission in 1944. O’Donnell was flying through heavy flak over Germany. With him in the plane was his waist gunner, Horace “Stew” Stewart Jr. of Knoxville.
Stewart did not come back from that mission, and O’Donnell was captured after the plane went down.
O’Donnell would like to find the Stewart family while in Knoxville. He met Stewart’s wife, Doris and family after Stewart was killed in action in 1944, but has since lost contact with them.
“Stew was a first sergeant who got into trouble for fighting a recruit and was transferred into the aerial gunner squad,” O’Donnell said.
The two soldiers met during training in Salt Lake City, Utah in 1944. They proceeded to Wiener Neusladt (New Vienna) to fly their first mission in Germany, attempting to take out protected targets in Berlin, which included an oil field.
O’Donnell said the old B-17 bomber that his crew was flying was hit by anti-aircraft fire and burst into flames. Stew never made it out of the plane. O’Donnell parachuted out and was captured by the German army. 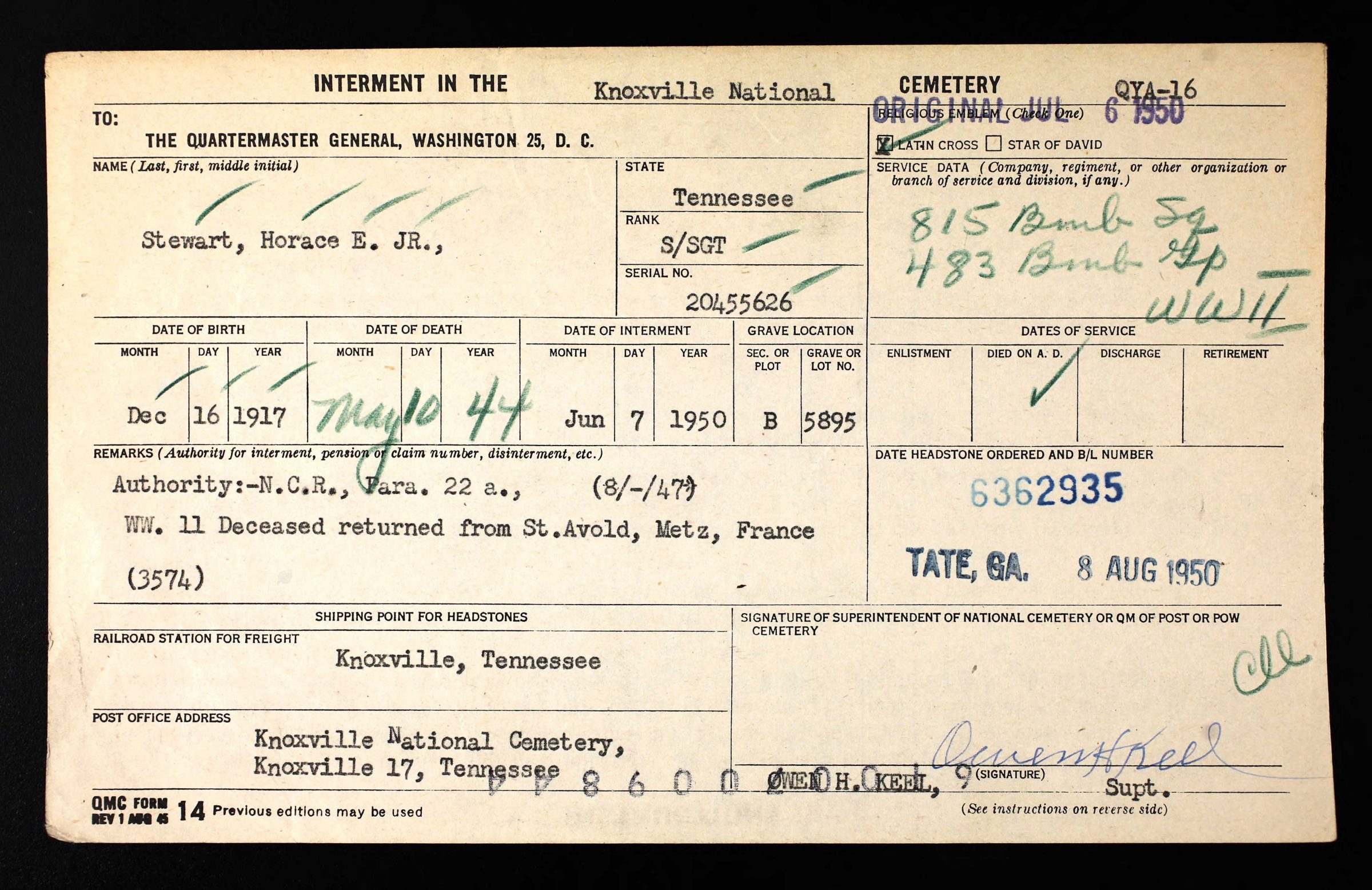 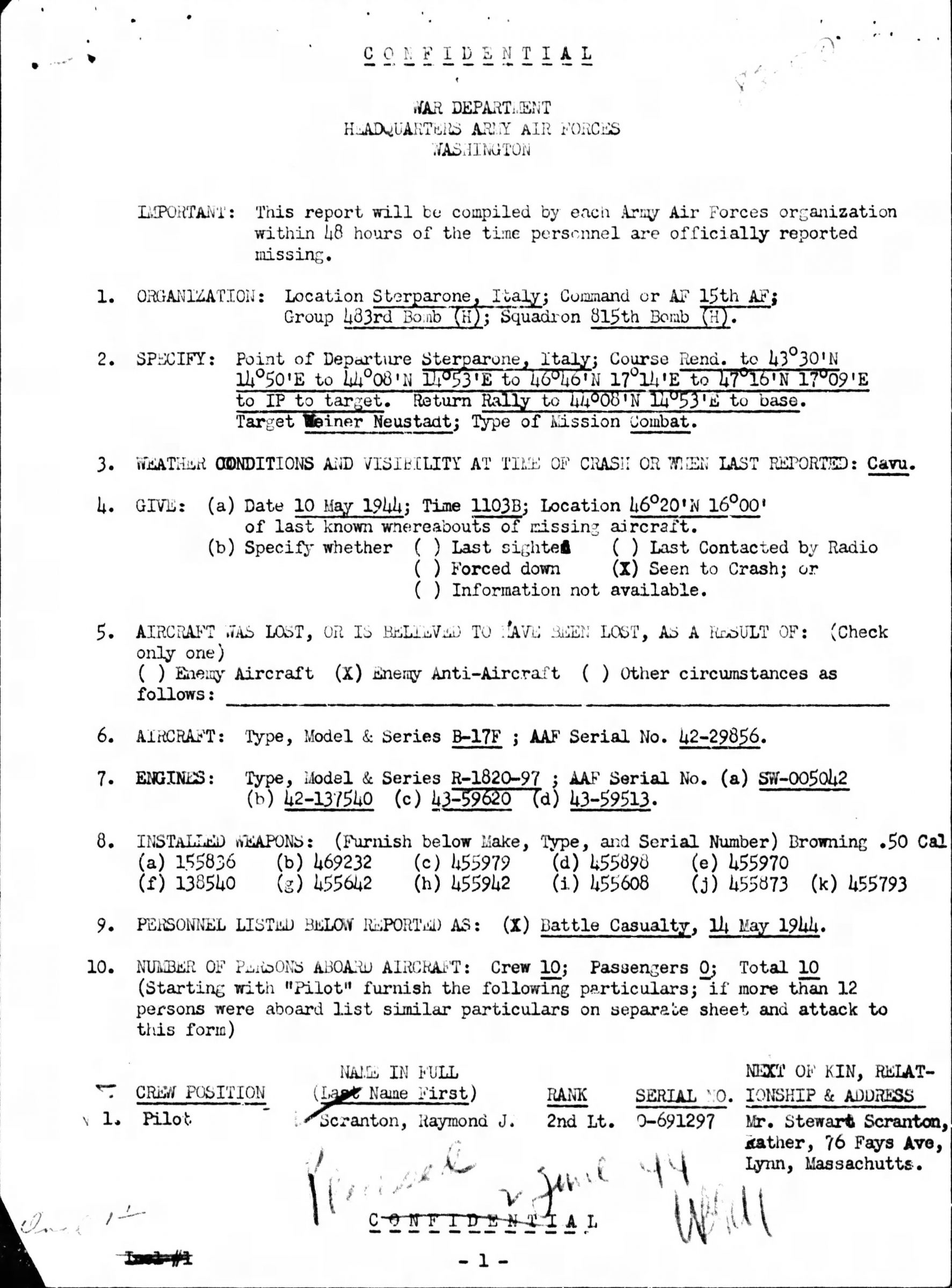 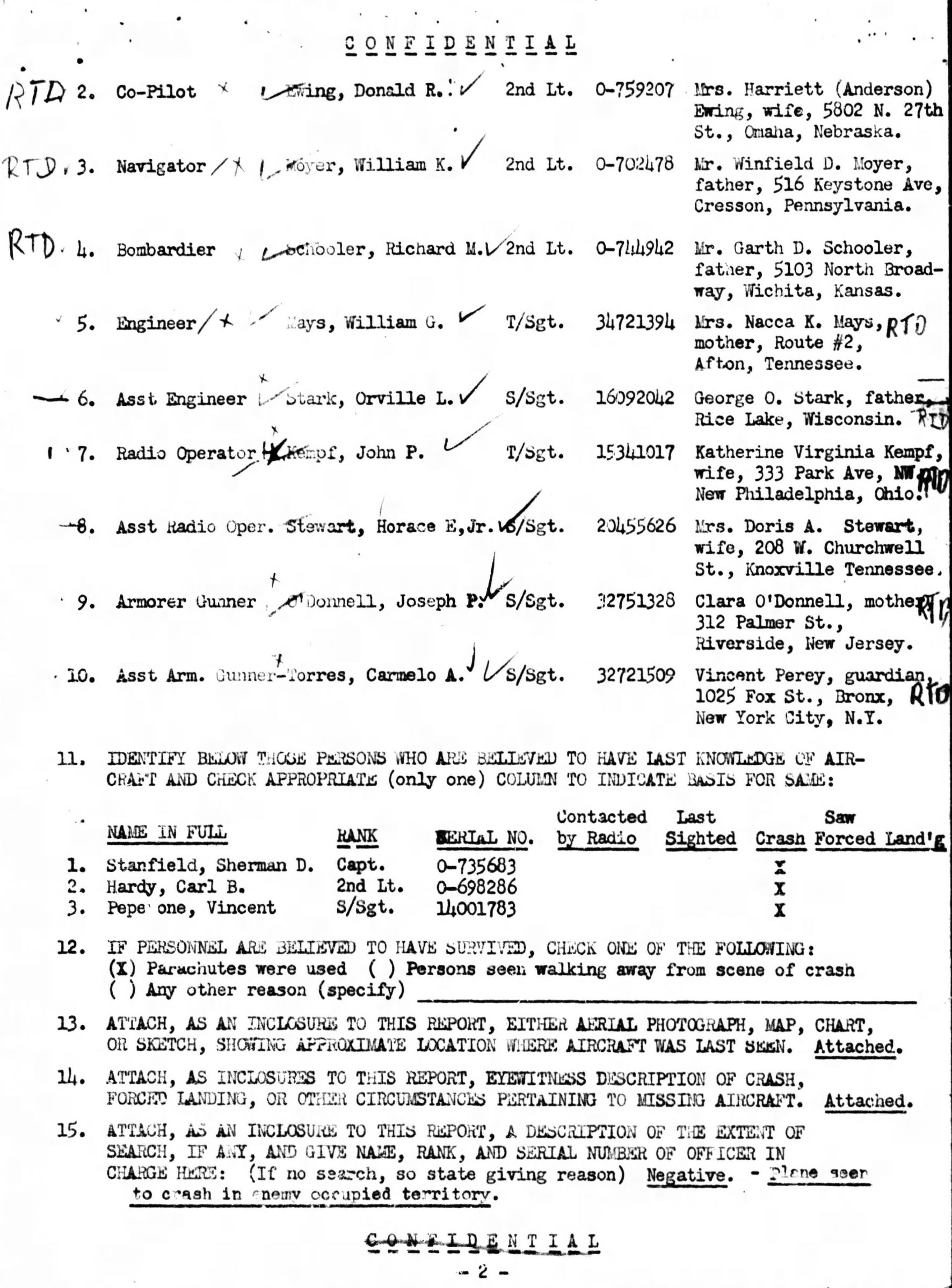 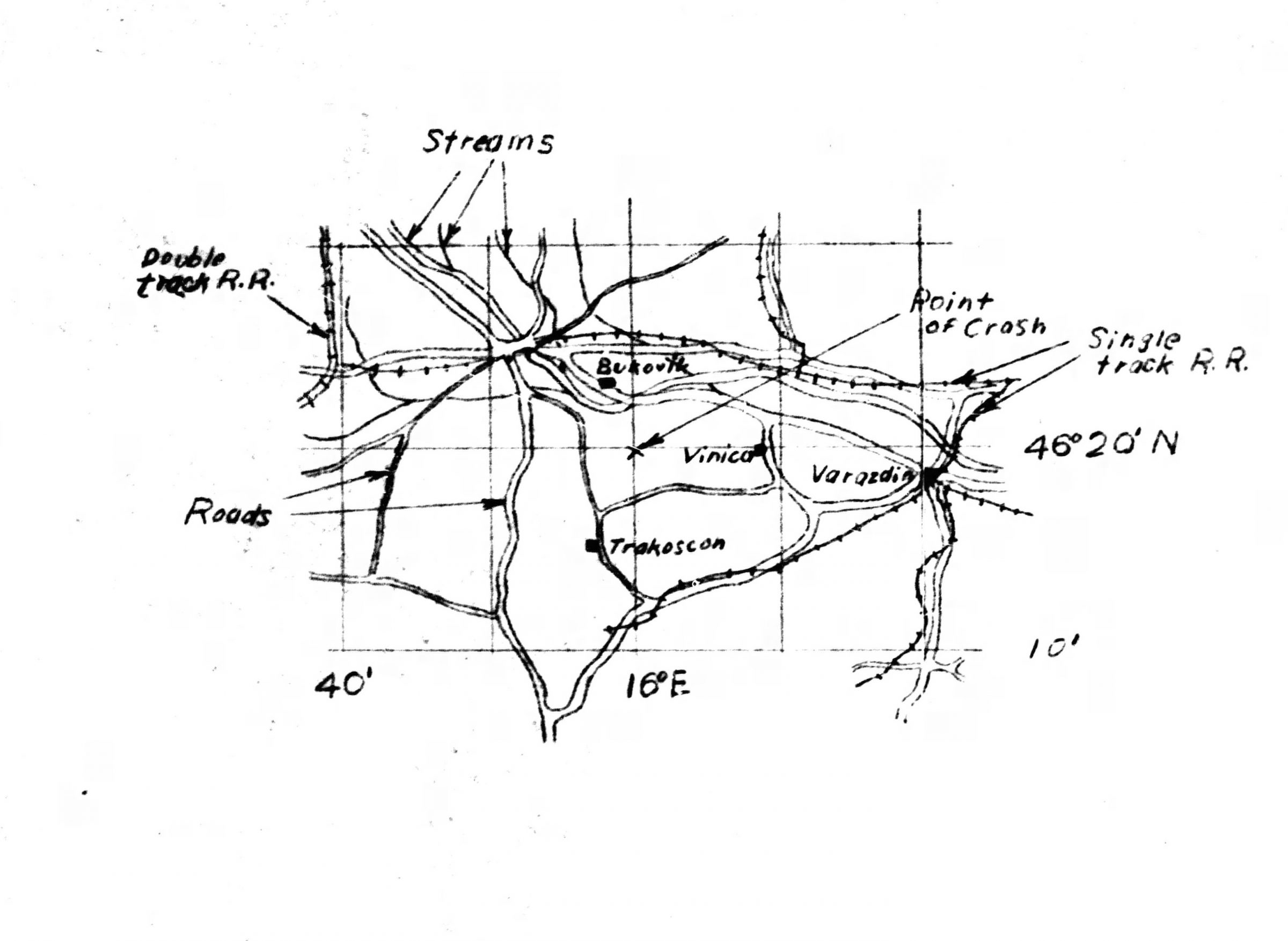 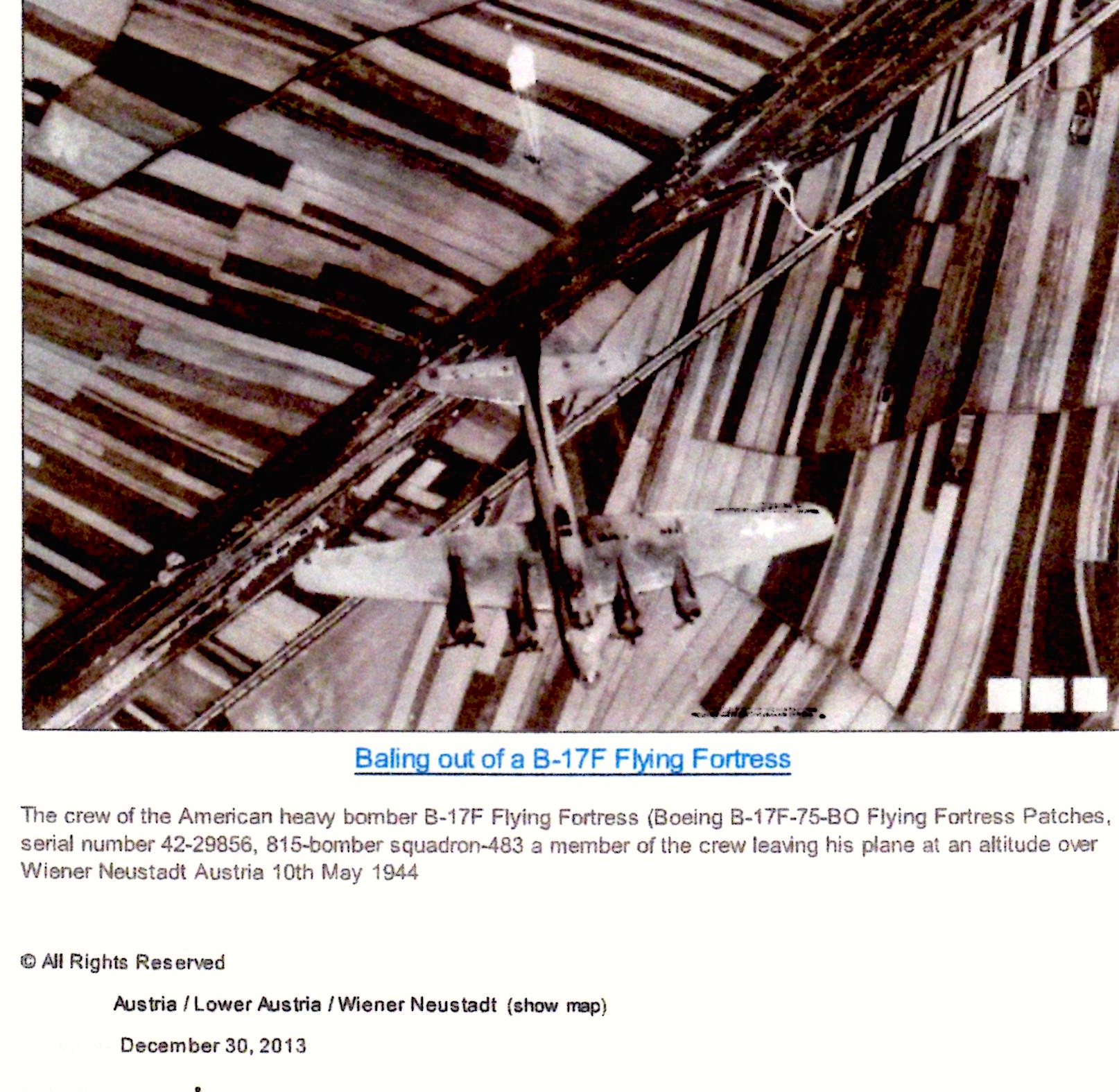