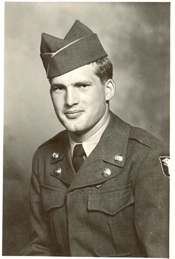 Homer Ray Costner was born December 9, 1931, in the Rockford community of Blount County. He was the son of William Ollie Costner and Arvie Jane Sparks Costner. His father died when Homer was four years old, and he was raised by his mother and brothers. He grew up in the Mount Olive community and attended Young High School in South Knoxville. He joined the United States Army on January 4, 1951, and was sent overseas on May 16, 1951. Homer was assigned to the 23rd Infantry Regiment, 2nd Infantry Division, and was promoted to the rank of Sergeant. While engaged with the enemy on December 30, 1951, Sgt. Costner was killed in action in North Korea. Sergeant Costner was returned to Knoxville two and a half months later for funeral services. A church service was held at Pecks Memorial Chapel in Maryville, TN, on Thursday, March 13, 1952. Homer was laid to rest in the church cemetery with VFW Post number 5154 from Maryville providing full military honors. Sgt. Costner was survived by his mother, brothers, Raymond, who was in the Air Force stationed at Camp Kilmer, and Carl Costner of Knoxville, grandmother, Mrs. J.T. Sparks, and grandfather, John Costner. Sergeant Costner was awarded the Purple Heart, the Combat Infantrymans Badge, the Korean Service Medal, the United Nations Service Medal, the National Defense Service Medal, the Korean Presidential Unit Citation, and the Republic of Korea War Service Medal. 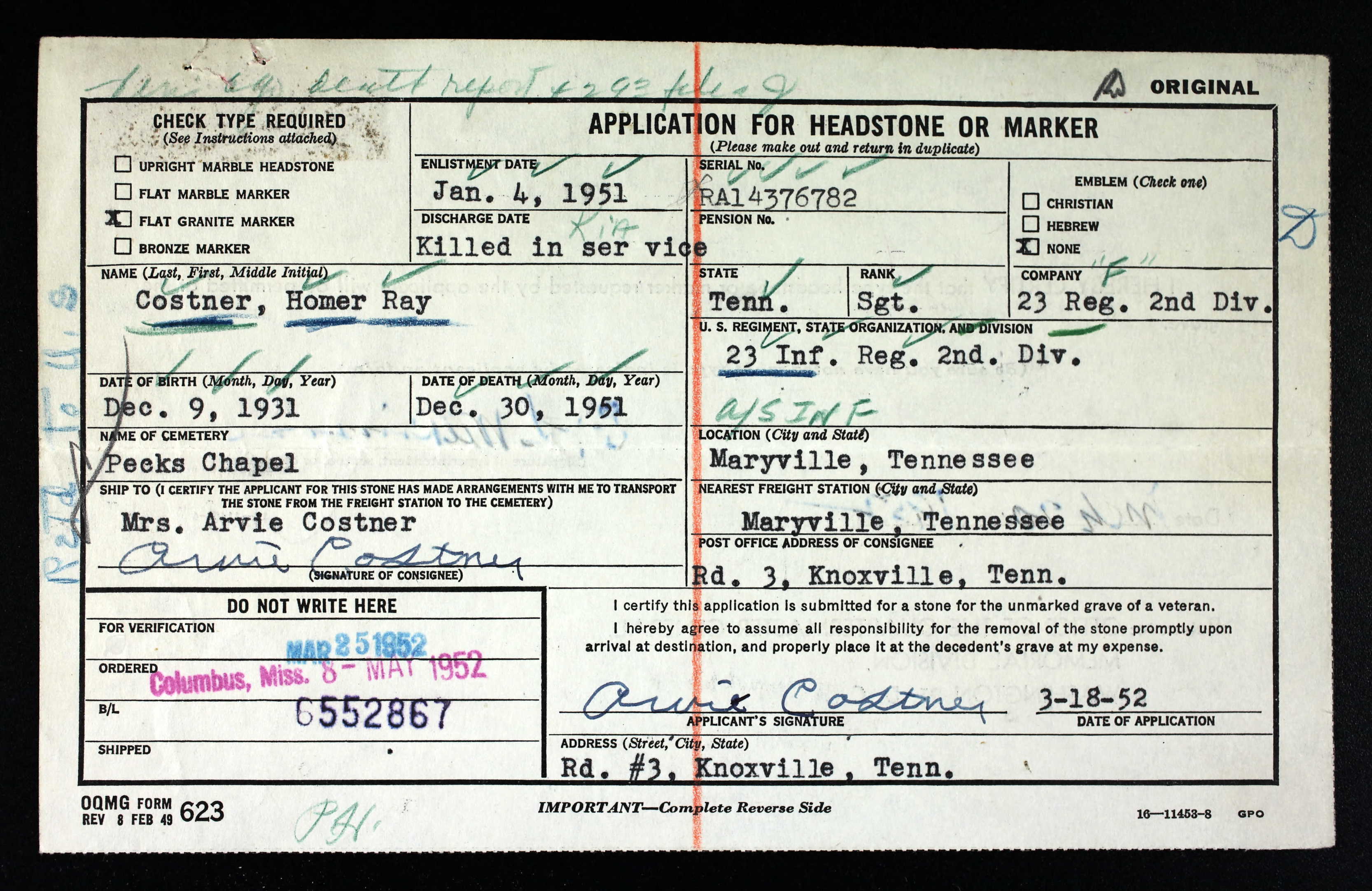