Homer Lee Moneymaker was born in Fountain City, TN. He died of electric shock when he was struck by lightning while at work.

Homer L. Moneymaker was an Army combatant against the enemy who earned substantial numbers of awards and decorations, beginning with the Bronze Star Medal, the Combat Infantryman’s badge, and Purple Heart.

If anyone has information regarding this veteran, please contact Robert Johnson, (623) 546-3410, Robersabel@aol.com 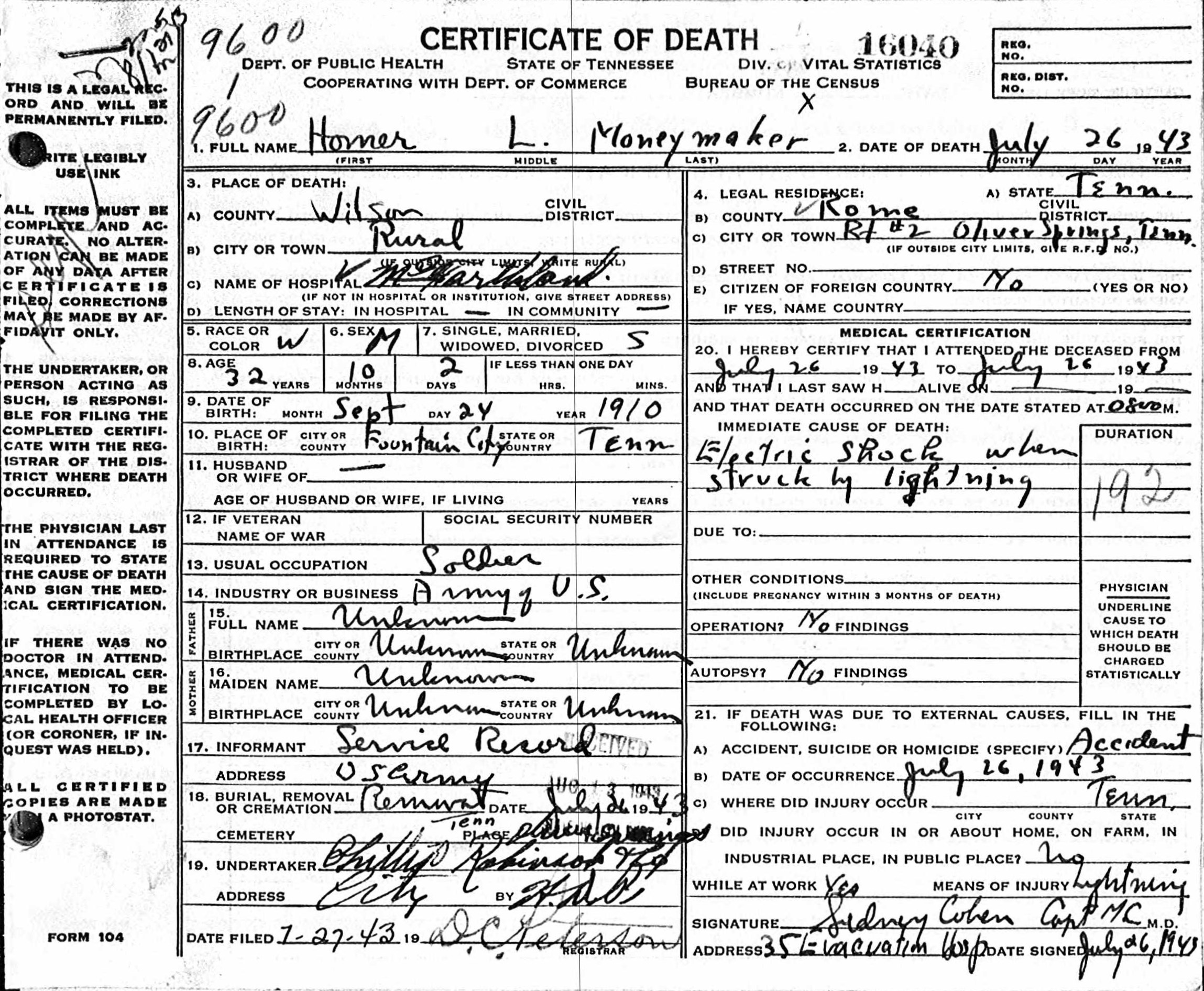 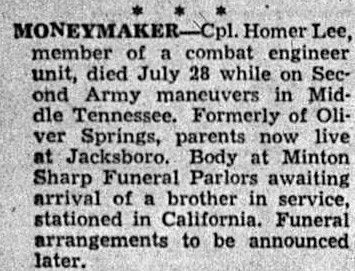