The Knoxville News-Sentinel, January 17, 1945
Pvt. Homer C. Conway, 25, son of Albert H. Conway, of Polk, R.D. 1, was killed in action on Nov. 9, the War Departent has announced. He had previously been listed as missing in action. Pvt. Conway enlisted for service in February, 1944, after having previously served for three years in the Army. He was with an infantry unit at the time he was killed. His wife, the former Ann Montgomery, resides at Knoxville, Tenn. Pvt. Conway attended the Reymolds district school in Frenchcreek Township, where he resided for 15 years. He was a member of the Reynolds Methodist Sunday School. 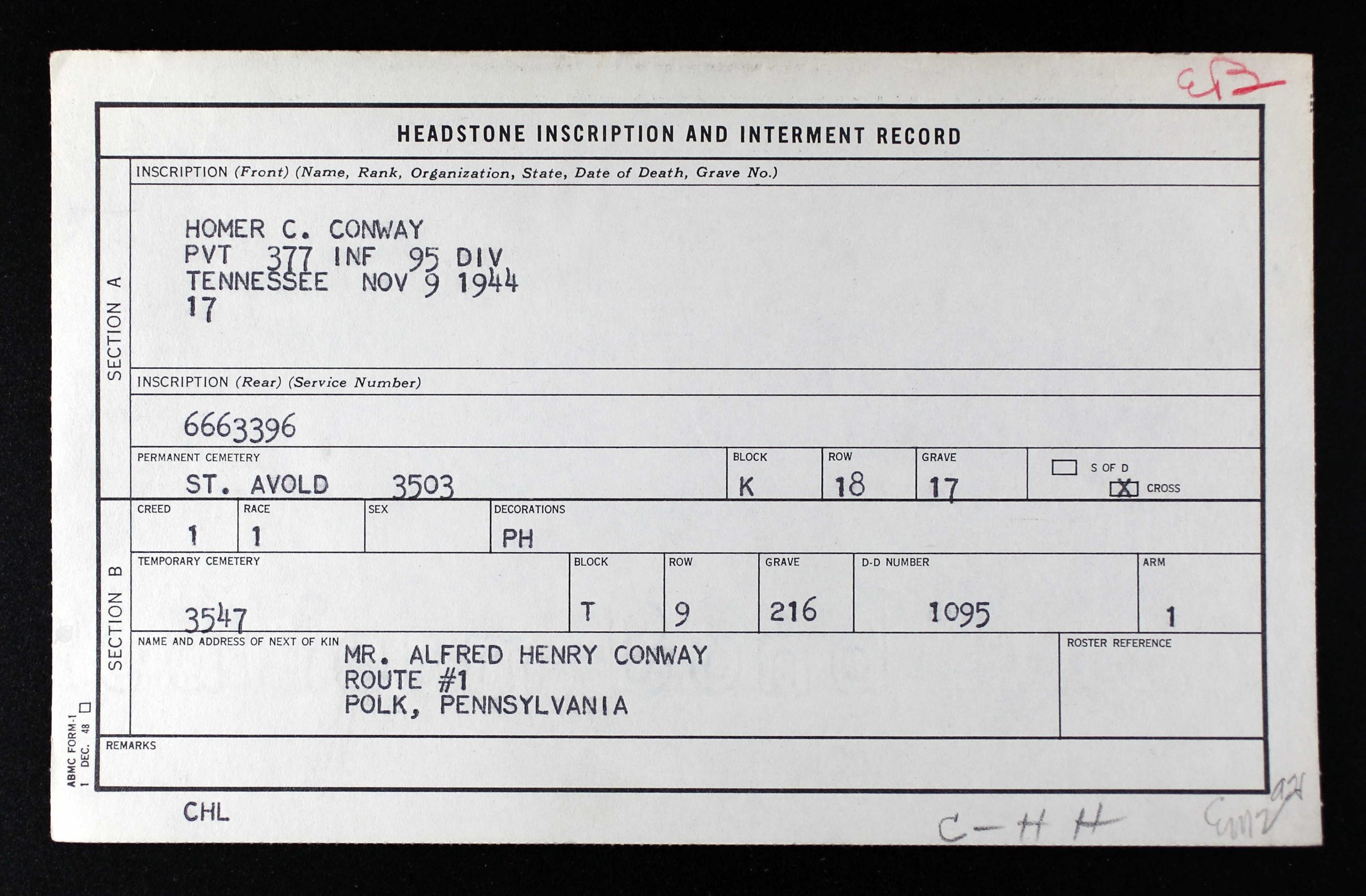 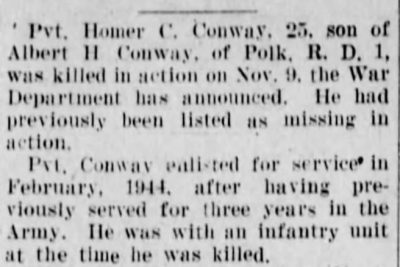