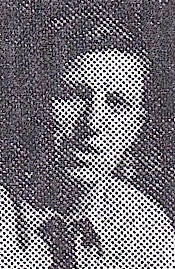 Historical Note: The 736th Tank Battalion Special was attached to the 78th Division on 25th of January 1945. On the 30th of January the Division began its attack against the Siegfried Line and took the German town of Kesternich.

Clinton Courier News, March 15, 1945
Above right is a picture of Pvt. Homer Goodykoontz, 22, son of Edgar M. Goodykoontz of Briceville. Homer was killed in action in Germany on Jan. 3, the message having been received a few weeks ago. The boy around whose shoulders Pvt. Goodykoontz has his arms is Clyde Stark, not stationed at Camp Funston, Kansas. Homer’s brother, S.Sgt Chalma R. Goodykoontz is in Italy. There are two other brothers, P.L. of Briceville and W.B. of Middlesboro, Ky., and a sister, Mrs. Josephine Braden of Briceville. 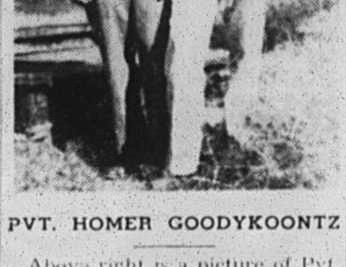 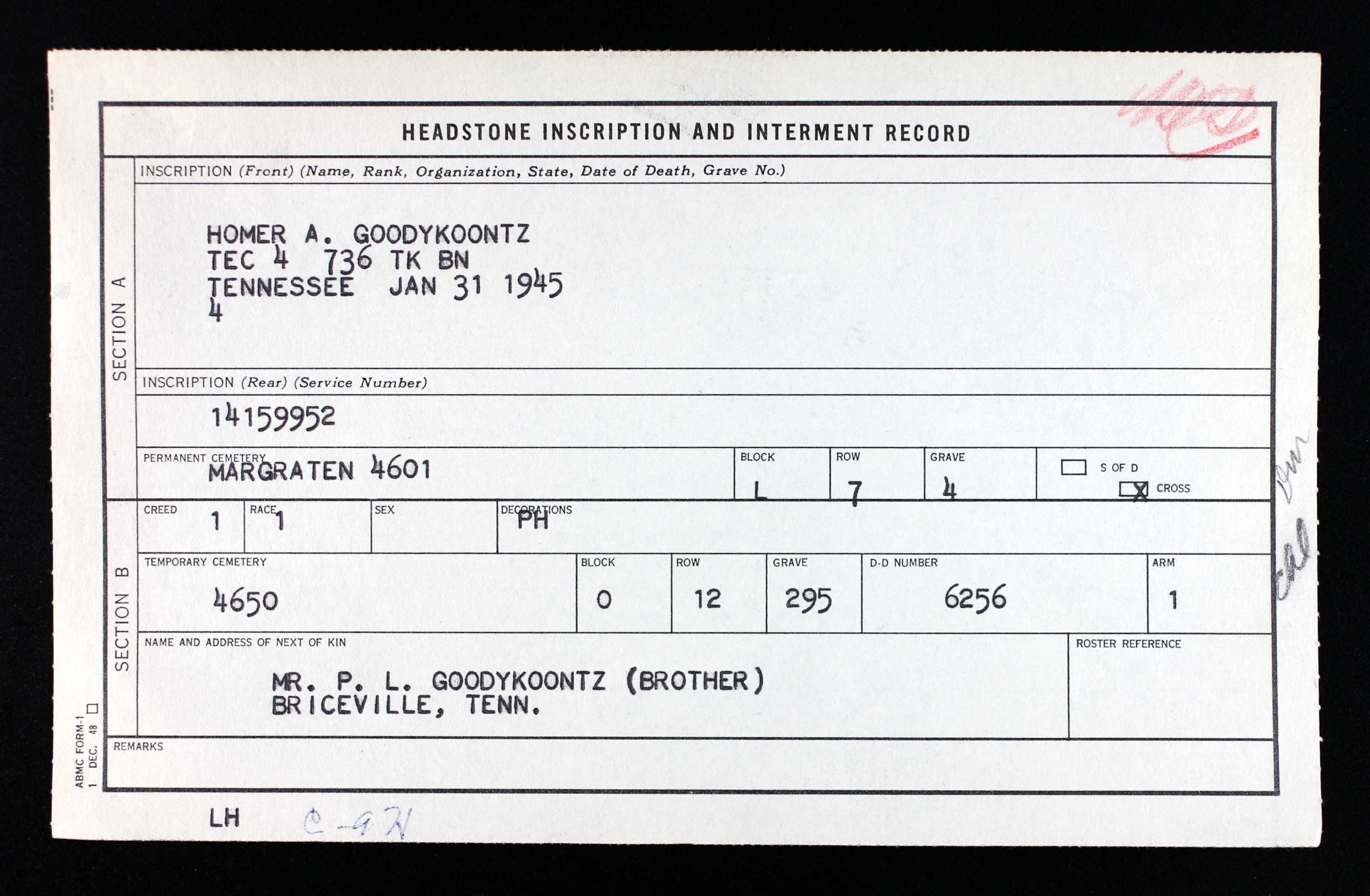 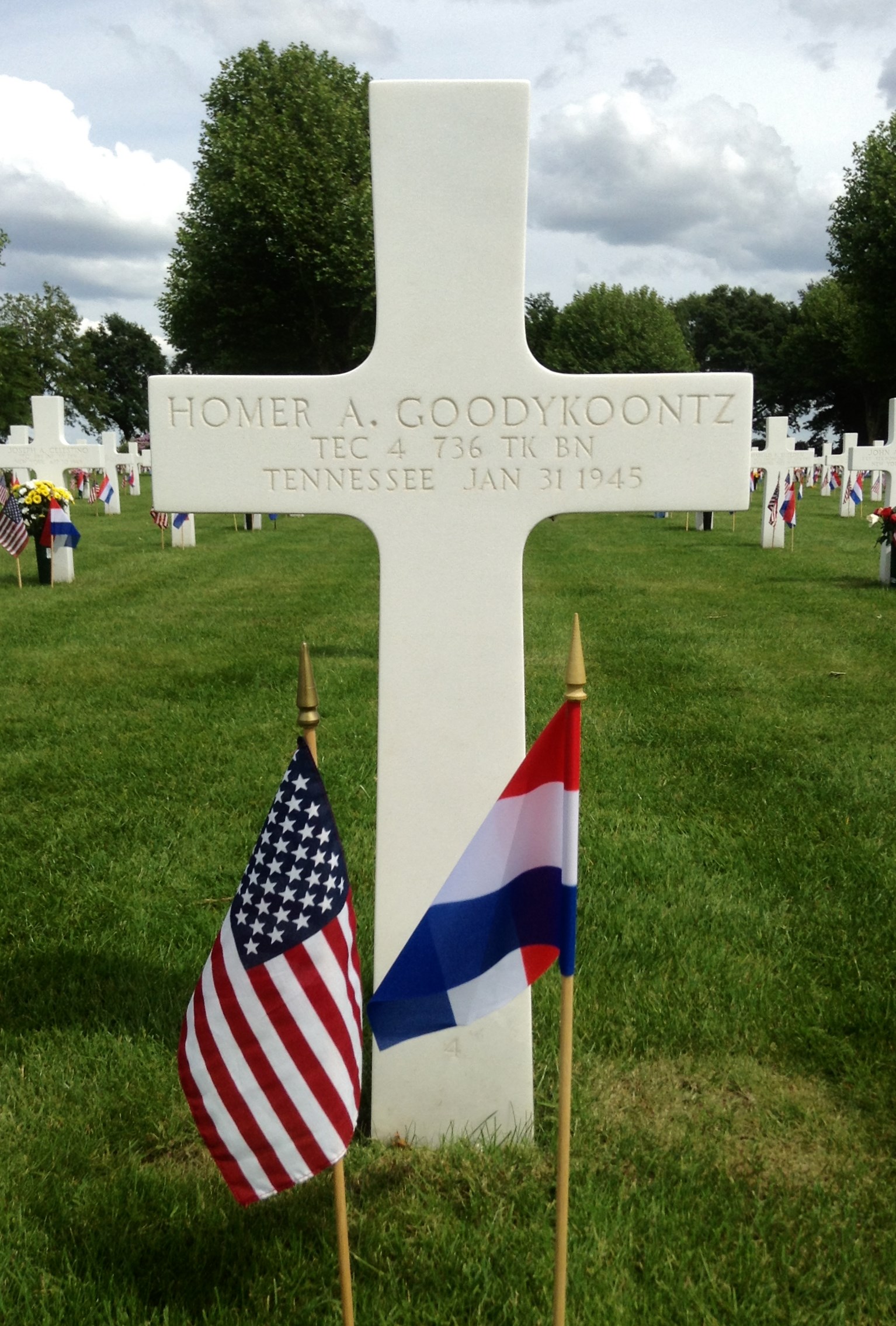